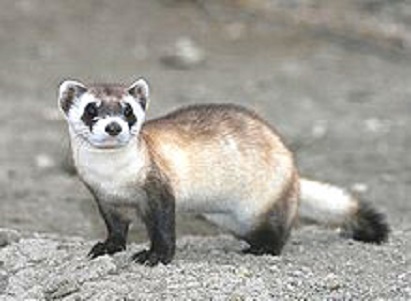 Don’t ask why or how, but last week, while gathered with friends, I was asked a question about ferrets. Not knowing that much about them, I decided to look into it.

What I discovered about the little furry animals was most interesting.

Although I know a few people who have had ferrets as pets, I didn’t realize they were the third most popular pet, behind only dogs and cats. They are popular, although often controversial. My wife and I had a pet, 10-year-old, Holland lop rabbit. I would have bet, if I were a gambling man, and based on conversations with a multitude of people who care for them, that rabbits were more popular than ferrets.

Ferrets have the size and shape of a zucchini, and are related to European polecats. They are not to be confused with skunks which are sometimes colloquially called polecats, but related more to wolverines, ermines, minks and weasels.

The ancient Greeks probably domesticated ferrets about 2,500 years ago to hunt vermins. The practice spread across Europe, especially with sailors who used ferrets on ships to control rats. Ferrets were introduced to America in the 1700s.

A 1490 painting by Leonardo da Vinci named Lady with an Ermine, actually shows her holding a ferret.

Ferrets are carnivores, meaning they eat only meat. According to the American Ferret Association, domesticated ferrets typically eat factory-made chow. A healthy diet for pet ferrets consist of 36 percent protein, 20 percent fats and is low in carbohydrates. A healthy ferret will sleep up to 18 hours a day.

Male ferrets are known as hobs and females are called jills. In the wild, hobs and jills mate around March and April. Following a gestation period of 35 – 45 days, a jill will give birth to one to six kits. Kits will stay with the mother for about a month and a half, leaving the mother as autumn approaches. They become sexually active at one year old. In captivity ferrets can live up to 12 years, but the actual life expectancy is 7-10 years.

Unlike dogs, ferrets have not yet been rigorously studied when it comes to social cognition. According to Hungarian researchers, their early history in service to man is obscure, but have probably been domesticated for more than 2,000 years through selective breeding. Like dogs, ferrets were originally bred for practical reasons like hunting. However, their role within human society has since shifted, as they are now predominantly pets.

Most ferrets will live happily in social groups. A group of ferrets is commonly referred to as a “business.” They are territorial, like to burrow, and prefer to sleep in an enclosed area.

When excited, ferrets may perform a behavior commonly called the weasel war dance, characterized by a frenzied series of sideways hops, leaps and bumping into nearby objects. Despite its common name, this is not aggressive but is a joyful invitation to play. It is often accompanied by a soft clucking noise, commonly referred to as “dooking.” Conversely, when frightened, ferrets will make a hissing noise; when upset, they will make a soft ‘squeaking’ noise.

Although most domesticated ferrets were introduced by Europeans, there is only one that is native to North America. It is the black-footed ferret, and its existence is in trouble. The U.S. Fish and Wildlife Service is proposing to use unmanned aerial drones to rain peanut-butter laced pellets down on northeast Montana, where the ferrets reside. The pellets contain a vaccine against the plague, which is common in prairie dogs. Prairie dogs consist of 90 percent of the ferret’s diet. As Americans moved west, prairie dog eradication programs and agriculture and development removed much of the ferrets’ prey and habitat, and by 1987 only 18 of the ferrets remained.

The International Union for Conservation of Nature’s (IUCN) Red List of Threatened Species categorizes black-footed ferrets as endangered. There are currently only around 206 mature adults in the wild and their population is decreasing. This is due greatly to the prairie dog population decline since prairie dogs are a major food and shelter source for wild ferrets. They will also eat small mammals such as opossums, rabbits, hedgehogs and rodents, but prairie dogs are the fare of choice.

So, by feeding the prairie dogs with the vaccine they would stay healthy, which in turn would help the black-footed ferrets.

So, domesticated ferrets don’t have it all that bad, like dogs and cats.

What is the lowest scoring game in Super Bowl history?