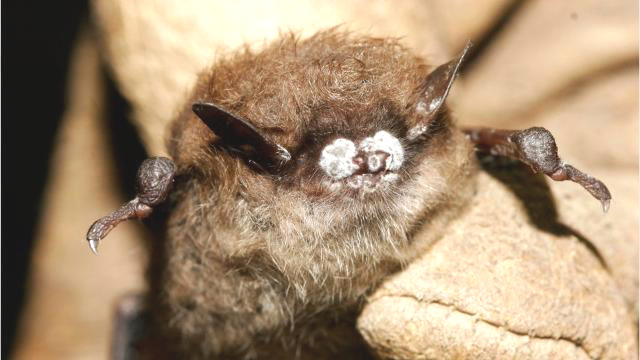 The biggest complaint I have heard this summer from numerous people is the extremely high number of mosquitoes that have pestered us. I had noticed it myself but attributed it to the cold and wet spring and early summer.

However, there is another reason for the unusual number of those little blood suckers.

Bats. Or the lack thereof.

We have noticed at camp the void of bats that usually fly around at night. We have seen none. And, last week while at a friend’s home for an evening cookout, I noticed a number of bat houses around. When I asked him about them, he said that in the past, they had several bats flying about, but none this year. Not one has been spotted.

What is going on with that?

According to scientists, a fungus known as white nose syndrome is the culprit. Scientists have concluded the fungus has destroyed in excess of 90 percent of the bats in some populations, ranging from Texas and Florida, as far west as Washington state and all the way to the northeastern U.S.

The Smithsonian Magazine approached the subject in 2011 when the problem was first descried as “catastrophic” and the “worst epidemic in years.”

Spores of the fungus Pseudogymnoascus destructans seem to be both the source and cause of the devastating disease, especially for bats hibernating by the millions in the northeastern U.S. In the four years prior, around 2007 – 2011, an estimated one million bats had already died from the fungus.

The virus was first found in upstate New York in early 2006 when the bats began acting oddly, flying during the day, far from their caves, during brutally cold weather, all uncharacteristic behavior.

Zach Peery, Ph.D., a professor of forest and wildlife ecology at the University of Wisconsin-Madison, believes it’s time to step up and implement more vigorous strategies for preventing their waning populations. Peery explains, “Bat declines resulting from white nose syndrome and other factors may compromise potential mosquito suppression, but they also provide opportunities to test the hypothesis that bats limit mosquitoes through a natural experiment.”

A recent study published in the Journal of Wildlife Diseases said the white nose syndrome fungus striking bats in such great numbers isn’t necessarily fatal, but if they survive the initial infection, it may still negatively impact the ability of females to reproduce.

A white nose death is grisly. The fungus hits when the bats’ breathing is low and their tiny heartbeats are at an ebb during hibernation. Scientists at the U.S. Geological Survey and the National Institutes of Health theorize that the bats die when they awaken from hibernation, and their reactivated immune systems go overboard in an attempt to eliminate the intruding disease, destroying the illness but also tissue bats need to live.

However, while preventive measures have been unsuccessful, there has been a recent breakthrough. Some of the most recent information is that the fungus grows on, not just the noses, but also the ears and wings of bats, striking them as they hibernate and causing them to wake up and burn off the fat stores needed for survival. The fungus is known to thrive only in cold, dark environments (such as caves) with a strict temperature range of 39 – 68 degrees F, so it can only affect bats during hibernation.

A combined research team involving the University of New Hampshire, the U.S. Department of Agriculture, and the U.S. Forest Service, may have found a possible “Archilles heel,” as the fungus is highly sensitive to UV light. It seems the fungus lacks a key DNA repair enzyme. When exposing the fungi to different UV light intensities, even for a few seconds, and observing how each behave, Jon Palmer, Ph.D., a research botanist in Madison, Wisconsin, wrote, “It is unusual that P. destructans appears to be unable to repair damage caused by UV light. Most organisms that have been found in the absence of light maintain the ability to repair DNA caused by UV light radiation. We are very hopeful that the fungus’ extreme vulnerability to UV light can be exploited to manage the disease and save bats.”

Current evidence indicates that WNS is not transmissible from bats to humans., based on the fact that the fungus only grows in temperatures from 39-68 degrees F., much lower than that of the human body. Also, no human infections have ever been documented after exposure to WNS-infected bats or caves.

Although WNS does not cause illness to humans, a small percentage of bats can be infected with other dangerous diseases, such as rabies. Bats infected with either WNS or rabies may exhibit unusual behavior, which increases the risk of bat-human contact and exposure.

Declines in bat populations can impact human health indirectly since humans depend on bats for important ecosystem services such as controlling pest insects.

What started in New York in 2006 had spread to more than half of the United States and five Canadian provinces by August 2016, leaving millions of dead bats in its path. WNS causes high death rates and fast population declines in the species affected by it, and scientists predict some regional extinction of bat species, one of which is the little brown bat that is the most common in our area.

Litter pick up groups out Friday, August 10 in China Local athletes compete in track and field
Scroll to top