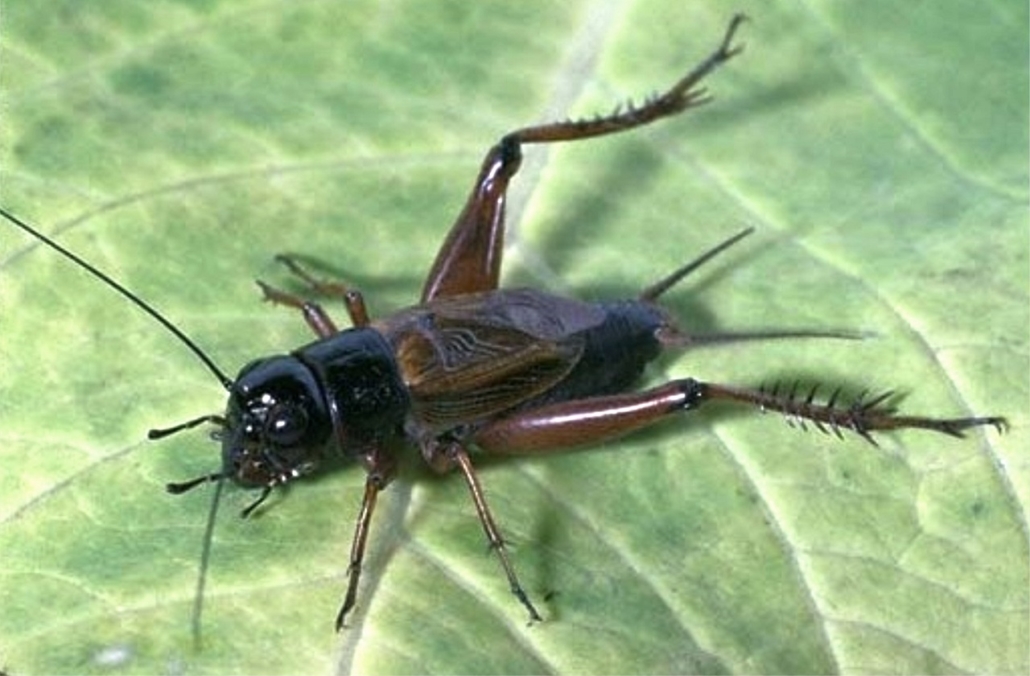 Over the past 50 years or so of my adult life, I have been involved in many activities, including coaching sports at the youth and high school levels, and have done my share of local political participation. So, in exposing myself to critics, I have been called some unflattering names. Some more colorful than others. But, one thing of which I have never been accused is being a nerd.

So, with that, I must make a confession. Although skeptical at first, I have become a follower of the now defunct TV sitcom, The Big Bang Theory. That group of nerds deals solely in science, and very rarely on practicality. My original evaluation of the show was that no one could be that nerdy. So, in one recent rerun episode, Sheldon, the “top” nerd of the group, talked about the Snowy Tree Cricket.

That was a good one. Who made up that name? It sounds contrary to anything about crickets I know. Well, I looked it up, and sure enough, it actually exists. 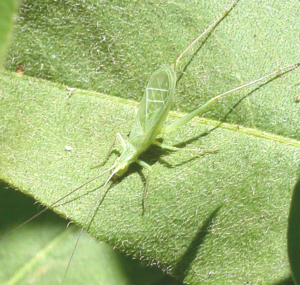 This is what I found. The snowy tree cricket, Oecanthus fultoni, also known as the thermometer cricket, is a species of tree cricket from North America. It feeds on leaves but also damages fruit. The chirp of this species is often dubbed onto sound tracks of films and television shows to depict a quiet summer’s night, or ridicule from an audience attending a comic’s show when they don’t think the joke was funny. The rate of chirp varies depending on the heat of the environment, allowing a listener to estimate the temperature.

The cricket’s common name of the thermometer cricket is derived from a relationship between the rate of its chirps and the temperature. An estimate of the temperature in Fahrenheit can be made by adding 40 to the number of chirps made in 15 seconds. Before 1960, the name Oecanthus niveus was wrongly applied to this species. Oecanthus fultoni was named in honor of Bentley Ball Fulton (1880 – 1960), an American entomologist who laid the principal groundwork on North American cricket classification.

Of course, if you are really interested in using the snowy tree cricket as a thermometer, you should calibrate your local crickets against a thermometer placed near where they sing. Count their chirps per minute at a variety of temperatures, graph the results, draw a line that fits the points, and use a little algebra to arrive at a handy formula.

The species is about a half inch long and is light green with translucent light green wings. It has black marks on the first and second antennal segments, that are either round or oval shaped, and is about half the length of a segment. The antennae are longer than its body and it has a small head. The eggs are pale yellow and shaped like a kidney. Its nymphs are pale and slender with wings that are not completely developed. The nymphs develop wings slowly. It has one generation per year.

Tree crickets, unlike the large black crickets that occasionally enter houses, these are small brownish or greenish crickets. On warm summer evenings they make the familiar chirping sound that fills the night air, as males rub their wings together to attract females. The “song” is produced by frictional movements of roughened veins at the bases of the forewings. Like many other animals, the chirping is a prelude to courtship and mating.

When most people think of crickets, they are probably referring to the large, black or brown crickets. Although they make loud chirping sounds in spring and early summer, they are very different from smaller tree crickets that produce the predominant sounds on warm summer nights. Field crickets can be a nuisance with their annoying, incessant chirping, especially when you are trying to sleep. Like master ventriloquists, it is difficult to locate their origin. They are usually in very inaccessible locations, such as under furniture or appliances. Their presence in the home is considered an omen of good fortune in many parts of the world, and, in China, they are kept in captivity. Since they are omnivorous, they may nibble on a variety of foods, including food-stained clothing. They also have a taste for beverages, including beer.

American novelist Nathaniel Hawthorne said of the snowy tree cricket’s chirps, “If moonlight could be heard, it would sound just like that.”

The species can be found throughout the United States except the southeastern part of the country. In Maine, they are predominantly in the southern part of the state, to include Ox­ford, Cum­ber­land, York, An­dros­­coggin, Sagadahoc, Kennebec and Lincoln counties. It exists in most fruit-growing states and provinces in eastern North America. It is located in shrubs, vines, fruit trees, broad-leaved trees, and oaks. The cricket can rarely be found in grass. Adults of the species can be found from mid-July to mid-November. The cricket can sometimes be so high in oak trees that its chirp is the only way to identify it.

Both nymphs and adults feed on leaves and their feeding causes barely any damage. The cricket is known to destroy apples, plums, peaches, and cherries. The female drills a hole into a twig’s cambium in which to lay its egg. It then makes a row of punctures on one side of the hole and seals it with either excrement or chewed plant tissue once the egg is placed. Adults of the species eat holes in ripe fruits which results in the fruit rotting. It normally does not cause any damage in orchards that are consistently sprayed.

There is yet more to know about the song of the snowy tree cricket. Although Sheldon talked about it, the cricket never did make an appearance.

In how many Stanley Cup finals did Boston Bruins’ defenseman Bobby Orr play?

Roland’s Trivia Question for Thursday, April 30, 2020 Who is that masked man?
Scroll to top