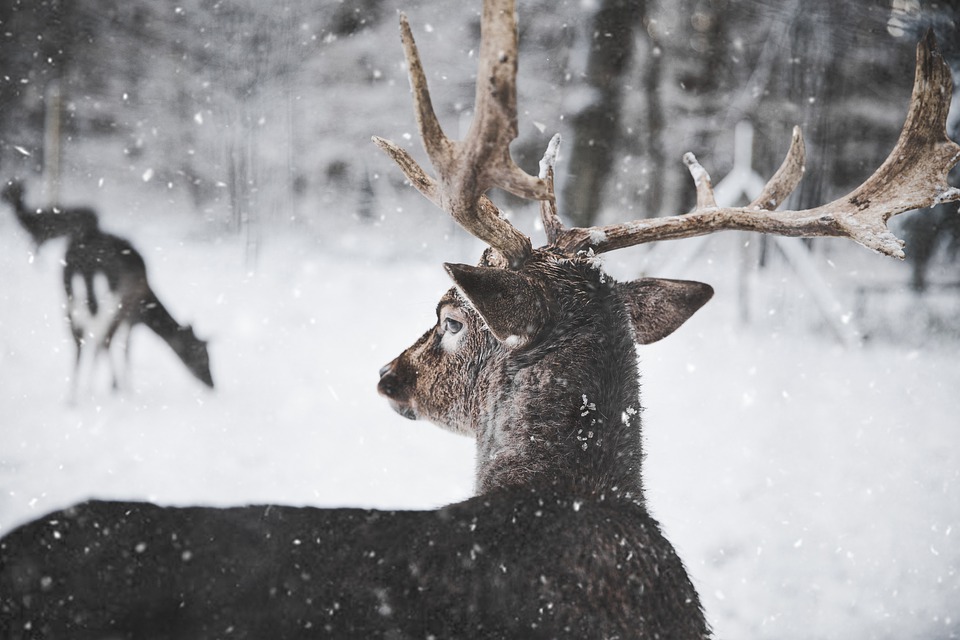 During the blizzard that swept through our area a little while back, I was standing at my kitchen window, watching the bird feeders. To my surprise, even during the peak of the storm, with heavy snowfall and howling winds, the birds kept coming to the feeding stations.

That got me to thinking. How do these animals and birds survive these harsh winters?

So, I decided to do some research on the white-tailed deer. I had recently read an article that said the “mild” winter so far made it easier for the deer to move in search of food. That all changed that weekend. Now that there was a significant amount of additional snow on the ground, how will they survive the remainder of this season?

White-tailed deer have developed a set of adaptations that enable them to survive the deep snow and cold temperatures that occur in Maine. Maine is the northern-most point of their range and there are very few of them north of the St. Lawrence River. Also, the further north you go in their range, the larger the body size, as compared to their counterparts in the south.

According to Maine Department of Inland Fisheries and Wildlife biologists, deer shed their hair in the spring and fall. The summer hair has solid shafts and lacks the undercoat, but the winter hair has hollow hair shafts, and dense, wool-like under fur, providing effective insulation.

Their winter habitat is also important. Dense softwood canopies intercept more snow, resulting in reduced snow depths. Gathering in these areas also allow many deer to share the energy cost of maintaining a trail network to access food and to escape predators.