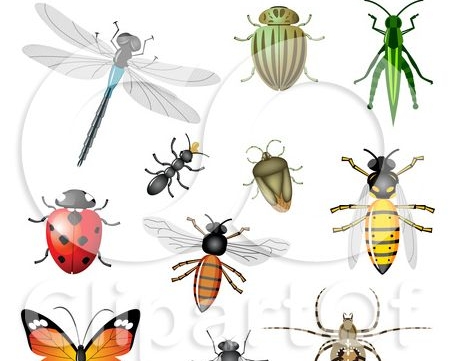 Some creep, crawl, fly and even sting, but research and anecdotal evidence concur, the population and diversity of insects on the earth has been rapidly declining in the past decade, and many are on the brink of extinction. And without a diverse population of insects, scientists agree the ecosystem will likely collapse.

Although scientists are unable to pinpoint the cause, they believe the extent of the damage is likely the result of a variety of reasons, including insecticide use, light pollution, habitat fragmentation and climate changes.

If you talk to people, many will remember when insects used to smash on windshields. Today, drivers spend less time scraping and scrubbing. According to Scott Black, executive director of the Xerces Society for Invertebrate Conservation, in Portland, Oregon, “It is a visceral reaction when you realize you don’t see that mess anymore.”

Some people will argue that cars today are more aerodynamic and therefore less deadly to insects. But Black says his pride and joy as a teenager in Nebraska was his 1969 Ford Mustang Mach 1 – with some pretty sleek lines. “I used to have to wash my car all the time. It was always covered with insects.”

However, Martin Sorg, an entomologist there, has seen the opposite: “I drive a Land Rover, with the aerodynamics of a refrigerator, and these days it stays clean.”

I remember the days when I used to constantly have to scrub the grill of my cars with an SOS pad to release the insects. Not any more. I can’t remember the last time I had to do that.

Though observations about splattered bugs are not scientific, few reliable data exist on the fate of important insect species. Scientists have tracked alarming declines in domesticated honey bees, monarch butterflies and lightning bugs, as we have discussed in this column in the past. But few have paid attention to the moths, hover flies, beetles and countless other insects that buzz and flitter through the warm summer months.

Hover flies, often mistaken for bees or wasps, are important pollinators. Their numbers have plummeted in nature reserves.

Over time, the Krefeld Entomological Society has seen the yearly insect catches fluctuate, as expected. But in 2013, they spotted something alarming. When they returned to one of their earliest trapping sites from 1989, the total mass of their catch had fallen nearly 80 percent. Perhaps it was a particularly bad year, they thought, so they set up the traps again in 2014. The numbers were just as low. Through more direct comparisons, the group found dramatic declines across more than a dozen other sites.

While it may be difficult to get excited about combating the loss of insects, this ecological disaster may ultimately affect your food prices at the grocery store. Insects not only pollinate crops, but also contribute to pest control, and are crucial to waste management and biodiversity. In fact, most waste in urban areas is eliminated by ants and cockroaches. Species that rely on insects as their food source, including predators that rely on these animals further up the food chain, are likely to suffer from the declining number of insects in the ecosystem.

We may be underestimating the importance of insects, which make up approximately 70 percent of all animal species.

For instance, the spotted flycatcher, a specialist predator of aerial insects, has declined in number by more than 95 percent. The link between insects and the number of bird species was again confirmed in a study by the University of Aberdeen.

A study by Canadian biologists suggests bird species that depend on aerial insects have suffered a greater decline in recent years than birds feeding primarily on seeds.

Paying attention to what E. O. Wilson calls “the little things that run the world,” is worthwhile, Sorg says. “We won’t exterminate all insects. That’s nonsense. Vertebrates would die out first. But we can cause massive damage to biodiversity – damage that harms us.”