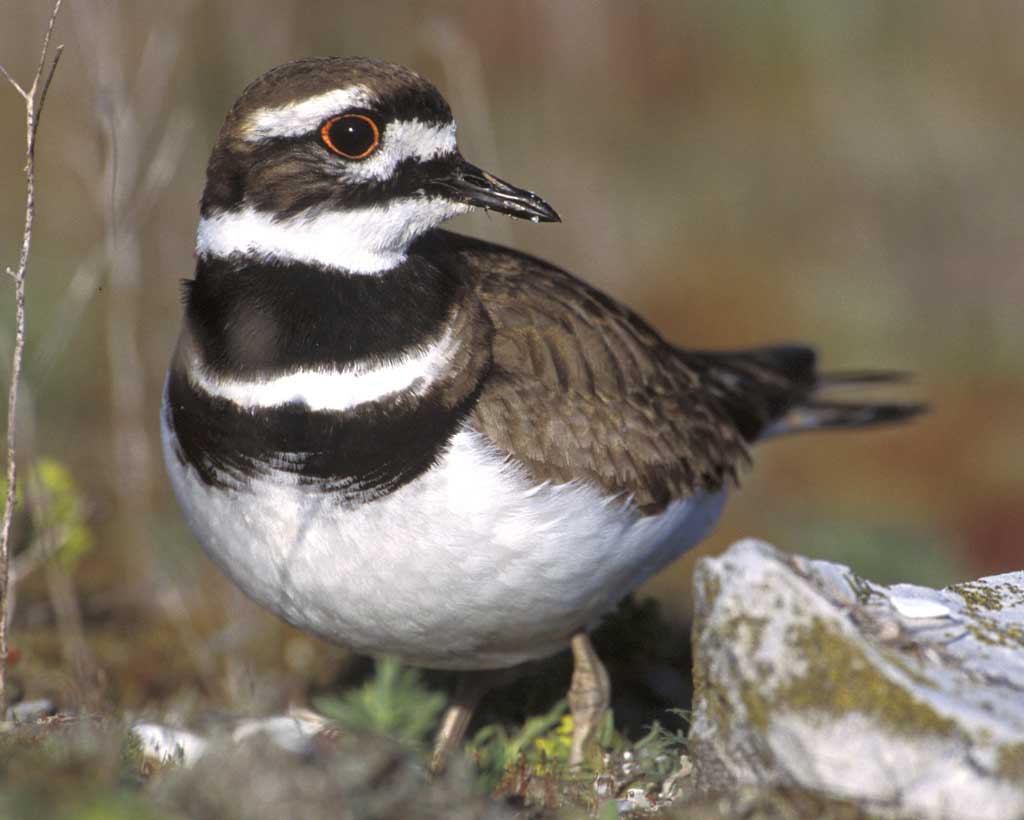 Since we began a two-part series on the former Killdeer Lodge, in China, in this week’s issue, why don’t we find out exactly what is a killdeer.

It’s probably one of the most misnamed creatures. They are birds, they fly, and they don’t kill deer.

The killdeer feeds primarily on insects, although other invertebrates and seeds are eaten. It forages almost exclusively in fields, especially those with short vegetation and where cattle and standing water are found. It primarily forages during the day, but during the non-breeding season, when the moon is full or close to full, it will forage at night. This is probably because there is a larger abundance of insects and reduced activity by predators after dark. Predators include various birds and mammals, most notably herring gulls, common crows, raccoons, and striped skunks. They prey in some areas during the breeding season. Predation is not limited to eggs and chicks. Mustelids, fur-bearing mammals like weasels, martens, skunks and mink, for example, can kill incubating adults.

The bird is classified as least concern by the International Union for Conservation of Nature (IUCN), because of the range and population; however, its population is in decline, but the trend is not severe enough for the killdeer to be considered a vulnerable species. It is protected by the American Migratory Bird Treaty Act of 1918, and the Canadian Migratory Birds Convention Act.

The killdeer is a large plover, with adults ranging in length from 8 – 11 inches, having a wingspan of 23 – 25 inches, and weighing 2.5 – 4.5 ounces. It has a short, thick and dark bill, flesh-colored legs, and a red eye ring. Its upper parts are mostly brown with rufous fringes. It has a white forehead and a white stripe behind the eye. It is the only plover in North America with two breast bands. The rump is red, and the tail is mostly brown. The latter also has a black subterminal band, a white terminal band, and barred white feathers on the outer portion of the tail. In flight, a white wing stripe at the base of the flight feathers is visible.

So, what about the name killdeer? During display flights, it repeats a call of “kil-deer” or “kee-deeyu.” When a plover is disturbed, it emits notes in a rapid sequence, such as “kee-di-di-di.” Thus, the name.

The killdeer nests in open fields or other flat areas with short vegetation, such as agricultural fields and meadows. Nests are also sometimes located on roof tops. They generally breed close to where they bred the year before.

The killdeer uses beach habitats and coastal wetlands and fields during the non-breeding season. It forages almost exclusively in these fields. When breeding, the killdeer has a home range of about 15 acres. Although generally a low-land species, it is found up to the snowline in meadows and open lake shores during its autumn migration.

Following breeding, about 53 percent of the eggs are lost, mainly to predators. They start walking within the first day of life, and both parents will lead them out of the nest, generally to a feeding territory with dense vegetation the chicks can hide under when a predator nears. Both parents usually are present to successfully raise the chicks. The young fledge about 31 days after hatching.

The killdeer has a life span of about 11 years.

The killdeer feed on insects, especially beetles and flies, in addition to millipedes, worms, snails, spiders and some seeds. It will also take tree frogs and dead minnows when the opportunity presents itself.

Killdeer can be found in all the continental United States, except Alaska, Canada, Mexico, into northern South America and along the west coast. They are also found in the Caribbean islands, including Cuba, Haiti and the Dominican Republic.

According to Eli Bush, who named Killdeer Point on China Lake, the birds were spotted in that area in the late 1920s. Possibly, it was the large farm pastures of the Seward, Edson and Sinclair farms that attracted the birds to the area.

The name has since stuck through the ensuing decades.

The NFL Tennessee Titans were once the Houston Oilers before the move to Nashville. Name the current NFL team that was once called the Titans.