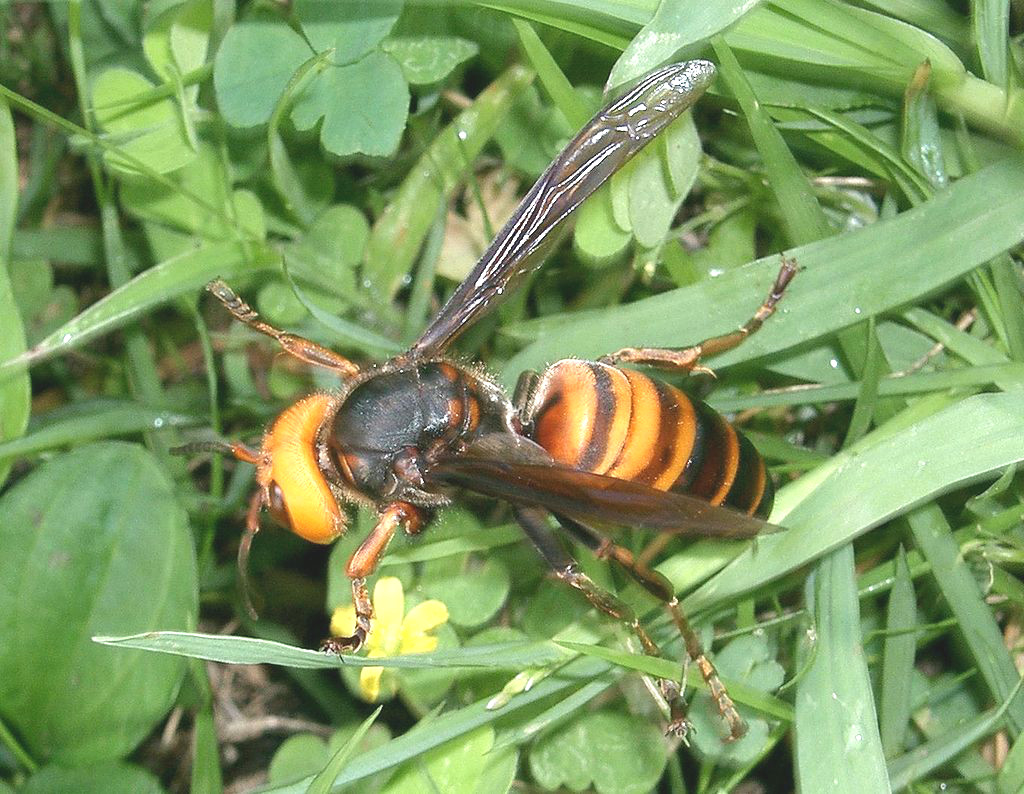 A couple of weeks ago, while driving into work, I heard over the radio about this giant Asian hornet that had made its way to the United States, and was first detected in Washington state. Haven’t we seen this movie before? Isn’t that where we were first introduced to the coronavirus Covid-19?

This hornet, from all reports, can reach a size of two inches in length. So, here is what we know.

Hornets are found in many parts of the world and play a vital role in the balance of natural ecosystems through pollination, biodiversity and natural pest control. Unfortunately dubbed the “murder hornet,” the Asian giant hornet (AGH), the world’s largest, was sighted for the first time in the United States in December 2019.

Do you suspect that coronavirus may have hitched a ride on this hornet, arriving in the United States at about the same time?

The Asian giant hornet, Vespa mandarinia, is the world’s largest hornet. It is native to temperate and tropical East Asia, South Asia, Mainland Southeast Asia, and parts of the Russian Far East. It was also found in the Pacific Northwest of North America in late 2019, with two additional sightings in 2020. They prefer to live in low mountains and forests, while almost completely avoiding plains and high-altitude climates. They create nests by digging, co-opting pre-existing tunnels dug by rodents, or occupying spaces near rotted pine roots. It feeds primarily on larger insects, colonies of other eusocial insects, tree sap, and honey from honey bee colonies. The hornet has a body length of 1.8 inches, a wingspan around three inches), and a stinger a quarter of an inch long, which injects a large amount of potent venom.

The Asian giant hornet is often confused with the yellow-legged hornet, also known as the Asian hornet, an invasive species of major concern across Europe, including the United Kingdom.

According to Dick Rogers, principal scientist and entomologist, at Bayer Bee Care Program, while the AGH is large in size and has a big stinger compared to other ­hornets, it is typically not aggressive with humans. As always, those allergic to bee or wasp stings should practice caution and avoid contact with hornets in general.

Rogers has been a professional entomologist for more than four decades and has been keeping and studying bees for over 40 years. He joined the Bayer Bee Care Program in 2009.

The down side is the Asian Giant Hornet can pose a risk to honey bee colonies because it feeds on large insects, including wasps and bees. So far, they’ve only appeared in the northwest part of the United States, and monitoring efforts by the Washington State Department of Agriculture (WSDA) are underway to better understand these hornets and help educate beekeepers on how to protect their colonies.

On top of this, a team at Bayer is being pro-active by organizing a first detection trapping program in North Carolina and Missouri, which will be deployed in early July. They will then share their results with the WSDA at the end of the season. While they do not expect to catch any AGH this year, early detection is vital to an effective effort to eradicate them.

You can be confident the early introduction of the AGH in the United States and Canada is being closely monitored by professionals who have management plans in place should there be any future sightings. There’s no need to worry about catching a glimpse of these hornets in your yards or gardens, as they are not yet established in the United States. In fact, the only hornet that is established in our country, the European hornet, has been around since the late 1800s.

As always, it is important to protect our bees. It’s not only researchers and entomologists who can help protect honeybees. Everyone can support bees by getting outside to plant pollinator-friendly gardens or flowers.

As pollinators play a vital role in our ecosystem, crop production and biodiversity, I recommend you stay calm and keep gardening to provide your fuzzy friends with the flowers and habitat they need to thrive.

Learn more about how to plant pollinator-friendly gardens that help bees, monarchs and other important pollinators by visiting https://beehealth.bayer.us/home.

Who was the first Boston Red Sox pitcher to win the American League Cy Young Award?