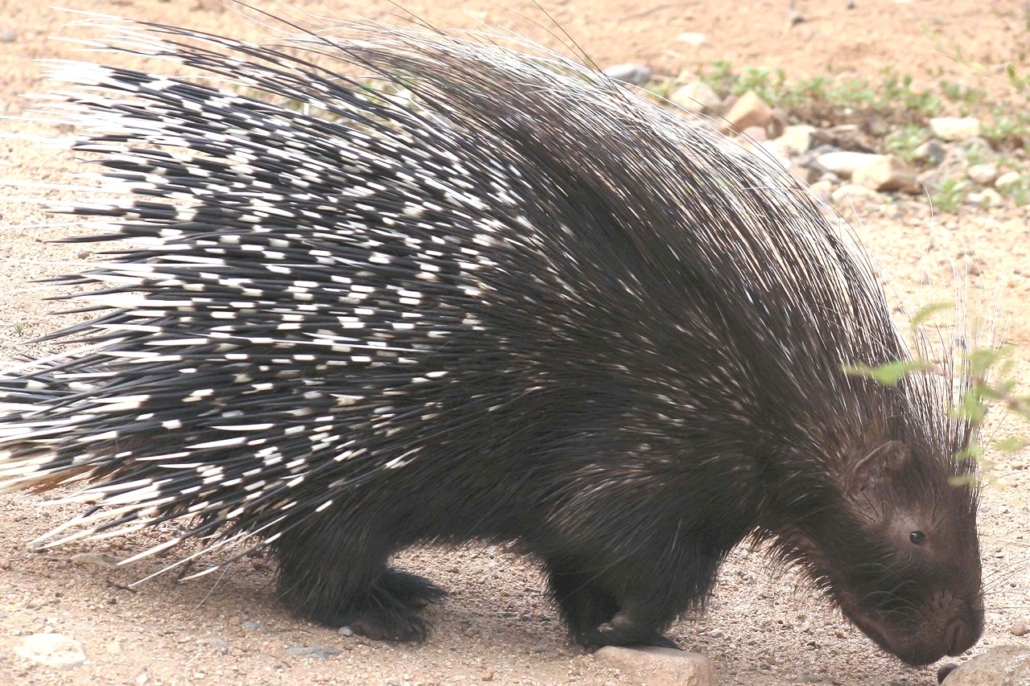 While on my way to work this week, I saw no less than five dead porcupines on the side of the road. The thought then came into my mind: Porcupines, nuisance or ecological necessity?

It all depends with whom you talk. I know some people who are overrun by the animals to the point where they are raiding the gardens, and having to deal with their dogs being injured by porcupine quills due mostly to the dog’s own curiosity. While others find a use for them.

Simply put, porcupines are rodents. That puts them in the same class, and are actually related, with raccoons, rats and beavers. They are indigenous to the Americas, Southern Asia, Europe and Africa. They are the third largest of the rodents, behind the capybara and beaver.

The common porcupine, Erethizon dorsatum, is an herbivore, so look out gardens. It eats leaves, herbs, twigs and green plants. They may eat bark in the winter, evidence of which I have seen in many places. The North American porcupine often climbs trees to find food. Like the raccoon, they are mostly nocturnal, but will sometimes forage for food in the day.

Because of the scarcity of predators, porcupines are plentiful and are not endangered.

The porcupines’ quills, or spines, take on various forms, depending on the species, but all are modified hairs coated with thick plates of keratin, and they are embedded in the skin.

Quills are released by contact with them, or they may drop out when the porcupine shakes its body. The porcupine does not throw quills, but the flailing muscular tail and powerful body may help impale quills deeply into attackers. The quills’ barbed ends expand with moisture and continue to work deeper into flesh. Porcupine quills have mildly antibiotic properties and thus are not infectious. Quills, however, may cause death in animals if they puncture a vital organ or if a muzzle full of quills leads to starvation.

Once embedded, the hollow quills swell, burn and work their way into the flesh every time a victim’s muscles contract, digging a millimeter deeper each hour. Eventually, they emerge through the skin again, some distance from the entry point though sometimes they spear right through the body.

I have had first hand knowledge of how painful a porcupine quill can be. Many years ago, my children had chores to do after they got home from school. One of them was to make sure they picked up after themselves following their after-school snack. Upon returning home from work, I found a folded paper towel on the counter. I grabbed it to crush it into a ball to throw away when this sharp pain shot through my hand. When I unwrapped the towel, I found a porcupine quill inside, but now embedded in my hand. It turned out my daughter had brought it home from school to show it to me. She obtained the quill from a “show and tell” session at school.

Because they have few effective predators, porcupines are relatively long-lived. The average life span of the porcupine is 7 – 8 years, however, they have lived up to 15 years in the wild, and 18 years in captivity. A predator needs to learn only once to leave a porcupine alone. Bobcats, great-horned owls, mountain lions, coyotes and wolves, when extremely hungry and unable to catch anything else, may give it a try anyway. The fisher, however, is a skilled porcupine killer. It uses its speed and agility to snake around a porcupine’s rear guard defense and viciously bite its face until it dies. 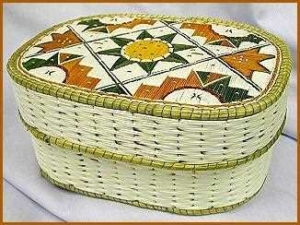 At one time, however, especially when game was scarce, the porcupine was hunted for its meat and considered a delicacy. A practice that continues in Kenya today. Because they are slow, and can remain in the same tree for days at a time, they are about the only animal that can be killed simply with a large rock. Native people of the North Woods also wove elaborate dyed quill-work decorations into clothing, moccasins, belts, mats, necklaces, bracelets and bags. Because the work was so time-consuming and highly valued, quill embroideries were used as a medium of exchange before the coming of Europeans.

When not in trees or feeding, porcupines prefer the protection of a den, which can be found in rock crevices, caves, hollow logs, abandoned mines and even under houses and barns.

Porcupines are highly attracted to salt. They may chew on any tool handle that has salt left from human sweat. They have even been known to chew on outhouse toilet seats. Road rock salt is very tempting to them, and puddles of water from the snow-melt in the spring are especially luring and could account for their high road-kill mortality rate. They have even been seen gnawing on automobile tires that have been exposed to rock salt.

In Maine, porcupines join a short list of other animals that are open to hunting all year, including coyotes, woodchucks and red squirrels.

So, are porcupines a nuisance, or do they have a role in the grand scheme of things, ecologically?

Who is the only player in New York Yankees history to achieve over 3,000 hits in his career?