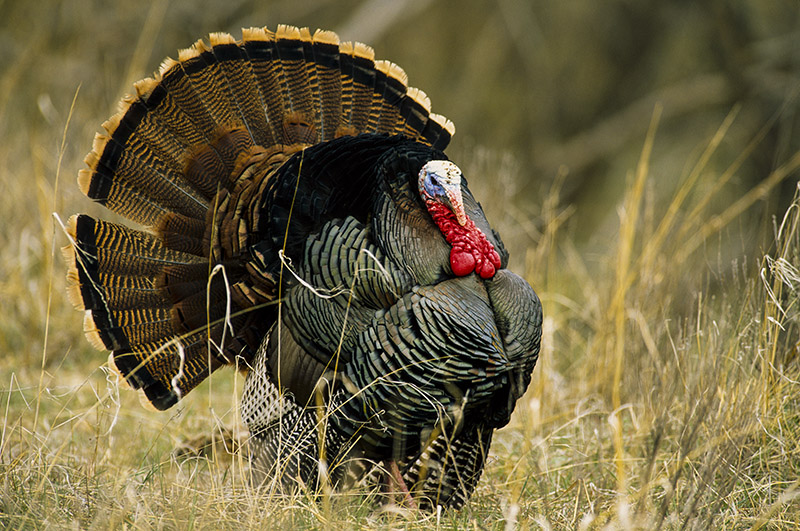 Of course, clothing and headdress of many chiefs and significant people of the tribe were made from turkey feathers.

Thanksgiving is next week, but do we really know anything about the bird that we cherish at our dinner tables on that day?

One day, Samoset, a leader of the Abenaki, and Tisquantum (better known as Squanto) visited the settlers. Squanto was a Wampanoag who had experience with other settlers and knew English. Squanto helped the settlers grow corn and use fish to fertilize their fields. After several meetings, a formal agreement was made between the settlers and the native people and they joined together to protect each other from other tribes in March 1621.

The peace between the Native Americans and settlers lasted for only a generation. The Wampanoag people do not share in the popular reverence for the traditional New England Thanksgiving. For them, the holiday is a reminder of betrayal and bloodshed. Since 1970, many native people have gathered at the statue of Massasoit in Plymouth, Massachusetts, each Thanksgiving Day to remember their ancestors and the strength of the Wampanoag.

One other thing about the turkey. Did you know that it missed by one vote of being our national bird instead of the bald eagle.

Which Super Bowl was the only one not designated with Roman numerals?

Roland’s Trivia Question for Thursday, November 19, 2020 GROWING YOUR BUSINESS: Be the best you can be
Scroll to top