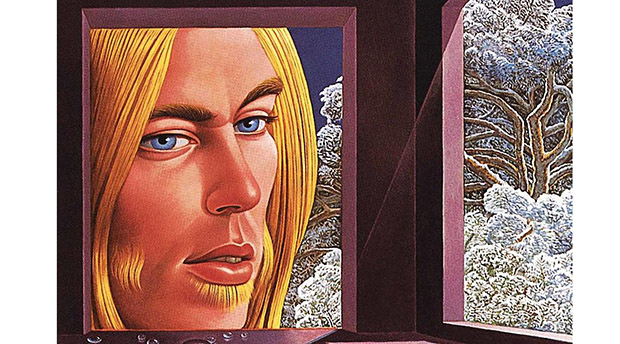 By the start of 1973, Gregg Allman had been through a wild couple of years. The third Allman Brothers Band album, 1971’s double-LP live recording, At Fillmore East, had succeeded in getting the band the recognition they greatly deserved. (And has gone on to be considered among the finest live albums ever recorded).

On October 29, 1971, older brother Duane Allman was tragically killed in a motorcycle accident. The ABB’s 1972 album Eat A Peach was dedicated to Duane. But the band was sent into a spin once again when bassist Barry Oakley died in another motorcycle crash just 13 days after the one-year anniversary of Duane’s death. 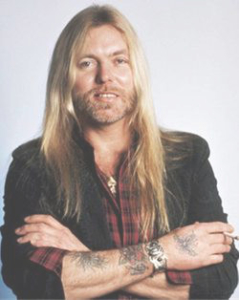 Earlier in ’72, Gregg Allman had been considering a number of songs that he felt didn’t quite fit the band’s style and looked to pull them together as a possible solo album. As the ABB members all stepped back from the turmoil of losing their friends, the opportunity arose for Gregg to record his debut solo album, Laid Back.

As he worked through his grief, including bouts of hard drinking, Gregg was able to pull together the songs that would become the solos album. Giving it a new swampy feel, Gregg revisited the song, Midnight Rider from the second ABB album, Idlewild South. A new song Queen of Hearts would become the strongest addition after band members declined to include it in the forthcoming Brothers And Sisters album (August 1973) . Other new original songs from Gregg included Please Come Home and Multi-Colored Lady.

Gregg added a few choice songs from others to balance off Laid Back. Don’t Mess Up A Good Thing, a 1964 R&B hit from sax player and songwriter Oliver Sain, was a perfect fit for Allman’s voice. Pedal-steel guitar player Scott Boyer’s composition, All My Friends received a Everly Brothers harmony style with Gregg double-tracking the lead and the harmony parts. The closing track was a Christian hymn, Will The Circle Be Unbroken, with local church choir members, studio musicians and staff all contributing to what was later called a “family-fueled, southern choir feeling”

The last cover song included on the album, and what has become one of the best-loved covers recorded by Gregg Allman was These Days. The song was written in 1964 by Clyde Jackson Browne … yes, his real first name is Clyde! It was first recorded in 1965 by Nico, a German singer best known as a member of the group that continuously swirled around the artist, Andy Warhol. Others including Tom Rush, The Nitty Gritty Dirt Band and Kenny Loggins recorded the song prior to 1973. Gregg Allman gave These Days, a new arrangement, and Jackson Browne was later quoted that Allman “made that song twice as good as it was before he sang it.” In his For Everyman album notes, Jackson thanks Allman for the arrangement.

This album was not as far in the Back Of The Rack as this article’s title implies. I own the remastered release that came out in 2019. As with many of these remastered CD releases, the producers/record companies fill the disc with extra material, this CD package not only fills out the original sequence with early “demo” versions of the songs, but also a second disc of more early mixes and outtakes of songs that weren’t included on the original album. This includes another Jackson Browne song Song For Adam, a recording of which would end up on Gregg Allman’s final album, Southern Blood, posthumously released four months after his death in 2017.

The final “extra” on the second CD is a solo live recording of the Allman Brothers band classic Melissa, recorded in April 1974. This last addition makes slogging through the many remixes and demo worth the effort and made for an excellent close to a well-organized and well received reissue of Laid Back.

Tim Forsman: I have had a lifelong love of music and no talent to create it myself. I’ve hosted a radio show, “Jigs, Hoedowns & Songs O’Tragedy” at Colby College, on WMHB Radio for over 30 years.