Dick Kuhn and his Orchestra 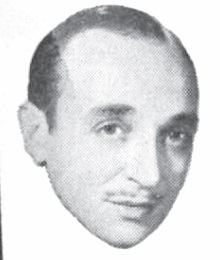 There is very little information to be gleaned anywhere on bandleader Dick Kuhn, he starting his own band while in high school being about the only morsel uncovered.

It would perform in the tradition of such dance bands as those of Guy Lombardo, Sammy Kaye, Griff Williams and Lawrence Welk, but with more animation, intelligence and nuance. Kuhn was also quite gifted as a saxist.

The orchestra could be seen during the late ‘30 New York City’s Times Square and heard regularly on the very popular radio station, WOR; it recorded a batch of 78s for Decca, Mercury and a couple of lesser known labels in its ‘30s and ‘40s heyday.

The Decca blue label 78 series was spearheaded by company manager Jack Kapp around 1936 or ’37 as a catalog of 35 cent records, as opposed to the dollar records of the major competitors, Victor and Columbia; it soared in sales when the dads all across the country would send their kids to the record shop every week with a dollar for the latest three releases (Within at least two years, Victor would respond by launching its own 35 center, Bluebird, and Columbia, Okeh).

A quartet of popular song lyricists/composers are credited with the above two selections, Wild Flower and Bambalina — Otto Harbach (1873-1963), Herbert Stothart (1885-1949), Oscar Hammerstein II (1895-1960), and Vincent Youmans (1898-1946) . As to why so many talents were assembled for these two songs, anyone’s guess is as good as mine, but this record is quite pleasant to listen to, with an added vocal trio.

When Herbert Stothart visited Scotland in 1947, he suffered a heart attack and later wrote a symphonic piece for orchestra- Heart Attack: A Symphonic Poem, about his tribulations. He started another piece, Voice of Liberation, when he died of cancer at the age of 63, in 1949.

Death of a Salesman

by Arthur Miller; written in 1949. Arthur Miller (1916-2005) wrote such classics of the theater as The Crucible,which dealt with the evil of the 1692 Salem Witch Trials; and All My Sons, which confronted the profiteering of the munitions industry. 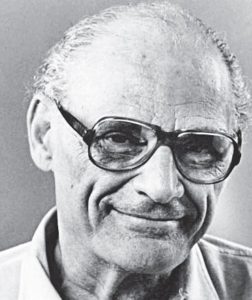 The main character, Willy Loman, threw himself into being a salesman who was liked; the problem was that this goal was the only one that truly mattered. Then, when his company started squeezing him out gradually because his sales had gone down, he fell to pieces.

Reading this play, one not only feels the injustice, the anger, the terrors at the heart of our lives that bring us down when bad things happen, but also the flaws in our character, that contribute to it. Finally,

Miller leads us to care for Willy as a fellow human being and to feel his suffering as though he were a long time friend! And it holds up so well with re-reading! 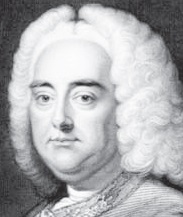 George Frederick Handel wrote one big beautiful opera here with arias, more choruses than normal in an opera and bracing orchestration; it was premiered in 1744 during Lent and was received with very mixed feelings. After several performances during the remaining 15 years of the composer’s lifetime, it would not be heard again until an English revival in 1925; since then, it has slowly made its way to a significant repertory status.

Its story line features an illicit attraction between the betrothed Semele and the god Jupiter, with tragic consequences.

The above set was its first recording and, to my mind, is very good. I would especially cite two women who gave master lessons in expression, articulation, and breathing – soprano Jennifer Vyvyan (1925-1974) and alto Helen Watts (1927-2009).

Only the LP set is available through Amazon vendors, no CD transfer having ever been made.