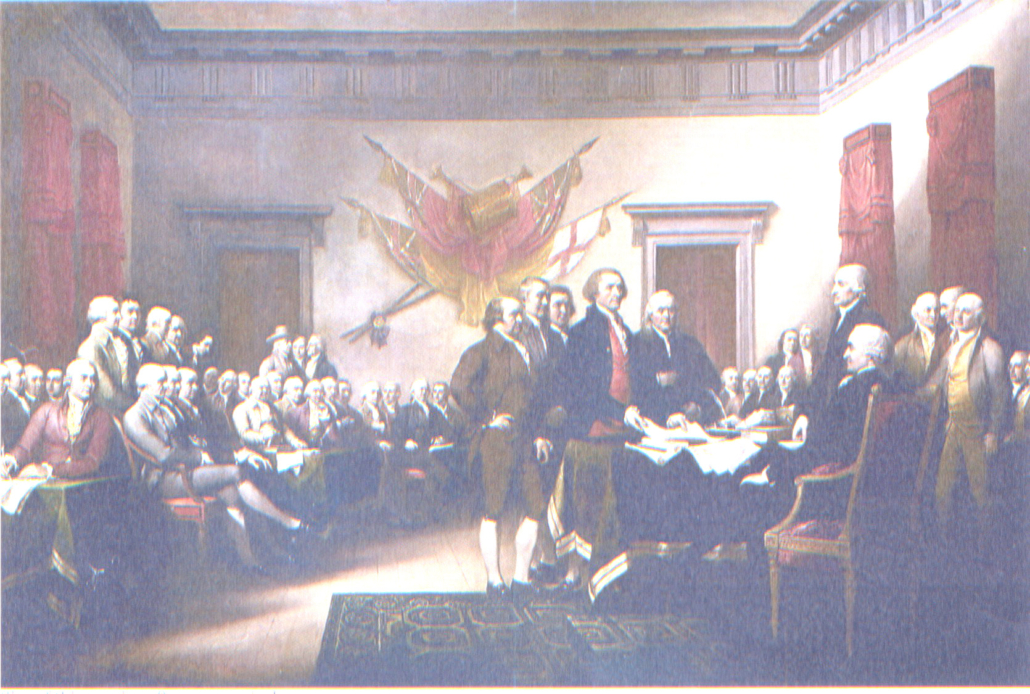 On July 4, 2020, America will be celebrating her 244th birthday (1776 – 2020). The Fourth of July is also known as Independence Day. Unbeknownst to many, on July 4, 1776, there were only 13 colonies. On this day in time so many years ago, the greatest country in the world was born by the writing of the Declaration of Independence;   which proclaimed independence from England.

In the summer of 1776 the Continental Congress convened in Philadelphia, Pennsylvania (Independence Hall). At this point in time a man named Richard Henry Lee, of Virginia, stated these famous words: “resolved; that these United Colonies are, and all right, ought to be free and independent states, that they are absolved from all Allegiance to the British crown, and that all political connection between them and the state of Great Britain is, and ought to be, totally dissolved.”

This resolution was not followed up on for a time. However, a committee of five was appointed to draft a statement addressed to the world, which stated the colonies case for independence. The members of the original five were, John Adams, of Massachusetts, Roger Sherman, of Connecticut, Benjamin Franklin, of Pennsylvania, Robert R. Livingston, of New York,  and Thomas Jefferson, of Virginia.

The task of drafting the actual document rested with Jefferson. On July 1, 1776, the Continental Congress reconvened and on the following day, Lee’s resolution for Independence was adopted by 12 of the 13 colonies. New York abstained from the vote. At this point, I’d like to interject some fun stuff, facts and trivia.

Last year, Americans and their guests spent $1 billion on beer, ate 150 million hot dogs, consumed 700 million pounds of chicken, and 190 million pounds of beef. Now, I will shock you a little. The number one place to party last year was Seattle, Washington. Do you think Chaz is on the list this year? The number two place was Minneapolis, Minnesota. Both failed in some aspects but they were last year’s destinations of choice. Next came New Orleans, Louisiana, which one would expect. It’s known for this sort of thing in all aspects. Then came Washington, DC, next was Portland, Oregon, followed by St. Louis, Missouri; then San Diego, California,  Milwaukee, Wisconsin (beer town),  of course, San Francisco, California, and last but certainly not least Orlando, Florida.

It goes without saying; I wasn’t on the voting committee. I guess the beauty of New England was too laid-back. Oh well!

Now back to our historical part.  Were you surprised by Seattle, Washington, and Minneapolis, Minnesota, being number one and number two? I certainly was and what a coincidence regarding these two. I believe they won’t be on the list this year. Another coincidence that I noticed was that many of our forefathers were from the south and were slave owners. Yet we created buildings, statues, ships, and even military bases with their names on them. Good or bad, that’s history. This Fourth of July the problem of racism coupled with the destruction of historical monuments, TV programs, as well as movies and even some forts/bases that we veterans served on are being defiled.

Slavery was a very bad time in our history, but it is our history. However, slavery was an accepted practice in that time until people started realizing that it was terribly wrong. In any case, many slaves, even after the emancipation, opted to remain on plantations.  Things became better for them, more pay, fed and given housing. Some inherited their own piece of land. I don’t say slavery was right as there were a lot of bad plantation owners. However, after the Civil War, a new America began which included all people. The road has been difficult, bad people made it that way. Even though we are presently going through some turbulent times, a better America will come of it, which will include all people. With all my heart I firmly believe this to be true.

America is a resilient country which will never allow the influence of other countries and radical groups to agitate this great country of ours.  We will always come out on the positive side of the negative of the world. In the past few years, we have had a tremendous number of immigrant migrations from Africa and Mexico, and have suffered a severe financial and cultural shock, which has compounded an already nervous society. Change is always difficult, especially when it is given to us in the manner that it has. When you look also with world tension in general, and the problems it has laid upon our society and our need for change, we end up with different types of governance and conflict, placing us into a negative situation nationally as well as internationally.

Some of us are very complacent while others of us see the big picture which is full of “what ifs,” both on the local level as well as the international level. We have faced these things before, and name them, Revolutionary War, Civil War, World Wars I and II, Korea, and Vietnam conflicts. This doesn’t take into consideration the unrest in the Middle East as well. Those things happened and we could be dangerously close to another such event. I pray that doesn’t happen.

This July 4 let’s all reflect on the history and the civics lessons we were taught and use that which was instilled in our memories by the teachers we were so fond of and use that information/knowledge to create the beautiful and prosperous America, that our founding fathers envisioned for us. We are all in this together, and religious beliefs, the color of our skin or our political persuasions should just give us strength, not division. Outside of that, I believe only evil exists. So this July 4, let’s enjoy our family and friends and pray that we can all find common ground and go forward as a proud, free and together,  America. Remember, we have always called George Washington the father of our country. Also, Thomas Jefferson was the right (write) hand/author of the Declaration of Independence. Also, Abraham Lincoln, who died by an assassin’s bullet, placed his quill in the Emancipation Proclamation. This is the land of the free and home to the brave. Strive for peace and unity.

Have a safe and happy Independence Day holiday, and reflect about the reason for the day. May the God that you pray to bless and keep you and yours safe and free. God bless and God bless America.

SCORES & OUTDOORS: We are entering the heart of moth season Local libraries begin to re-open with limitations
Scroll to top