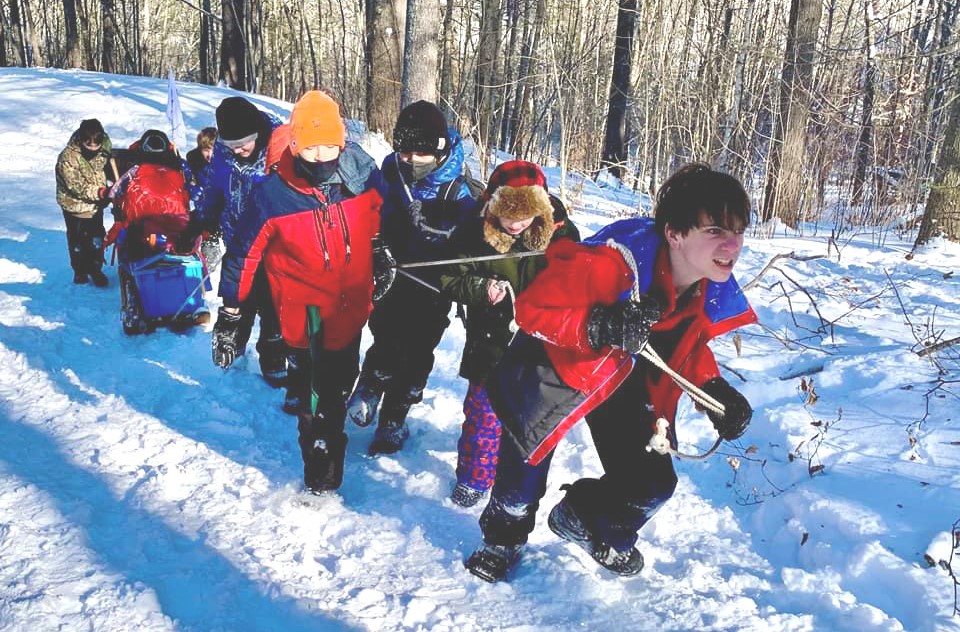 The sled. Scouts from China and Winslow show how they were the dogs in the dog team sled pulling. Part of the challenge was to build the sled so it can withstand the event while trying to keep it light. Scouts were also told some items were required to be on the sled for safety, and they could put other items they thought they would need. Some Scouts, who had packed too much, were “dog”-tired by the end of the Klondike Derby. (photo courtesy of Chuck Mahaleris) 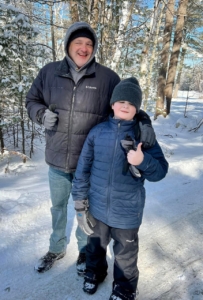 Camp Bomazeen, on Great Pond, in Belgrade, saw several inches of new snow, temperatures hovering between 0 and 10 degrees, and a camp full of eager Scouts hunting for gold during the annual Klondike Derby winter activity on Saturday, February 26.

Scouts and Cubs from across Franklin, Somerset, Kennebec and Lincoln counties re-enacted the historic Klondike gold rush on sleds filled with gear and supplies and they were their own sled dog team. They competed as a team at different stations and earned “gold” nuggets by demonstrating teamwork, Scout spirit, and mastery of the skills that are needed to stay alive in the woods in winter.

“Our Scouts have been learning at troop meetings not only how to dress and pack for winter camping but also how to survive in the wilderness,” said Klondike Derby chairman Julie McKenney. “At the Klondike Derby, they put all that training to work at stations such as orienteering, shelter building, fire starting, first aid, fishing, and rescue.”

There were also Scout favorites including rifle shooting, tomahawk throwing and an obstacle course. Cub Scouts had fun with stations for their younger age group including sling shots, big foot walk, and the cardboard sled race. The Winslow Cub pack raced a cardboard box made to look like a dragon.

Skowhegan Troop #485 was one of three troops that earned 158 gold nuggets by the end of the day. Sam Bass­elett lives in Chelsea but is a member of Man­chester Troop #622 and enjoyed the shooting sports range.

Scott Adams of Troop #479, in China, ran the fire-starting station where Scouts had to build and light a fire in the snow and then boil water. Afterwards, they had to properly dispose of their fire area. 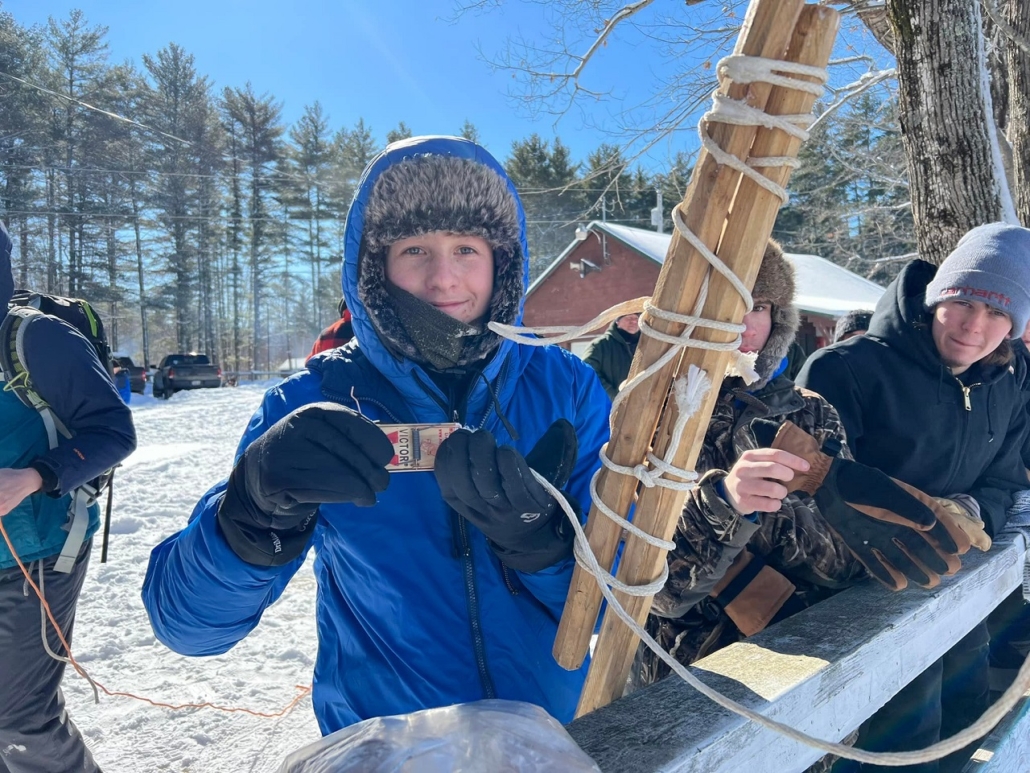 Albion Scout Caught his Trap: Trevor Pellerin, of Albion, shows off the mouse trap he caught in the “fishing pond” which was really a challenge to lash a sturdy fishing pole. (photo courtesy of Chuck Mahaleris) 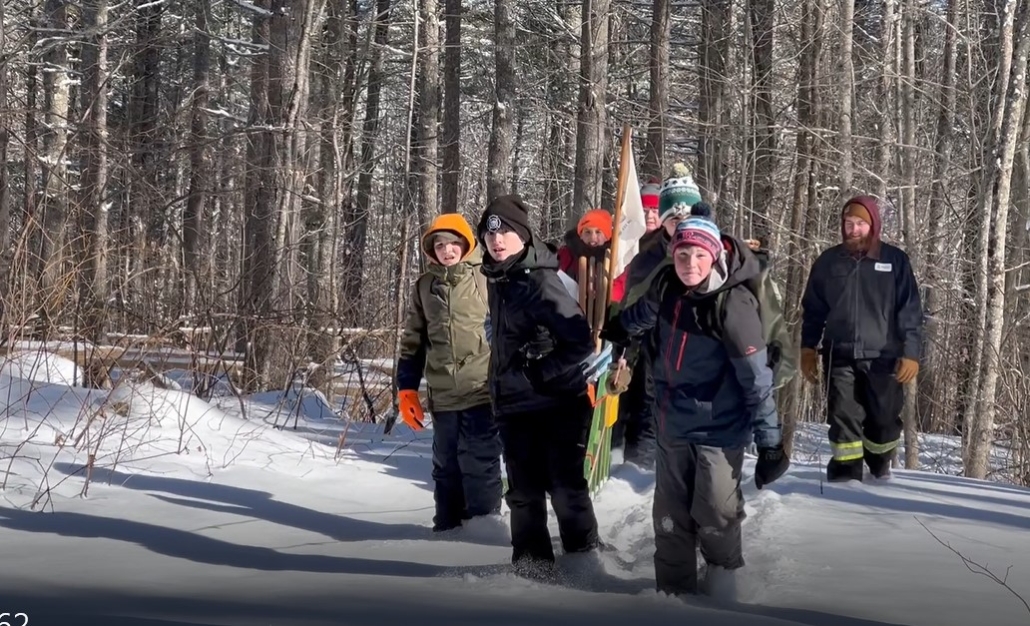 John and his son Ian Martin, of Augusta Troop #603, show that scouting is a great program for families. (photo courtesy of Chuck Mahaleris)