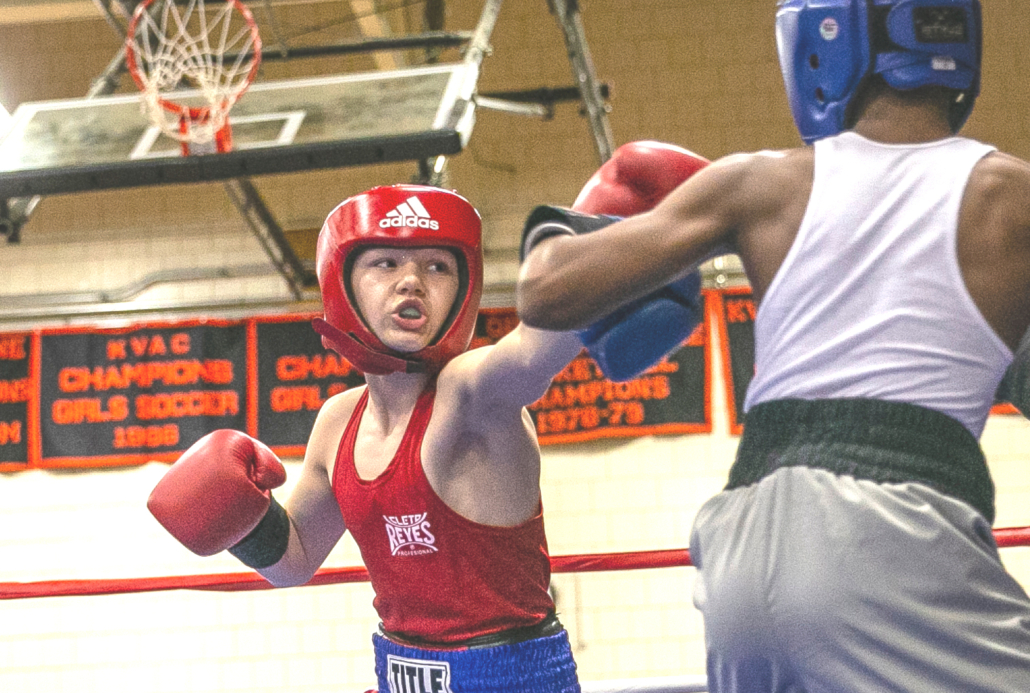 Braden Littlefield is a sixth grader at Benton Elementary School and has always played many sports including football and baseball. A year ago Braden started boxing and hasn’t stopped since. He had 12 boxing matches on the amateur circuit where he traveled as far as Virginia with his teammate Cain Shatzer, from Bethel. Littlefield won a bout at this national tournament.

Recently he and his three other teammates featured in the photo (Cain Shatzer, Braden Littlefield, Emma Jones and Quinton Hernandez) traveled to Worcester, Massachusetts, this past Saturday. All four captured Jr. Olympic titles. 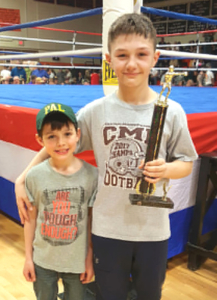 This group of youth traveled to Canada this year as part of a USA team that competed internationally. Littlefield has captured a New England Silver Gloves championship, along with his teamate Quinton Hernandez, from Old Town, who both moved on to a Regional Championship bout in Herkimer, New York. Littlefield lost a controversial decision to a more experienced New York fighter, and Hernandez won the Regional Silver Gloves Title, but was unable to compete in the nationals due to fracturing his shoulder in the title bout.

All four of these young boxers train together several times a week at Cugno Boxing Gym, in Lewiston. All of the fighters travel quite a distance to train at this gym. Emma Jones is the only local youth coming out of Auburn. They find various meeting spots, but travel and remain a team. They all spire to go as far as they can in the sport which includes fighting as many bouts as they can to gain ring experience.

These young boxers have many older and more experienced boxers in the gym that they look up to, including Breanna Ingalls, who recently joined the U.S. Coast Guard. They all fight under the name Cugno Boxing, for Glenn Cugno, who is a professional boxer that trained with Joe Gamache Sr. at the Lewiston Armory for over 30 years. Cugno took over the gym but remains coaching with Joe Gamache Sr. Coaches Dan Escobar and Scott Frost making up the rest of the coaching staff. Cugno and the rest of the coaches donate any time they have outside of their full time jobs to help these kids stay on a positive path and reach their dreams.