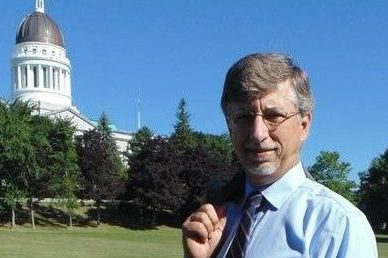 John M. Glowa, Sr., of South China, has become the first declared Democratic candidate for governor in the 2022 election. Glowa, 67, is a seventh generation Maine native who was born in Aroostook County and who, like many Mainers, moved with his family to Connecticut in the 1950s. He became the youngest government official in Connecticut at the age of fifteen after he tried, unsuccessfully, to preserve an important wildlife habitat. He moved back to Maine with his family in 1983 and has resided in South China since 1986. He is the father of two grown sons and the grandfather of six.

He is best known for his wildlife advocacy, primarily natural wolf recolonization, and his advocacy for open, fair, and inclusive government. He worked for the State of Maine, mainly as an environmental specialist with the Department of Environmental Protection, from 1986 until his retirement in 2016. According to Glowa, “I am the first professed animal/wildlife advocate and environmentalist to run for governor in Maine since Percival Baxter a century ago. Maine’s economy depends on its environment and ecosystem and it’s time to begin making both a priority. My work inside state government, my environmental and wildlife advocacy, and my education have taught me not only how government doesn’t work, but how it should work.”

Glowa’s post-secondary education includes a bachelor of science degree in economics and a master’s degree in public administration. “We teach our children in school that ours is a government of, by, and for the people. When they get older and try to effect social change, they learn that ours is a government of, by, and for itself and the special interests. Government puts into place laws and rules that give the appearance of fairness and inclusiveness, and then implements those laws and rules for its own benefit. We must reform our government to motivate people, especially young people, to work to make our world a better place.

Glowa co-founded The Maine Wolf Coalition, Inc., in 1994 and the organization recently identified the first DNA documented live Eastern Wolf in Maine. Additional DNA analyses and photographs indicate that there may be a breeding population in the state. According to Glowa, “We have done, and are doing on a shoestring, what the state and federal governments have refused to do for more than 20 years.”

As governor, Glowa’s initial focus will include bringing in a non-partisan task force to look at Maine’s constitution, laws, rules and programs to come up with recommendations for change and system reform. Glowa also wants to establish an effective, non-biased internal system of compliance auditing to maximize government accountability, effectiveness, and efficiency.

“Maine’s system of government is rigged to favor the government and those with political clout. This is a fact. Unless and until we reform this rigged system, Maine’s government will continue to attempt little more than politically motivated window dressing and will live from budget to budget, never solving the myriad of problems, many of which the government has created. The task will be huge, but we must start now to turn this government around if our state and nation are to survive,” said Glowa.

Glowa formally announced his candidacy on September 14, in a brief speech outside the State House, in Augusta.