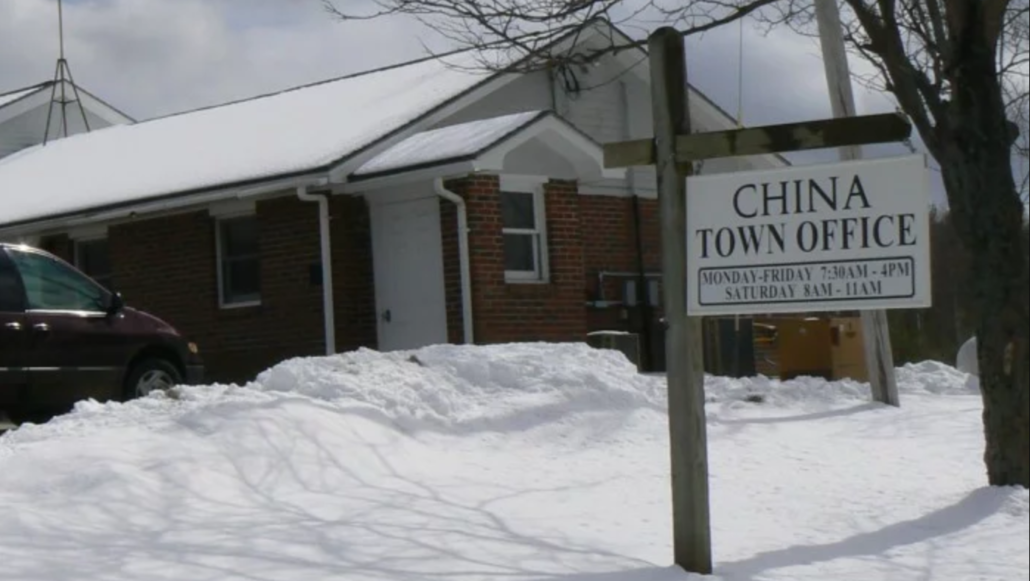 China voters approved all but one of the 43 articles in the warrant for their March 24 annual town business meeting.

Art. 41 was defeated on a written vote of 38 in favor to 48 opposed. The article asked authorization to spend $100 to buy the Branch Mills Union Church and up to another $80,000 from donations, grants and if applicable China’s Tax Increment Finance (TIF) fund to maintain the historic building. The proposal came from Selectman and Bicentennial Coordinator Neil Farrington, who stressed the importance of preserving tangible pieces of China’s past. He also urged treating China’s four villages equally, pointing out that the town is financing causeway improvements near China Village and the one-room schoolhouse in Weeks Mills and has installed sidewalks in South China. 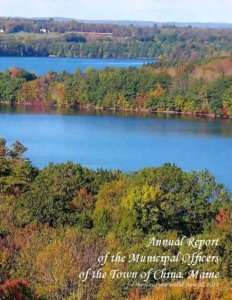 Budget committee member Wayne Chadwick said preservation should be done by the China Historical Society or another private entity, not by taxpayers. He pointed out that in the Palermo half of Branch Mills Village are a newer church and a Grange Hall that could serve as community centers.

Former Selectman Ronald Breton said the TIF Committee had not been consulted on the possible use of TIF money. He added that “a selectman” – he declined to say which one – told him repairs and maintenance would be likely to cost $200,000 rather than the $80,000 in the warrant article.

Another historic preservation proposal, the request for up to $20,000 to install water and a septic system at the Weeks Mills schoolhouse, also generated debate, but was approved, not unanimously, by a show of hands. Farrington said the work would make the building usable as a community center for Weeks Mills or, now that it has internet, as a virtual school.

Chadwick opposed this expenditure, too, questioning the need for local centers now that transportation is easy, citing the shortage of land for a septic system and for parking and asking whether the additions would fit the building’s historic character.

Farrington said parking could be at the church across the road and that a neighbor is willing to share part of his land. Town Manager Daniel L’Heureux added that the Weeks Mills Water Company has agreed to extend a line to the building, and that when it was a school it had running water and a “primitive waste system.”

The other request approved only after debate was for a new precrusher-compactor for demolition and debris at the transfer station (Art. 17). The equipment would cost more than $56,000; Chadwick and others questioned whether it was a good investment.

Members of the Transfer Station Committee, which endorsed the proposal, said the new equipment would be used mostly to crush bulky items like sofas and mattresses so that each load shipped out for landfilling would have more in it. Since the town pays by the load, increasing the tonnage in each load from about six to about 10 tons would save money.

The new compactor would also save wear and tear on the loader that transfer station staff now use as an improvised crusher, would save staff time and would be safer, Paul Lucas and Linda O’Connor said. It would be a back-up for busy days or if the main compactor had a problem. Since the current hopper dates from around 1990, Farrington called a back-up a good idea.

There was disagreement over how long it would take the equipment to pay for itself, with opponents claiming up to 17 years and supporters saying if quantities of debris continue to increase and hauling costs rise the payback could be five or six years.

Art. 17 also included a little more than $24,000 for a new forklift. Transfer Station Committee Chairman Frank Soares said the one now in use needs $3,000 worth of repairs and would still be of doubtful reliability.

Another new proposal that voters approved was to spend up to $22,000 to update China’s comprehensive plan, with the understanding most of the money would be used to hire a consultant. Residents interested in serving on a committee to oversee the project are invited to contact the town office.

The business meeting began with election of Richard Thompson as moderator for, he said, about the 13th year. Voters heard brief presentations from state Senate candidates John Glowa, of China, and Matthew Pouliot, of Augusta; state House candidates Dawn Castner and incumbent Timothy Theriault, both of China; and gubernatorial candidate Mary Mayhew, of China.

During a scheduled break in business, Selectman Irene Belanger asked for audience appreciation of China’s firefighters, rescue unit members and police officers and announced Spirit of America awards for volunteerism to one individual and one group.

She recognized L’Heureux’s retirement after 22 -1/2 years as China’s town manager and said he deserves the Spirit of America award for all the extra time he has put in. The audience gave him standing applause. The other Spirit of America recipients were those overseeing and organizing programs in the China school forest behind China Primary School: Tim Basham, Elaine Philbrook and Robin Tobey, all of China, and Claire Heffernan, school health coordinator for Regional School Unit (RSU) #18.