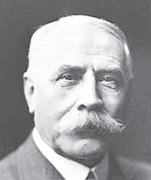 Sir Edward Elgar (1857-1934) was perhaps best known as the composer of Land of Hope and Glory, a very much sung World War I anthem, itself based on the First Pomp and Circumstance March, whose tune is still heard at graduation ceremonies and band concerts.

Starting in 1917 when the composer was 60 and at the height of his powers, Elgar wrote three works for chamber forces, which he had never attempted before. Two of them are contained on this LP – the Violin Sonata and the String Quartet, both of them having a quiet thoughtful reserve of both dignity and yet an intimacy of feeling, along with a special beauty.

The performances are superlative. Finally, there are 14 copies of the vinyl LP still available from Amazon vendors, starting at $7, along with other more recent recordings on CD. 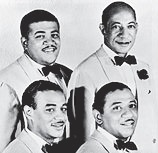 The Mills Brothers, consisting of Dad and two sons, began performing in 1922 and recorded a slew of best selling hits for Decca during the 78 era, later re-recording them for Dot records from the ‘50s into the ‘60s with greater success, not to mention the superior stereo sound; this 1958 LP has some of their classics – Paper Doll, Up a Lazy River, Glow Worm, the sweetly poignant You Always Hurt the One You Love, etc., performed with that utterly unassuming style of theirs that was endearing while concealing the years of careful rehearsing and discipline.

About Glow Worm – its composer, Johnny Mercer, recorded it, but with minimal sales. Within five years, the Mills did their own record and made millions.

The jazz pianist and bandleader, Frank Froeba (1907-1981), founded his own group in the 1930s, which employed the likes of Bobby Hackett and Bunny Berrigan, and waxed a number of 78s for the Decca and Columbia labels. This LP contains such familiar tunes as The One I Love Belongs to Somebody Else, A Lover’s Lullaby, My Bonnie Lies Over the Ocean and Where Has My Little Dog Gone?, the first two selections are admittedly incompatible as to style and content with the last two; it also has the aptly titled Bee Boogie, which is a boogieish reworking of Rimsky-Korsakoff’s Flight of the Bumble Bee. The entire program is very professionally and enthusiastically performed and makes for very pleasant listening.

Royale was one of several very cheaply priced labels which proliferated from the late ‘40s into the ‘50s and drew its material from both legitimate and questionable sources, often engaging in flagrant bootlegging. However, my copy of the above LP is in wonderful condition and has good sound. Highly recommended for interested listeners and still available on Ebay at a reasonable price under $15.

I’m Just Curious: Ticks and bumps IF WALLS COULD TALK, Week of March 2, 2017
Scroll to top