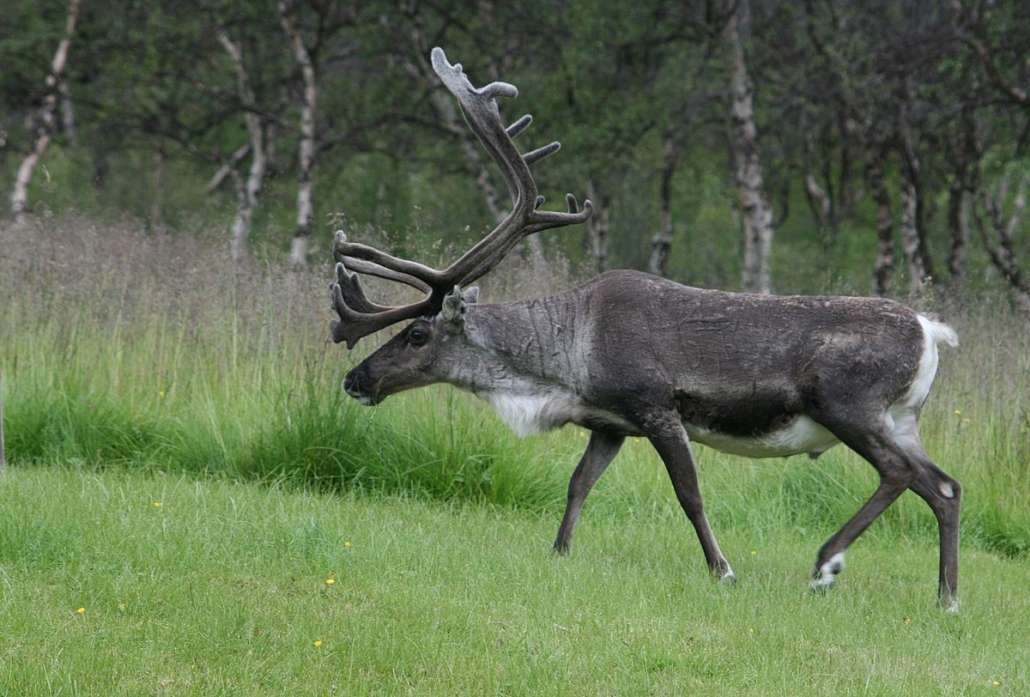 Christmas is quickly sneaking up on us, and as everyone knows, it is the day that Santa Claus comes down the chimney bearing gifts. And, we also know, Santa arrives at your house in a sleigh powered by eight flying “reindeer.” So, what are reindeer? 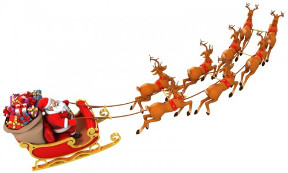 The reindeer, Rangifer tarandus, also known as caribou when wild in North America, is an Arctic and Subarctic-dwelling deer, widespread and numerous in those areas.

The name “caribou” comes, through French, from Mi’kmaq qalipu, meaning “snow shoveler,” referring to its habit of pawing through the snow for food.

Originally, the reindeer was found in Scandinavia, Eastern Europe, Russia, Mong­olia and northern China north of the 50th latitude. In North America, it was found in Canada, Alaska and the northern contiguous USA from Washington state to Maine. During the late Pleistocene era, reindeer were found as far south as Nevada and Tennessee.

Today, wild reindeer have disappeared from many areas within this large historical range, especially from the southern parts, where it vanished almost everywhere. Large populations are still found in Norway, Siberia, Greenland, Alaska and Canada.

Caribou and reindeer numbers have fluctuated historically, but many herds are in decline across this range, with the decline linked to climate change and industrial disturbance of habitat for sedentary, non-migratory herds.

The reindeer travels the furthest of any terrestrial mammal, walking up to 3,100 miles a year, although in Europe, the animal does not migrate as far. Normally traveling from 12-34 miles a day, the caribou can run at speeds of 37-50 mph.

The reindeer hooves adapt to the season: in the summer, when the tundra is soft and wet, the footpads become sponge-like and provide extra traction. In the winter, the pads shrink and tighten, exposing the rim of the hoof, which cuts into the ice and crusted snow to keep it from slipping. 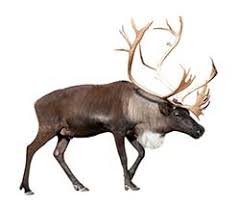 The reindeer coat has two layers of fur, a dense woolly undercoat and longer-haired overcoat consisting of hollow, air-filled hairs.

There are a variety of predators that prey heavily on reindeer. Golden eagles prey on calves and are the most prolific hunter on calving grounds. Woverines, brown bears, polar bears and gray wolves also prey on newborn calves or sickly animals. The gray wolf is the most effective natural predator of adult reindeer.

Reindeer hunting by humans has a very long history. Humans started hunting reindeer in the Mesolithic and Neolithic periods, and humans are today the main predator in many areas. Norway and Greenland have unbroken traditions of hunting wild reindeer from the ice age until the present day.

Reindeer meat is popular in the Scandinavian countries where reindeer meatballs are sold canned, and sautéed reindeer a best known dish in Lapland. In Alaska and Finland, reindeer sausage is sold in supermarkets and grocery stores. Reindeer meat is very tender and lean. Caribou have been a major source of subsistence for Canadian Inuit.

The first written description of reindeer is found in Julius Caesar’s Commentarii de Bello Gallico (chapter 6.26), from the first century BC: “There is an ox shaped like a stag. In the middle of its forehead a single horn grows between its ears, taller and straighter than the animal horns with which we are familiar. At the top of this horns spreads out like the palm of a hand or the branches of a tree. The females are of the same form as the males, and their horns are the same shape and size.”

Getting back to Christmas, Santa’s reindeer were first named in the anonymously-written 1823 poem, “A Visit from St. Nicholas,” (“Twas the Night Before Christmas,” later credited to Clement Clarke Moore), and were called Dasher, Dancer, Prancer, Vixen, Comet, Cupid, Dunder and Blixem. Dunder was later changed to Donder, and still again to Donner (German for “thunder.”). Blixem was later changed to Bliksem, then Blitzen (German for “lightning”). Some consider Rudolph as part of the group as well, though he was not part of the original work. Rudolph was added by Robert L. May in 1939 as “Rudolph the Red-Nosed Reindeer.”

So, if you leave cookies and milk for Santa on Christmas eve, don’t forget some lichens, and leaves of willows and birches, for the reindeer.

Name the four NFL quarterbacks to have been the winning quarterback in at least three Super Bowls.