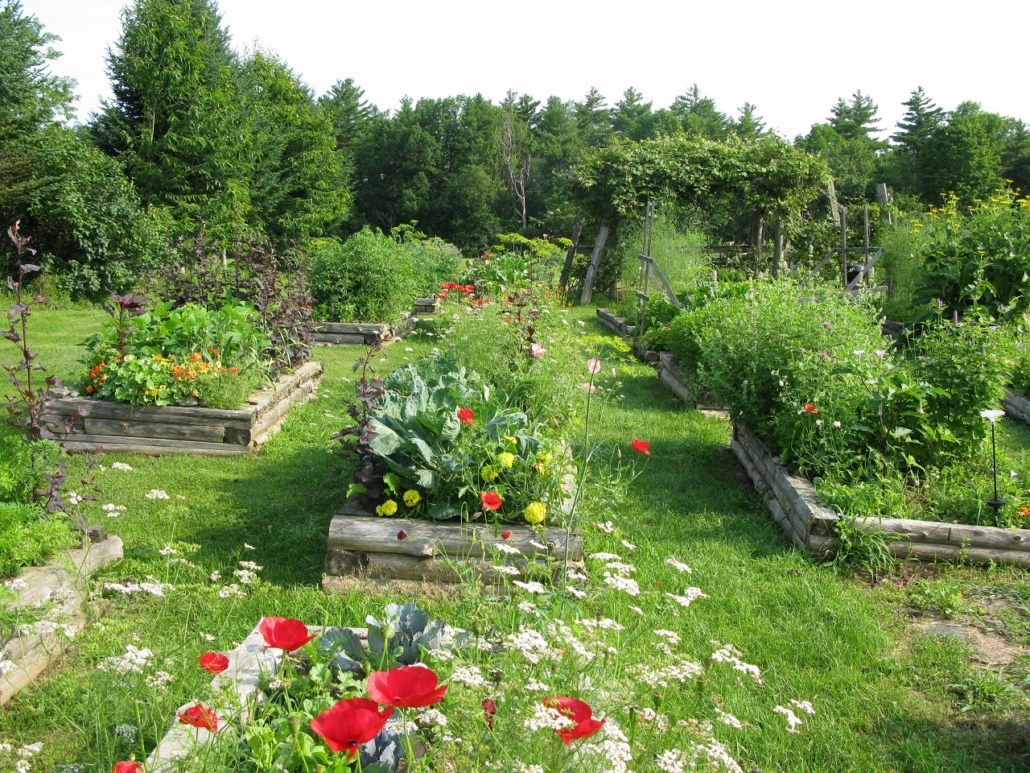 The air smells warm and fresh. The leaves have that bright new green color, only seen at this time of the year. The grass is soft to walk on as we move over to the garden that we left bare last fall. We all hear the call for planting again this year. But this year things are going to be different. Our garden is going to be a showplace with arrow straight rows, bushels of the tastiest vegetables and not a weed within a hundred yards of the garden.

This year our garden will easily win the Best Garden of the Summer award. Every August for many years an unknown judge has always placed a blue ribbon tied to a stake at the edge of one of the gardens in Palermo, noting that garden as the best of the summer. No one ever saw or knew who awarded this prestigious prize, but as years went by the competition became more intense. No longer were weeds allowed to grow and rows became straighter and freshened up with frequent hoeing. Hilda and Lloyd Leeman on Leeman’s Arm spent an hour or two in their garden every morning. As a result of their work, they found the blue ribbon hanging on a post among their rows on more than one occasion.

Hilda and Lloyd’s Garden was back of the red barn at the old house on Leeman Arm. Their garden, full of corn, tomatoes, greens, peas, beans, carrots and other root crops was right out of a photograph in a farm journal magazine. The garden provided them with fresh vegetables along with plenty of stock for making the best sauerkraut and canned vegetables to last all winter.

As generous Mainers they always canned and froze more than they could use in case other families were in need during the winter. All summer they put a box at the edge of the camp road. The box was filled every morning with fresh vegetables for campers and anyone else who wanted to enjoy the taste of fresh home-grown vegetables. The box never remained full very long.

Just on the other side of the barn, Archie Leeman grew the best corn mostly for his annual corn party on one Sunday afternoon in August. Scores of families, town folk, summer campers and friends would show up with salads, desserts, and drinks, but the main feature was fresh corn. The cooking pots of spring water were heated over an outdoor fire. But only when a rolling boil was achieved did Archie run across to the garden to pick baskets full of fresh corn. It was husked and dropped into the boiling water for just a few minutes then served with fresh creamery butter and salt. Then the corn eating and enjoyment ritual was repeated and repeated until everyone could not eat another bite of this golden yellow treat.

Following in the footsteps of these great gardeners, Gary Leeman started a nice vegetable garden above the old barn in a stony patch of ground. He too produced fine crops of vegetables for summer enjoyment and winter canning. Gary was known as the innovator and experimenter in the garden. He was the first to grow a variety of white skinned cucumbers which looked quite different but were very easy to spot among the green vines. The white cukes had thin skins never needing peeling while tasting great fresh or pickled in the many canning jars he and his wife Sharon put up.

Since Gary’s Garden was closer to a stand of trees, his was the target of birds and other vegetable enjoying creatures. He developed a way to hang white plastic grocery bags on stakes which every breeze would fill with air to scare anything out of the garden. In fact, if anyone wanted to raid the garden on a breezy moon lit night, they might have second thoughts with these white air-filled ghost-like bags moving around the unseen stakes.

Gary like the others competed for the blue-ribbon best garden award. He was a good musician and band member who wanted to add a little instrumentation and unique style to his garden to convince raccoons to stay out of the corn and maybe impress the unknown best garden judge. He designed the Elvis scarecrow who stood in the garden with a guitar hanging on his neck, playing as the ghost shopping bags rocked and rolled around the vegetables. We believe that Gary added music from a portable radio to the Elvis scarecrow. If he did, it would have had to include Blue Suede Shoes and Don’t Be Cruel to plead with the raccoons to stay out of the corn.

I think that Gary’s Elvis scarecrow received honorable mention one year for Best Musical Garden. All the gardeners speculated on who awarded the best garden blue ribbon but the judge has never been exposed. Many of those great and generous gardeners are gone now but their memories remain every time we pass the old barn and grown over gardens. All the children and friends who had opportunities to partake of Archie and Penny’s corn feed or who picked up a few fresh vegies from the box aside the camp road or just admired the straight, neat, well-manicured award-winning gardens wonder if we can ever reproduce these beautiful producing gardens.

The challenge is ours and the judge who awards the Best Garden Blue ribbon could still be traveling around town this summer looking for a place to plant the stake with the Blue Ribbon. Gary is still planting his white skinned cukes and corn, but this year he lost his prime garden space to land development. However, wherever Gary plants this year you will see Elvis, the rock and rolling musical scarecrow, shake and shimmy the vegetables into tasty perfection.