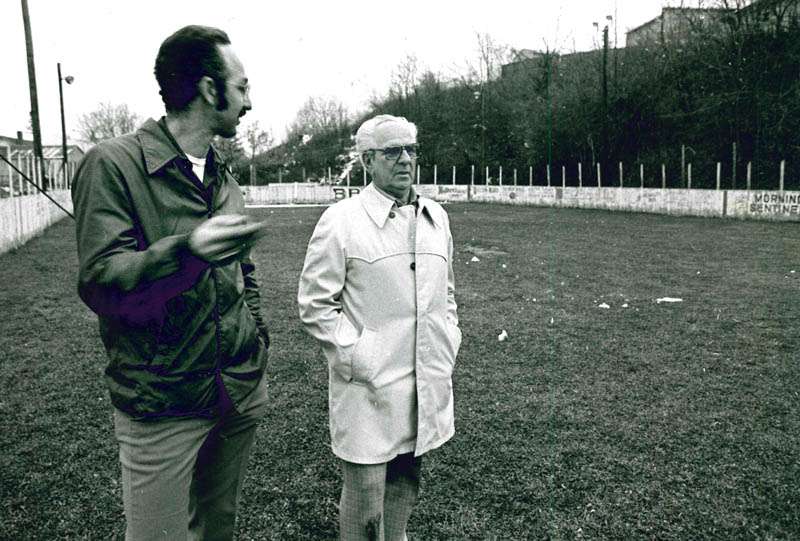 The South End Arena was founded by a Waterville police captain, Arthur Gagne. He had a vision to provide a place for local teens to gather in a safe and family-friendly environment.

But, the venue was not just used for winter ice sports. Prior to that, it was the site of many boxing matches held in the city. But, that was before my time.

My first experience at “Art’s”, which is what we called it, was to participate in public skating, usually on the weekends. When you first arrived, you would go into a warming shack to pay the admission fee, usually minimal – I want to say 25-cents, but my memory doesn’t quite cooperate. It was a tar-paper shack with wood shavings on the ground so your skates wouldn’t make contact with the dirt floor. There was a wood-burning stove, and the aroma of that was mesmerizing. You could smell it for blocks.

You would put on your skates, maybe socialized a bit, then go out the door onto the ice surface. The rink was Olympic size, larger than your average ice surface today. So, there was plenty of room for experienced skaters, and beginners.

Beginners would usually gather in a corner, and fall more times than they moved. The more experienced would skate around the rest of the rink. Sometimes, when Arthur wasn’t looking, we would form a human-whip. That was a blast, especially the further out you were on the line. Arthur didn’t care for us doing that because of the risk of injuries. But, we were young, enthusiastic, and maybe a little naïve as to what could happen.

Of course, later at night, after public skating ended, we would organize a pick-up hockey game. Some of Waterville’s finest hockey players came from the “South End,” affectionally known as the “Rink Rats.” We would take on all comers, and would usually prevail against challenging teams from other parts of the city. There were no bleachers around the rink. Spectators had to stand in the snowbanks, with no screens nor glass to protect them from errant pucks. You had to keep your eyes on the action.

Once the hockey was done, it was time to get down to work. In order to get in to public skating for free, you would join the scraping gang. You would grab a scraper, most of which were fabricated from old street/traffic signs with a wooden handle attached. The steel made for very thorough clearing of the snow that had accumulated from the night’s skating. Then, out came the fire hoses and the beginning to lay a fresh layer of ice, sometimes causing it to be at the arena into the early morning hours. Some would nap on the counter, and the benches in the warming shack until it was their turn to take over.

But Arthur wanted to offer more to the local teens. So, later, he constructed a building more like a ski lodge, with a small concession stand, juke box, a pool table, and, of course, a place to put on your skates to hit the ice.

You were also expected to be on your best behavior. Arthur had a zero tolerance for unacceptable conduct. I don’t quite recall what the punishment was, because we all knew what was expected of us. Not many were reprimanded.

As the years went by, and Arthur became unable to continue with what we called the “Youth Center,” until his passing, his son Carl took over. Carl had a history of playing hockey, having been the goaltender for the Waterville High School hockey team in the late 1950s.

But it was now the 1970s and times were changing. The arena soon began to deteriorate, and funding to keep it going was eliminated. Unable to continue with the financial responsibilities, the arena was closed, and passed into history.

Whenever I drive by the site of the old rink, I always think I would like to stop to take a look, to reminisce the days of my youth, but that would mean trespassing on someone’s property. To access the rink back in those days, you actually went up Arthur’s driveway to get to the shack and the rink, which were located behind his home.

For some of us, memories are all we have left of the old South End Arena.

Read more from this series here.