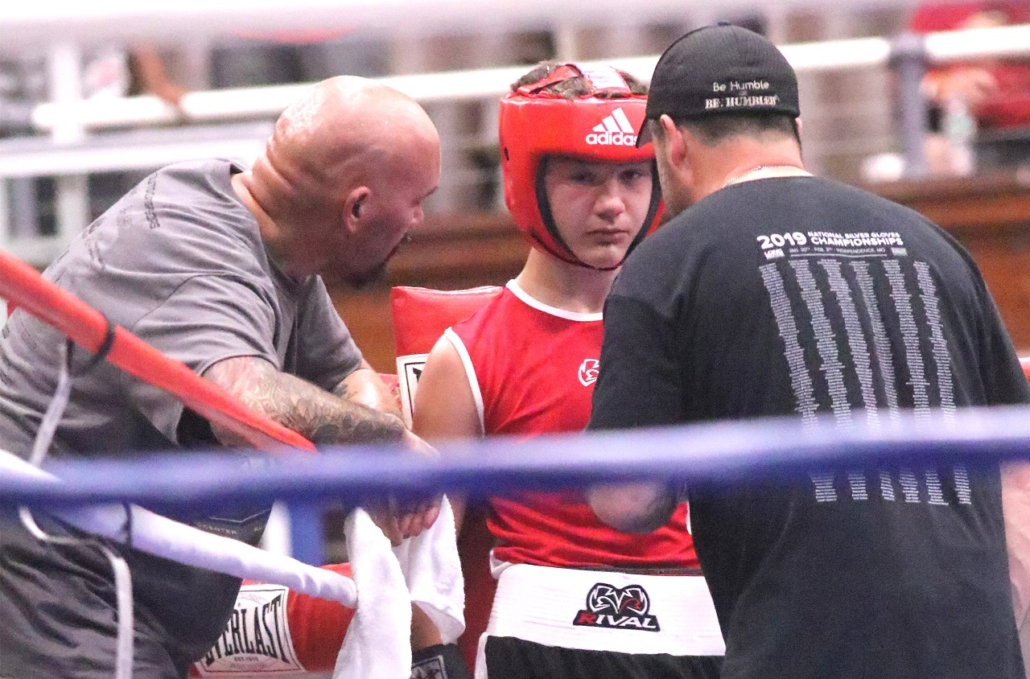 Braden Littlefield, 13, of East Benton, a talented young boxer, fighting out of Cugno Boxing, fought and obtained a unanimous decision win over his opponent at the Lewiston Armory on August 3. He was also the recipient of a belt, given to both Littlefield and his opponent for being the Fight of the Night. The event titled “Gettin’ Gritty in the City,” was promoted by Cugno Boxing and was held in the upstairs gymnasium of the Lewiston Armory. 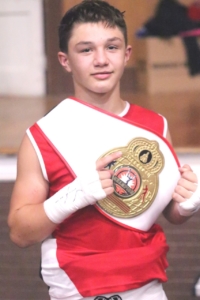 This is a special space for the Cugno Boxers, because their training space is directly below where the event was held. This is a historic site for Maine Boxing, and this is the first time that a boxing event has occurred in this building since 1999. Littlefield’s coach, Glenn Cugno, fought as a professional fighter in that same arena nearly two-and-a-half decades ago.

Braden Littlefield started boxing in 2016 at the age of 10. He has played sports for as long as he can remember to include baseball and football. Braden has 23 bouts under his belt. He and his coach pride themselves on fighting the very best around. Littlefield prefers to challenge himself by accepting fight with more experienced fighters. Many don’t understand that boxing doesn’t have a defined season like many sports. It is a year round commitment and demands dedication in and out of the gym. Littlefield works four days in the gym and does road and bag work on off days as well.

Littlefield has traveled all over New England fighting in every New England state. He has also traveled to Florida, Connecticut, Maryland, North Carolina and Virginia. Littlefield has won the Silver Gloves New England Championships, as well being the Regional champion. He won the Sugar Bert National qualifier in Virginia Beach which qualified him for the national tournament in Kissimmee, Florida, where he made it to the finals and lost a close split decision in the final bout. Littlefield reports his biggest accomplishment to date is winning a bout against a national champion ranked number one in the country. Littlefield also won the New England Jr. Olympic title and went on to fight in the finals at the Regionals at the Olympic Training Center, in Lake Placid, New York.

Littlefield has grown up in Fairfield and Benton, and has a large fan base. He comes from a big family that all support Littlefield’s boxing goals. Littlefield plans to continue to travel and strive for that national championship.