The 19th Maine International Film Festival ((MIFF) began last Friday evening, with the showing of “Seasons,” a film with beautiful photography about creatures from insects to birds and beasts who occupied the verdant primordial forests. 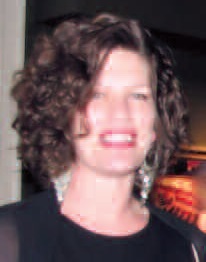 Introductions this year were short and homey, creating an atmosphere of family gathering together for a reunion.  Uri Lessing, board president of the Maine Film Center, began the festival by giving credit where it is due – to MIFF director Shannon Haines, of Waterville.

“The big news is that we have two honorees this year – an unprecedented occurrence for MIFF – with Lifetime Achievement Award honoree Robert Benton and Mid-Life Achievement Award honoree Gabriel Byrne,” Haines said.  “This is the 2nd Annual World Filmmaker’s Forum, which will include VJ Suave – pronounced sah-vay, not sauve – with films from Mexico, Uruguay, Brazil and South Africa.” 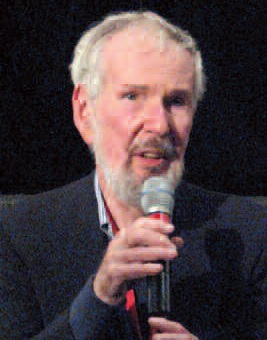 Haines thanked Waterville Creates for their generous grant as well as festival sponsors, the supportive community and volunteers.

Ken Eisen, MIFF program director and moving force behind Railroad Square Cinema, chooses about 100 films for MIFF each year from between 500 to 1000 submissions.  While some come from the official submissions process, most are from filmmakers, distributors and friends. Other selections are associated with special guests, award winners, with a few top restorations of great older films.

“Everyone has their own festival.  You cannot see all of the films.  Everyone is their own programmer,” Eisen said, encouraging people to view at least eight films that they would not usually chose.

“This year’s festival is dedicated to the wonderful Kathryn Altman, who’s been up (to MIFF) the past few years and who passed in March of this year,” Eisen said.  “Robert Benton, our Lifetime Award Winner, had his second film as a director, “The Late Show,” by Kathryn’s husband, Robert Altman.”

According to Karen Young, MIFF’s shorts programmer, short films are gaining popularity and the 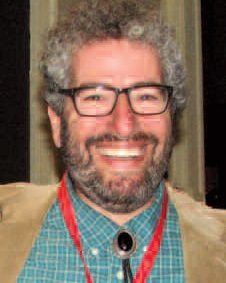 Uri Lessing welcomed guests to the festival as if they were close friends and family, creating an intimate atmosphere.

“Due to the abundance and exceptional quality of the Maine shorts submissions, there will be TWO programs of them this year,” Young said.  “Only four American shorts will be screened – they are in a program called “Crime Doesn’t Pay!” and are, as the title indicates, about crime – don’t bring the kids!  There will also be a “World Shorts Program” with entries chosen from seven countries.   These are not films about people sitting on a couch – you will know you are in that country.”

Check one of the broadsheets or go to MIFF.org to view times and venues for these fantastic short films.

“Make it your mission to come to at least one shorts program – you will not be disappointed,” Young said.

Robert Benton received the Lifetime Achievement Award last Sunday evening after a screening of “Nobody’s Fool, starring Paul Newman, with a host of other familiar faces, including Jessica Tandy – it was her last film.  Benton was both screenwriter and director.  Other Benton films include “Kramer vs. Kramer,” “Places in the Heart,” “Bonnie and Clyde,” “Superman” and “The Late Show.”  On hand to present the award was Maine’s own Richard Russo, author of “Nobody’s Fool.”

“We’ve worked on several films together,” Russo said of Benton.  “As a film maker, he’s a national treasure.”

“Now you know why Richard Russo is one of our greatest fiction writers,” Benton said.

Gabriel Byrne is this year’s Mid Life Achievement winner.  The Dublin born actors’s films include, “The Usual Suspects,” “Miller’s Crossing,” “Jindabyne” and “Louder Than Bombs.” His award ceremony will be held at the Waterville Opera House on Friday, July 15, 6:30PM with a screening of “The Usual Suspects.”

Another festival highlight is the 39th Maine Student Film and Video Festival, held on July 16, at the Waterville Opera House.  This venue is free.

“I hope visiting filmmakers and directors will support this festival to give students encouragement and advice,” Huey said.  He is the force behind the student film festival.

Closing night ceremonies are at the Waterville Opera House, beginning at 7:00PM with the showing of “Little Men,” followed by a party at Mainely Brews.

As a final note, MIFFONEDGE will be extra edgy this year focusing on animation, according to Haines.  Visit the last three days of EDGE at Common Street Arts on 93 Main Street between 2-9PM this Thursday, Friday and Saturday.

SOLON & BEYOND, Week of July 14, 2016 Peach Delivery Cancels Movie of the Month
Scroll to top