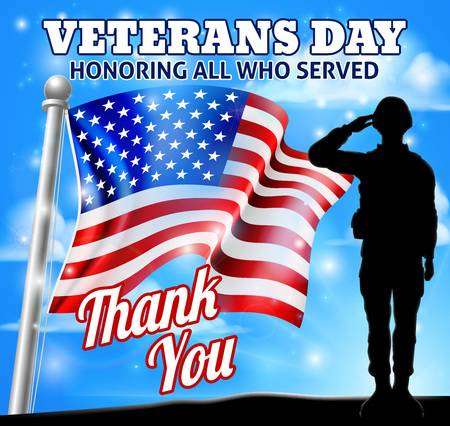 So here we are with another year passing us by and searching for meaning. We veterans know who, what and why we are considered veterans. In general, those who have served in the U.S. Military are veterans. However, title 38 of the Code of Federal Regulations defines a veteran as “a person who served in the active military, army, navy, or air service and who was discharged or released under conditions other than dishonorable”.

This definition explains that any individual that completed a service for any branch of armed forces classifies as a veteran as long as they were not dishonorably discharged. The most important thing to understand is veteran status. This is very important to the veteran but has no meaning to the general public. When the veteran is released from his military obligations he or she may be entitled to earned benefits, post military. At this point in time the veteran should locate the nearest “Veterans Administration” office and register any service related situation with a Veterans Advocate. Here also, he will receive information and advice as to what he may be entitled to. He will display his DD214 and perhaps show his military service and medical records. The veteran will be guided from there.

Now let’s take a look at how a veteran began and a little history of the veteran’s origin. In this country the making of a veteran basically began in 1775. This was the beginning of the Revolutionary War. This war began on April 19, 1775, and didn’t end until April 3, 1783; eight long years. We were a young country seeking freedom from mother Great Britain. She didn’t want to let us go so war ensued. The war was fought and won, but at great cost. We lost nearly 70,000 soldiers in this conflict. On the third day of April in 1783 our first veteran was born.

On April 12, 1861, the Civil War had begun. Before it was to end we would lose 364,511 Union soldiers and another 260,000 Confederates. History tells us that loved ones went to the killing fields to claim the bodies of their loved ones. This war ended on April 12, 1865. More veterans were created. They claim 25 percent of those who fought did not survive.

Would you know it, we decided the country of Vietnam needed to be free from Communism. This was on November 1, 1955, and ended April 30, 1975. This involved Cambodia and Laos. We spent 20 years trying to change Vietnam but failed in our attempt. However, we did create more “Veterans”. I guess we didn’t have enough so we went to the aid of Afghanistan on October 7, 2001, to August 30, 2021. This would be another 20-year war which cost us 2,456 American lives. There were 20,752 of America’s finest wounded. Also this war led to many U.S. soldiers committing suicide. Currently, I don’t know why our troops were so affected by this particular war. I am currently searching for answers to that dilemma. In any case, we ended up with more “veterans”. The last one that I will mention is the Gulf War, which runs from August 2, 1990, to February 28, 1991. Two hundred nineteen men and women died, more “veterans”. There were other skirmishes that I haven’t addressed and my figures are only a good approximate; they are close enough for purposes of this article. I guesstimate around 1,520,226 deaths and approximately five times that in wounded. That’s a lot of sons, daughters, mothers, fathers, brothers and sisters as well as others sacrificing to keep us and others free. So we have a million and a half posthumous veterans and many millions more who were lucky enough to make it home. Home is the key word and it’s still free and safe thanks to veterans; we continue to keep conflict off of our shores.

Believe me, if we didn’t have veterans we would be speaking another language by now. When will we and the world learn to live and let live? Greed and corruption continue to take the front seat and so we must continue to create “veterans”. I am a veteran, yet every night I pray for those in harm’s way, especially our veterans. My time has come and gone as is the case of thousands of others. We must rely on the strength of others now, as they will eventually do. At this point in time it’s the way of things. We need to pray for a world of peace. Until that time, God Bless our future veterans. Pray for them; thank them for serving our country and for watching over us. God Bless our veterans and God Bless America.