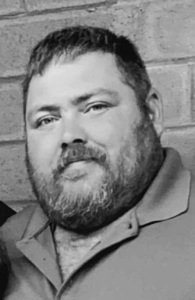 FAIRFIELD – Daniel M. Follansbee, 40, passed away on Friday, June 25, 2021, from injuries sustained in an ATV accident, in Jackman. Dan was born December 27, 1980, in Waterville, the son of Mark G. Follansbee and his wife “B”, of Fairfield, and Annette M. (Daigle) Follansbee and her companion Sean Callan, of Fairfield.

He is the husband of Jennifer L. (Morrell) Follansbee.

Dan resided in Fairfield for most of his life he was a graduate of Lawrence High School Class of 1999.

He owned and operated a construction company for many years. Dan enjoyed working with his hands as well as working with excavators and other large equipment. Dan was a true outdoorsman who loved camping, hunting, fishing, playing video games riding ATV’s, snowmobiles and spending time on his pontoon boat. He valued his family and friends and enjoyed spending time with them.

He will always be remembered for his outgoing personality and one liners.

In addition to his wife and parents, Dan is survived by his children Nicholas Follansbee, of Waterville, Pauline Follansbee, of Brunswick, Elijah Merrill, of Waterville, Drew Kiernan, of Bath, Tyler Kiernan, of Fairfield, and Brittanie Levesque, of Oakland; brothers Taylor Follansbee and wife Samantha, of Davis, California, Ben Roy, of Denver, Colorado, and Robert Roy, Jr., of Brunswick; many aunts, uncles, and cousins.

Funeral services were held in the huneral home on Thursday, July 1, 2021, followed by burial in Friends Cemetery.

Arrangements are in the care of the Lawry Brothers Funeral Home, 107 Main St. Fairfield, where condolences may be shared with the family on the obituary page of the website at http://www.familyfirstfuneralhomes.com.

In lieu of flowers donations may be made to the family, c/o Jennifer Follansbee, 202 Norridgewock Road, Fairfield, ME 04937. 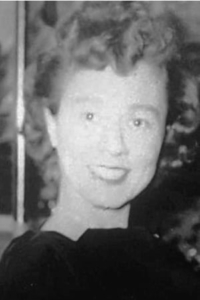 PALERMO – E. Barbara Morrison, passed away on Saturday, June 26, 2021. She was the daughter of Fleda (Worthen) and Ernest Hines, both predeceasing her.

Barbara began her life in Brockton, Massachusetts. She attended Brockton High School where she received high honors. She went on to graduate in 1947 from the Massachusetts Memorial Nursing School, where she became a 50-year honorary alumni member.

Barbara served her country, with great honor, as a member of the elite group known as the Cadet Nurse Corp. for three years during World War II.

She worked as a public health nurse and at Goddard Memorial Hospital, also at the Veterans Administration Hospital, all in Brockton, Massachusetts.

In 1948, Barbara married the love of her life, Glenn H. Morrison. They had 54 years together before Glenn went home to his lord. Together they raised their three children, Aleta, Glenn A., and Mathew.

After moving to Maine in 1967, she continued her love for nursing at Thayer Hospital, in Waterville, where she worked for 20 years, giving of herself to others.

Barbara and Glenn were devoted members of the Getchell Street Baptist Church, in Waterville.

A committal service will be held at the Veterans Cemetery, Civic Center Drive, Augusta.

Ted was a member of the U.S. Army 82nd Airborn Division, and the military police.

Arrangements are under the care of Plummer Funeral Home, 983 Ridge Road, Rte. 32, Windsor.

Condolences, photos and stories may be shared at http://www.plummerfh.com. 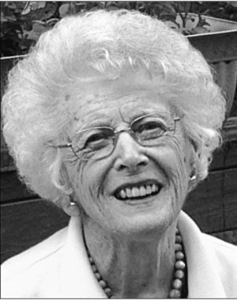 WATERVILLE – Thelma Proctor Matheson, 99, a resident of Waterville, passed away peacefully on Wednesday, May 19, 2021, at the Gosnell Memorial Hospice House, in Scarborough. Born in Waterville on January 3, 1922, Thelma was the daughter of Carl and Marianne (Gilbert) Proctor.

Thelma graduated from Waterville High School in 1939 and graduated with a BA in English from Colby College, in Waterville, in 1943. She was the first female drum majorette for the all-male Colby marching band and held this position for four years.

While at Colby she met the love of her life, Delbert Donald Matheson of Ipswich, Massachusetts. They married in 1946, designed and built their home in Waterville and raised their four children. Her children grown, Thelma returned to school to earn a master’s degree in Library Sciences from the University of Maine, Orono. She worked as the Audio Visual Librarian in the Media Center, at Waterville High School, for 17 years.

Thelma was a kind woman with a wonderful heart. Many of her children’s friends referred to her as “Mum”. She and Del loved to play bridge with their group of friends and Thelma enjoyed golf with the “9-holers.” She played many years of duplicate bridge; loved to read, do crosswords, and watch Jeopardy, on television. She was a life-time member of the Waterville Women’s Club.

Thelma was predeceased by her husband of 66 years and her daughter, Susan Matheson Lyles, of The Villages, Florida, and her brother Earl Reginald Proctor.

A memorial celebration of Thelma’s life will be held at a later date when her family can all gather. Burial will be in St. Francis Catholic Cemetery in Waterville.