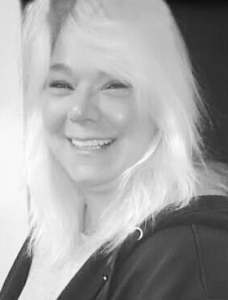 She was educated in local schools and graduated from Waterville High School in 1986.

She was predeceased by her parents, Clinton and Marion Caron; daughter, Brittany Estes. 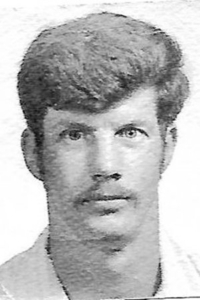 Mark married Patricia on December 23, 1987, in Fairfield. Mark attended Waterville High School and the Kennebec Valley Technical College, in Fairfield. Mark worked for IBEW of Maine as an electrician on numerous jobs. Mark traveled with his wife to Stevens Point, Wisconsin, Montana, Mississippi and Crawford, Indiana, for his work. Mark was a peaceful man who enjoyed hunting, fishing and target shooting with his family.

Mark was predeceased by his parents and brothers, Floyd Roscoe and George Roscoe Jr.

Mark is survived by his wife, Patricia Roscoe; his brothers, Bruce Roscoe and Bryan Roscoe.

Funeral arrangements are under the direction and care of Gallant Funeral Home, 10 Elm Street, Waterville. 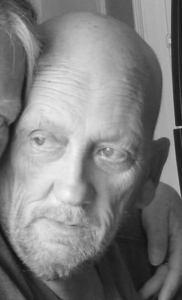 On January 23, 1988, Fred married the lformer Lisa (Dodge) Pollard. Together they raised three children, Christopher, Tabitha, and Amos. In his early years, Fred worked several jobs including Ethan Allen, in Burnham, Blue Rock and Pike Industries, in Sidney. He enjoyed snowmobiling, four-wheeling, and watching NASCAR. He also enjoyed racing at Unity Raceway up until the mid-’90s. Undoubtedly, Fred’s greatest love in life was spending time with his wife, children, and grandkids.

He was predeceased by his parents; brothers, Donny, Lloyd and Skip; sisters, Marlene and Gail; and son, Amos Henry.

Fred will always be remembered for his sense of humor which he kept to the very end.

A private Celebration of Life will be held at the convenience of the family. 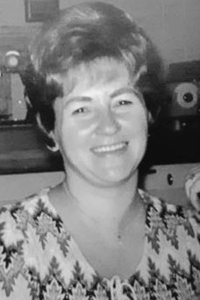 PINELLAS PARK, Florida – Joan Gallagher passed away peacefully on Friday, June 12, 2020, while in the care of Sun­coast Hospice, in Pinellas Park, Florida, after having struggled with numerous chronic illnesses for several years. Born in Waterville to Ernest and Florence (Vashon) Paradis, Joan attended Waterville schools where she was a very gifted artist.

Joan married James F. Quirion “Jim” in 1954 and followed him to Fort Jackson, in Columbia, South Carolina, during his time in the Army. Upon their return to Maine, Joan began work at Keyes Fibre Company (currently Huhtamaki) and resided in Waterville. Joan and Jim divorced in 1976.

Joan met John “Jack” Gallagher on her 40th birthday while dancing. She subsequently moved to Jack’s home in Long Island, New York, and got involved in the real estate and insurance industries. Returning to Maine in 2008, she resided in Brunswick with her sister, Gloria.

Here, she enjoyed visiting with her family, especially her daughters and grandchildren, eating out at her favorite restaurants and participating in Bible study groups and church services at the Topsham Seventh-day Adventist Church.

Joan and Jack married on November 5, 2018, following a move to St. Petersburg, Florida.

Joan loved music, especially singing and playing the guitar. She also loved to dance. During her time at Keyes Fibre, she and friends, Jim Doody, Kitty Plisga and Joan Rodrigue started a band – Big Jim and His Harem. They performed at dances and parties and became a well-known fixture in the Waterville area. She also loved hosting parties for family and friends, and was a great cook. She enjoyed traveling with sister, Gloria, friend, Rachel Boulette Mathieu and her daughters, and cherished a special relationship with her cousin, June Cote Hallee.

She was predeceased by her parents; sister, Claudette Jolicoeur and brother-in-law, Renaud Jolicoeur; and former husband and father of her children, Jim.

A celebration of Joan’s life will be announced at a later date. 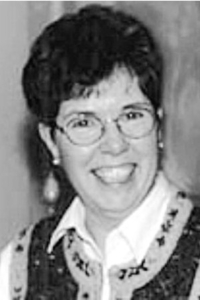 WINSLOW – Gertrude Barton Crosby, 79, of Waterville and Winslow, died peacefully on Friday, June 12, 2020, at Bedside Manor, in Oakland. Trudy was the daughter of Lawrence P. Barton and Winnafred Keller Barton and was a 1959 graduate of Waterville High School.

She worked for a number of years at Federal Trust Company, in Waterville. Trudy was fond of wildflowers and gardening, and especially enjoyed time at their cottage in Pemaquid. She was an antique enthusiast with a keen eye for yard sale finds.

She is survived by her husband of 52 years, Bentley C. Crosby, of Winslow; her brothers, William (Carole), of Falmouth, and Robert (Elizabeth), of Cape Elizabeth; and many nieces and nephews.

A graveside service was held on Saturday, June 20, at Pine Grove Cemetery, in Waterville. 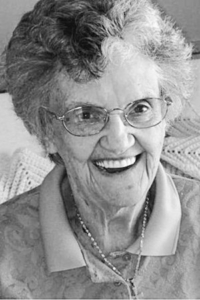 OCALA, Florida – Gertrude M. Francoeur, 94, passed away on Sunday, June 14, 2020. She was born September 11, 1925, in Waterville, the daughter of Joseph and Lea (Rossignol) Veilleux, and was the last living member of her immediate family.

She held various jobs in her youth working at the C. F. Hathaway Shirt Factory, in Waterville, and as a sous chef at Colby College, in Waterville. She was most proud, however, of her position as a homemaker having raised six children.

Gertrude was highly creative and skilled as a seamstress and a variety of crafts. She was an excellent cook and her recipe for baked scallops in a cream sauce won first place in the Maine Seafood Festival one year.

She loved card games of all types, especially cribbage. Her favorite game was Bingo and she never passed up a chance to play.

Due to the current pandemic a celebration of her life will be scheduled at a future date. She will be buried alongside her husband at Forest Lawn Cemetery, in Ocala Florida.

Gertrude had a heart for children and in lieu of flowers donations can be made to St Jude Children’s Research Hospital. 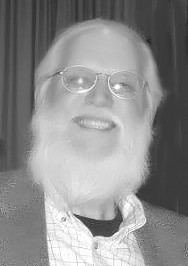 He graduated from Lee Academy in 1967 and then from Southern Maine Vocational Technical Institute in 1969. After 14 years together, on September 19, 1992, he married Barbara Larsson, in Smithfield. He was employed as a marine diesel mechanic, truck driver, construction worker, heavy equipment operator and from 1991 to 2015 as a working manager for Sandy River Recycling Association, in Farmington.

Ron was a member of the Maine Resource Recovery Association. He enjoyed road trips with his wife, Barbara, spending time with family and friends, spoiling his dogs, reading, photography, listening to music, fast cars and gardening.

She was married to Robert Huff on April 18, 1957. She was a homemaker and when her children were older she worked at Sterns Department Store, in Waterville, for many years until they closed. Later in life she worked for the Muskie Center, in Waterville, in the adult day care program, and earned her CNA working in home healthcare. She was a feisty lady, sometimes sassy and quite sarcastic. She enjoyed verbal banter with everyone. She was determined to live her life her way. She loved all stray cats and frequently took them in her home and gave them a great life.

She was an amazing knitter and made one of a kind blankets, jackets, and sweaters. She also enjoyed horses and watching the Kentucky Derby every year.

She is survived by her five daughters, Susan and Bob Barton, of Belgrade, Barbara and Mike Bickford, of China, Laurie Bennett, of Guilford, Peggy Huff and partner Brian Milliken, of Albion, and Amy and Curt Foy, of Fairfield; four grandchildren, Matthew Bickford and wife Emily, Daniel Bickford and wife Ellen, Sarah Byrne and husband Taylor, and Katie Barton; also four great-grandchildren, Sawyer and Evelyn Byrne, and Harper and Elliot Bickford; as well as several nieces and nephews.

She was predeceased by her parents; husband; son-in-law, Bill Bennett; and siblings, Norma, Wendell, Dolores, and Carolyn.

Services will be held on Tuesday, July 21, at 2 p.m., at the Maine Veterans Cemetery, on Mount Vernon Road, in Augusta. Following the graveside services a gathering will take place at Mary’s house, at 135 Clinton Avenue, in Winslow, at 3 p.m.

Arrangements are under the care and direction of Veilleux and Redington Funeral Home, http://www.veilleuxfuneralhome.com. 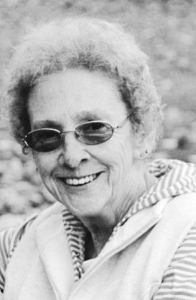 She was predeceased by her husband, Lynn M. Fletcher in 2005; grandson, Liam Fletcher; two sisters, Elaine Dionne and Janet Davis.

In lieu of flowers, friends and family may send condolences to John and Alice Fletcher, 90 Morrill Road, South China, ME 04358. 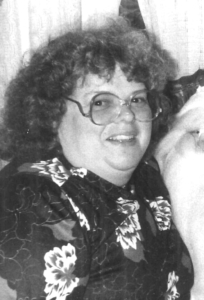 WINSLOW – Avis Arlene (Kelley) Shaunessy, 81, of Winslow, passed away on Friday, June 19, 2020, in Augusta. She was born in Cornville, on December 7, 1938, the daughter of the late Sylvanus and Bessey Luvita (Bickford) Kelley.

Avis was employed by McClellan’s Department Store, on Main Street, in Waterville, for 26 years and worked as a CNA at both Mt. St. Joseph, in Waterville, and Klearview Manor, in Fairfield, nursing homes.

She married Carl Shaunessy on December 1, 1984.

Besides her parents, she was predeceased by her brothers, Arnold Bickford, Bernard Bickford, and Herbert Kelley; and her sister, Esther Merrill.

Avis is survived by her husband, Carl Shaunessy, who says, “She was my little bundle of beautiful”; her son, Brian Keith Shaunessy and his wife, Wyona-Lynn; her two grandchildren, Brian and Brittany; her brothers, Sylvanus and Milan; and her sister, Marion.

A graveside service will be held at 2 p.m. on Thursday, June 25, at Chadwick Hill Cemetery, in South China, with Pastor Steve Donahue officiating.

LETTERS: Thanks from historical society LETTERS: It shouldn’t take a pandemic to underscore need for high speed i...
Scroll to top