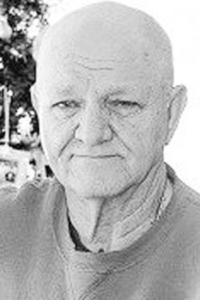 He worked at AMHI, now known as Riverview Psychiatric Center, for over 27 years in a position he loved. Randy enjoyed hunting, four wheeling, being a lover of the outdoors, meticulously maintaining his lawn and particularly time spent with family.

He was predeceased by his parents.

Per the families request services will be private.

Arrangements are under the care of Funeral Alternatives 82 Western Ave. Augusta, Me 04330. 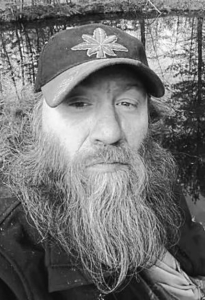 WINSLOW – Chris Earl Mason, 47, passed away suddenly on Wednesday, September 30, 2020, in Waterville. Chris was born in Augusta on December 24, 1972, the son of Richard E. Mason and Shirley Raddatz (Love). He attended school in Evergreen Park, Illinois, and graduated in 1991.

Chris loved to explore the woods and collected many unique rocks he found.

He also loved music, playing his guitar and writing songs. He shared his love of music with his twin sons James and Ronnie. He loved spending time with his good friend Rick Cochran.

He was predeceased by his biological father, Richard E. Mason, his grandparents, Frank Love and Bertha Love (McCaslin), and his pet dogs, Dio and Kudo.

He is survived by his sons James and Ronnie Mason; his mother Shirley Raddatz; his stepfather James Raddatz; his uncle, Brian Love and many other uncles, aunts and cousins.

A Celebration of life with family and close friends will be held at a later date. 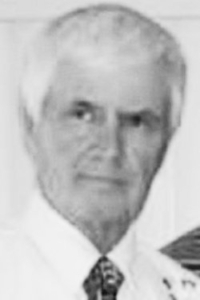 He graduated from Winslow High School in 1961.

He was employed by Tony’s Pizza and Schwan’s as a delivery driver, Zayre and Ames Department Stores as shipping and receiving manager, and the town of Vassalboro as transfer station manager.

He loved to go fishing with his children and spent many hours cultivating beautiful gardens for all to enjoy. He enjoyed his walks and dog-sitting Sarah.

He was predeceased by his brother, Gerald Proulx; and son, Bryan Hasson.

There will be no funeral service or visitation hours per David’s request.

Arrangements under the direction and care of Dan and Scott’s Cremation and Funeral Service, 445 Waterville Road, Skowhegan ME 04976.

In lieu of flowers, friends wishing may make donations in David’s memory to The Maine Children’s Home for Little Wanderers, 93 Silver Street, Waterville, ME 04901. 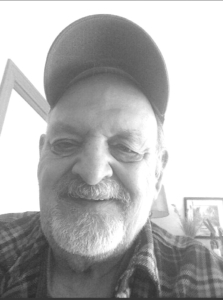 He attended schools in Rhode Island, graduating from Mt. Pleasant class of 1958. He was a veteran who proudly served his country in the United States Army until his honorable discharge. He was employed as a welder by EB Connecticut, then was self-employed in the jewelry industry for many years. On September 1, 1962, he married Marie Batista, in Providence, Rhode Island.

Thomas was a member of the Corpus Christi parish, in Waterville, and had a deep devotion to his faith. He was a loving husband, father, grandfather and great grandfather and enjoyed spending time with his family, in which he was very proud of.

He was a skilled carpenter and craftsman and loved working with his hands. He built the family home and helped his children build their homes. He enjoyed hunting and fishing with his children and grandchildren. Many wonderful family memories were made camping, boating, spending time at the ocean, long drives and surprise road trips to fun places, and just being with his family. He had a warm smile and wonderful sense of humor and was famous for his pranks. His family will miss him dearly but will never forget the memories made or the lessons in life that he taught us.

A private funeral Mass will be held at Notre Dame Catholic Church at a later date, followed by a Christian burial at Saint Francis Catholic Cemetery. There will be no visiting hours.

In lieu of flowers, friends wishing may make donations in his memory to the American Heart Association, Maine Affiliate, 51 US Route1, Suite M, Scarborough ME 04074. 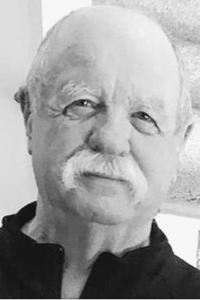 Rich graduated from Milo High School in 1961 and then joined the U.S. Air Force, completing four years of service. Upon leaving the military, Rich worked for a few different businesses before deciding to become self-employed in the early ‘90s. He enjoyed his “handy man” occupation until retirement in 2012 when he and Rita packed up the car and made many road trips over the years, seeing the country together.

If you wish to offer condolences in person the family invites you to Veilleux Funeral Home, in Waterville, on Saturday, October 24, from noon to 3 p.m. Due to COVID-19, all CDC regulations will be followed including the requirement to wear face coverings.

In lieu of flowers, Rich wishes a donation to be made to a charity of your choice instead. 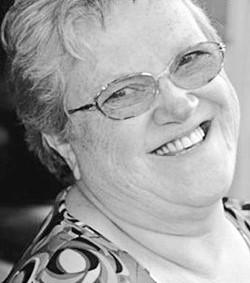 OAKLAND – Linda McKeage Paradis, 73, passed away Monday, October 12, 2020, at her home. Linda was on hospice care at the time of her passing. Linda was born March 21, 1947, in Colebrook, New Hampshire, a daughter of the late Lyman and Blanche Reynolds McKeage.

She attended Apostolic Bible Institute, and graduated valedictorian of her class. Linda enjoyed waitressing with her sisters and the HoJo crew for years. Linda was a senikor director of sales and marketing in “Home Interior” for 35 years and was crowned Miss Maine for highest sales for several years. Linda was a devoted daughter, sister, wife, mother, aunt, and grandmother.

Linda was a very strong Christian based woman and was a member of the New Beginnings Church, in Waterville. Linda was a strong, determined, kind and independent woman. She became the matriarch of the family after her mothers’ passing. One of her passions was creating and hosting the family’s Thanksgiving dinners for many decades. Linda loved cooking, especially making biscuits and doughboys with her sons, nieces, nephews and granddaughter.

Her hobbies included playing cards and the train game with friends and family. Linda was a family-orientated woman and was loved by all who knew her. She will be greatly missed.

There will be a private service at New Beginnings Church of God at a later date.

An online guestbook may be signed, and memories shared at: http://www.familyfirstfuneralhomes.com

Jacqueline grew up in Benton where she attended and graduated from Lawrence High School, in Fairfield. After high school she attended Thomas College, in Waterville, where she graduated with a bachelor’s degree. She was employed as a bookkeeper by Fitzpatrick’s Dairy. Jacqueline attended the Fairfield Methodist Church where she played the organ and was a part of the choir.

Jacqueline really enjoyed music. She played the clarinet, piano, and organ. She also enjoyed taking long vacations with her parents.

Jacqueline is survived by her cousin, Lowell Hawes, and other distant relatives.

Arrangements were under the direction and care of Gallant Funeral Home.

CLINTON – Wendell Gibson, 89, passed away from natural causes on Friday, October 16, 2020, at Northern Light Inland Hospital, in Waterville. He was born in Waterville on January 25, 1931, to J. Holman and Freda (Dixon) Gibson.

A lifelong resident of Clinton, Wendell grew up on the family dairy farm. He often told stories about growing up on the farm, and about when he used to “peddle milk” by horse and wagon.

Wendell spent time working as a plumber and building houses, but he was a farmer at heart and eventually returned to his true love. He was employed most recently by The Wright Place dairy farm, in Clinton, from which he retired several years ago. Even though he retired, Wendell never tired of talking about the farm, especially with his dear friend, Jimmy Gerow.

Wendell was a strong man with a gentle soul. He loved animals of all kinds, and the feeling was mutual. He raised many calves during his time on the farm. He even had a favorite bull that would still act like a calf around Wendell.

He was preceded in death by his parents and his wife of eight years, Patricia Clark-Gibson.

At his request, there will be no visiting hours or funeral services.

Please consider making a donation in his memory to the Humane Society Waterville Area, 100 Webb Rd., Waterville, ME 04901, or at hswa.org.