How is it possible that you have been gone for two years? Our hearts remain broken, and the pain of losing you will never end. We miss you terribly, but take comfort in our memories of you, and all the joy you brought our family. With all our love, Mom and John, Dad and Ruth, Amanda, and Sage.

When Phil walked in any room, it lit up when he smiled. If you needed a friend, he was always a phone call away. During and after any snowstorm if Phil saw an elderly person shoveling, he would stop and shovel the snow for them.

Phil loved being a father, fishing, sitting around a campfire, finding fiddleheads, coaching football, and doing carpentry. He was a man of many trades. While working you would always find him with his earbuds in jamming out.

Phil was predeceased by his brothers, Brian and Ricki.

An online guestbook may be signed and memories shared at: www.familyfirstfuneralhomes.com.

VASSALBORO — Christine Anne McCormick passed away unexpectedly on Sunday, August 18, 2019, due to medical complications. She was born in Worcester, Massachu­setts, on January 15, 1958. Christine, better known by many as Tina, and her former husband Paul Gamache, raised their two children in Waterville.

Tina was a nurturer by heart, and made every child around her feel welcomed and loved. She was very creative and crafty, and enjoyed teaching others to be the same.Tina loved to bake, it was her therapy. She spent most of her last year teaching her granddaughters to bake and sew. Tina had spent her last summer enjoying the company of her grandchildren and newly found friend, Effie Reynolds. Tina was an advocate for rescue animals. Her last two fur babies were Mika and Squirt. Tina was a beautiful person inside and out, and anyone that knew her cherished their time with her.

Tina felt at peace by the water and was lucky enough to spend her last summer on the lake at Effie’s camp. Her grandchildren were her world. She loved camping, dancing, cooking and playing poker.

An open Celebration of Life will be held at Fort Halifax Park, in Winslow, at 2 p.m., on Saturday, September 7, 2019.

Tina’s cremation is being handled by Funeral Alternatives in Augusta,.

In lieu of flowers, please make donations in her name to the Humane Society Waterville Area, 100 Webb Rd., Waterville, ME 04901. 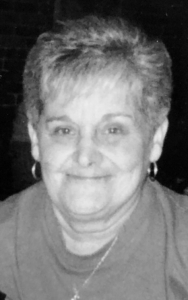 WATERVILLE – Shirley Margaret (Tardiff) Buzzell, 82, passed away on Saturday, August 24, 2019. Shirley was born in Waterville, the daughter of the late William and Aurora (Bouchard) Tardiff.

Shirley graduated from Lawrence High School, in Fairfield, in 1955, and while she lived elsewhere for a time, Maine was always her home. She was happiest when all the people she loved were close by. Shirley will be forever remembered for her candor, her wicked sense of humor, and her delicious banana bread. She loved her husband George immensely, and his death in 2011 left her bereft. The two enjoyed visiting family in Bar Harbor, driving up Cadillac Mountain, hosting family gatherings, and hollering to each other from different rooms in their home. She never really forgave him for leaving her to wash the dishes alone.

Shirley loved to read, knit, crochet, and bake, but most enjoyed sharing her gifts with others. One of Shirley’s hobbies was stockpiling food and dry goods; if you ever needed dish towels, tortiere pie or toilet paper, Shirley was your lady. She worked hard all her life and was a fixture in the local community. Her retirement capped off decades at The 107, in Winslow, making the best breakfast pizza, giving out pretzels to the kids, and chatting up loyal customers during her morning shift. Shirley also spent years waitressing at Ken’s Family Restaurant, in Winslow, before the flood of ‘87, and at the Winslow VFW. Her gregarious nature shined through in her work and endured to her last days. Shirley was most proud of her family, loyal friendships, and her 36 years of sobriety.

She leaves behind siblings Richard and his wife Shirley, and Sharon, as well as her children, Cyndi, Debbie, Steve, Tammy, Jeff, David, Ricky, Rose, Donna, Anne, Brenda, and Steve; her in-laws, nieces and nephews, and cousins; her grandchildren and great-grandchildren.

She was predeceased by her husband of 30 years, George, and her siblings Raymond, John, Patricia, Joan, James and Daniel.

In lieu of flowers, we ask that donations be made to honor her love for her rescued dog, Casco, by way of the Humane Society Waterville Area, 100 Webb Road, Waterville, ME 04901, or to the important work of the Alzheimer’s Association of Maine, 383 US Route 1, Suite 2C, Scarborough, ME 04074. 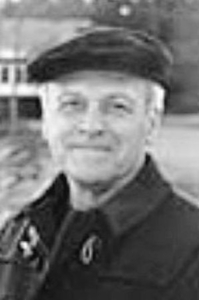 David grew up during the depression era, and like many boys during that time would have a paper route to help bring in a little extra money. His sister, Trudy, said he was quiet and confident and a great older brother.

After graduating from high school, David went to UMass Amherst and graduated with a degree in forestry. He dreamed of flying, and soon after college joined the Navy to become an aviator. After surviving the Dilbert Dunker and basic training, he flew the F9 Panther off USS Saipan. David was a fighter pilot and held the rank of lieutenant JG. He loved to teach and became a flight instructor. In addition to the F9 Panther David flew the SNJ Texan and trained many pilots from America and abroad. While serving in the Navy in Pensacola, Florida, he visited a Christian bookstore, where he met Janice Jones. They married on August 7, 1959. Later he would say, “she was the one for me.”

David felt the call to become a pastor, so he left the Navy and pursued a career in the ministry. Upon returning to New England, he attended Gordon Conwell Seminary to begin his life in the ministry. He was a full-time pastor for over 30 years, serving in Texas, Maine and New Hampshire. His last church was Boothbay Baptist Church, in which he ministered for more than 13 years. He had a servant’s heart and his great passion was helping those in need. He and Janice would return to Boothbay Baptist Church in 2009 to celebrate their 50th anniversary. David’s health had begun to worsen, so his wife cared for him until she passed away in 2018.

He was predeceased by Janice Lombard, his wife of 58 years; and his daughter, JoAnne Pike. 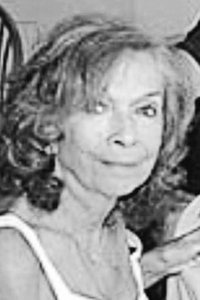 Mrs. Nickerson was a 1969 graduate of Cony High School, in Augusta. She had been employed for over 37 years with the State of Maine, Department of Labor.

She was predeceased by her brother, Nelson Beane.

Arrangements have been entrusted to Plummer Funeral Home, 983 Ridge Rd., Windsor, ME.

The family requests that donations in Linda’s memory be made to the Dempsey Center, 778 Main St., South Portland, ME 04106.