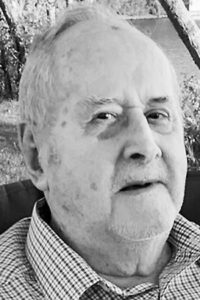 EAST VASSALBORO – Herbert Louis Cates, 94, passed away on Thursday, January 18, 2018, following a month of serious illness. He was born on September 2, 1923, at the East Vas­sal­boro Family Homestead, the seventh of 12 children of Benjamin Harold Sr. and Anabel Ingraham Cates.

He loved being with his family, lobster dinners, trips to the ocean, watching the Rose Bowl, Sunday drives and singing hytor for more than 50 years.

He is survived by four children, Peter, of East Vassalboro, and one daughter; Stephen and wife Emily, of South China, and two children and six-grandchildren; Laura Pooler, and husband Dana, of Afton, New York, and four daughters and 13 grandchildren; and Brian and wife Teresa, of Naples, Florida, and two sons. 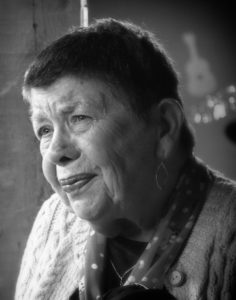 FAIRFIELD – Marcia Fuller Cook, 76, of Fairfield, died on Thursday, January 11, 2018, at Central Maine Medical Center, in Lewiston. She was born in Northampton, Massachusetts, to the Rev. Clarence and Anora (Peavey) Fuller.

Marcia spent her childhood in Melrose, Massachusetts, and cherished summers at the family camp on Lake Winnipesaukee where she was known for a mean game of “keep-away” and for boating across the lake alone joyfully singing “Rock Around the Clock” at the top of her lungs as if nobody could hear.

While attending the University of Maine in Orono she met Keith E. Cook, and they were married on June 15, 1963. She taught elementary school in the Greater Bangor Area for several years before taking a break to raise three children: Scott Fuller, Michael Keith, and Laurie Beth Cook.

Having completed a master’s degree in adult literacy at the University of Maine, Marcia entered a career of service in the Maine adult education system. She had a deep and profound commitment to adult literacy and served in several leadership positions both as administrator and teacher, most recently at the Maine State Department of Education and the Winthrop School District. She led by her passionate example, and she held her colleagues dearly.

She enjoyed reading, music, time with her family, and most recently loved playing ukulele with the Merry Plinksters, in Farmington, as well as other local ensembles. She performed in the spirit of service at community and civic events as well as the Central Maine Homeless Shelter. This experience brought her great joy and the opportunity to share her joy with others.

Marcia loved the ocean and cherished time she spent with family at Pemaquid Point. She was a member of the Waterville United Church of Christ, and enjoyed volunteering within the church community where she provided leadership on the Mission Committee. Marcia’s welcoming personality found common ground within diversity. She was an active member of the central Maine community, and those who knew her appreciated her kind and joyful spirit. She was positive, caring, and loved to laugh.

Memorial donations may be made to the Maine Cancer Foundation at www.mainecancer.org or the Mid-Maine Homeless shelter at http://www.shelterme.org/donate1.html.

ERNEST J. PHAIR JR., 96, of Hooksett, New Hampshire, on Thursday, January 11, 2018. Locally, he is survived by a brother Robert Phair, and a sister, Shirley Roy, both of Winslow.

HELEN A. ALEXANDER, 96, of Waterville, passed away on Monday, January 15, 2018, at Mount Saint Joseph, in Waterville. She was born in Unity on August 28, 1921, the daughter of the late William and Mamie (Murch) Gerald. Locally, she is survived by her son, Lynwood Alexander and wife Marie, of Fairfield, and daughters Judith Trundy and husband Gerald, and Brenda Drew and her husband Roger, all of Unity.