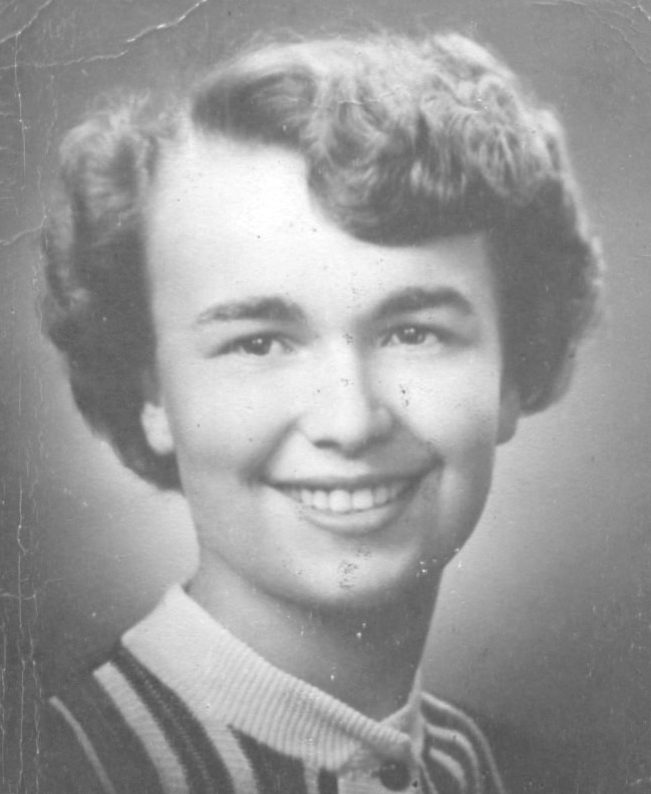 She was educated in the schools of Winslow and graduated from Winslow High School in 1955. Then she continued her education at Boston University graduating in 1959 with a bachelor’s degree and in 1965 she graduated from New York University with a master’s degree. She was employed for many years as a real estate broker.

She was predeceased by her parents.

FAIRFIELD––Clarence H. Poissonnier, 77, of Fairfield, passed away unexpectedly Saturday, February 17, 2018, at Inland Hospital, in Waterville. He was born in Waterville on October 6, 1940, the son of Hilaire and Laura (Roy) Fisher.

He worked as a weaver in local textile mills.

Clarence is survived by two sons, Jeffrey, of Skowhegan, and Joseph, of North Anson; one daughter, Lori Mooers, of Athens; seven grandchildren; 11 great-grandchildren; and several nieces and nephews.

An online guest book may be signed and condolences expressed at www.gallantfh.com.

WINSLOW––Michael Poulin, 18, passed away due to a seizure, in Benton at his girlfriend’s home, on Tuesday, February 20, 2018.

He lived his teenage years with his father, Jason Poulin, in Belgrade and Winslow.

Michael was a senior at Messalonskee High School, in Oakland, where he was enrolled in an auto body shop class through Mid Maine Technical Center, in Waterville. He had a lot of support from the staff at Messalonskee, especially Scott Talcove and Angela McMahon.

Michael was an avid fisherman of spring, summer and ice fishing. His latest hobby was building and running several different size fish tanks with all sorts of different fish in them. He had a great love of wrestling, with his all-time favorite wrestle being John Cena. He also followed Roman Regins as a wrestler. He enjoyed the sport of car racing. He went camping with his father, Jason Poulin, to Loudon to watch NASCAR live every year. Michael enjoyed working on his father’s race car and was always in the pits at Unity Raceway to support his dad and The Robinson racing team. He was always doing a project of some sorts.

Michael touched many lives with his smile, big hugs and loving personality. He was always willing to lend a helping hand to anyone in need.

A special Mass at Notre Dame church in Waterville will be on Friday, March 9, 2018, at 11 a.m., with a Celebration of Life immediately following in the church hall.

WHITEFIELD––Patricia Diane Sweet, 74, of Whitefield, died at home on Saturday, February 24, 2018. She had been in declining health since October. She was born on December 1, 1943, in New London, Connecticut, a daughter of Don and Helen Jarvin.

She graduated from Waterford High School in 1961. Pat married her husband of 54 years, C. Thomas Sweet, on May 11, 1963. They lived in Connecticut, Florida and Mississippi before settling in Maine. Her most recent employment was at Bath Iron Works as a C.A.D. designer in the H.A.V.C. department until retiring in 1995. She and Tom were fortunate enough to have retired in their early 50s and enjoyed a trip out west for three months. They enjoyed spending their winters in Florida.

Pat became an avid golfer after retirement and made many friends at the Sheepscott Links Golf Club, where she was a member. She was the 2017 Women’s Club Champion. She also enjoyed gardening, knitting, reading, and, of course, spending time with her children and grandchildren.

Edwin served in the U.S. Army in Germany and was a veteran of the Vietnam War and a member of the American Legion Post #51, of Oakland.

FAIRFIELD––Zachary M. Tulley, 28, passed away unexpectedly on Sunday, February 25, 2018. Zack was born in Waterville on October 16, 1989, the son of Heidi (Littlefield) White and Matthew Tulley.

He attended Lawrence High School. Zack had previously worked in the asbestos removal field, worked as a laborer at Nitram, and acquired his CDL license and drove commercially over the road.

Zack was a big fan of all sports. Football was his first love and he was a loyal Lawrence Bulldogs and New England Patriots fan. He grew up playing football for the Fairfield PAL league and continued through high school. He also enjoyed basketball and baseball. Zack loved children and enjoyed spending time with his boys, nieces and nephews. He enjoyed playing video games and competing with family and friends. In his younger years he was uncle Harrison’s shadow and helper. Zack loved to socialize and enjoyed telling a good story.

Zack was predeceased by his grandfather, Reginald Fortin.

A graduate of Mount Merici Academy, in Waterville, she was employed by Keyes Fibre (now Huhtamaki) for more than 30 years.

A dedicated wife, mother, and grandmother, she always put her family first. She loved to travel, was very involved with youth hockey, and enjoyed gardening. An extremely strong woman, she had been fighting cancer and renal failure for many years.

She was predeceased by her mother; and a brother Raymond.

She is survived by her father Raymond Young; her husband Robert; her daughter Stephanie Lockhart and husband Justin; her son Chad Poulin and wife Jodi; and her son Brent Poulin; five grandchildren, Joshua and Tyler Wilde, Trent, Cole and Caitlin Poulin; and one great-grandchild Leo, three siblings Paula Fundaro, Bernard Young, and Carole Klaiber; and many nieces and nephews.

In lieu of flowers, donations in her memory can be made to: St. John Regional Catholic School, 15 South Garand St., Winslow ME 04901.

VASSALBORO––Janice Dorval, 82, passed away unexpectedly on Thursday, March 1, 2018, at Lakewood Rehabilitation Center, in Waterville. Janice was born September 16, 1935, in Oakland, the daughter of Earl and Bessie (Knox) Bickford.

Janice married Armand Dorval on October 10, 1953, in Vassalboro. In 1967, Janice and Armand bought an egg farm in Vassalboro and began raising laying hens. Janice was a proud farmer, known for her ingenuity and “can-do” attitude, both of which she regularly employed to resolve issues on the farm.

On January 4, 1975, Janice lost her husband Armand when he was killed in a snowmobile accident. Janice continued to operate the business on her own for years following his death. Janice was an extremely capable and selfless person, addressing whatever needed to be done for her family with out complaint. Whether she was tending the farm, redecorating her home, chopping wood, plowing snow or tending the vegetable garden, she was focused on getting the job done.

Whether she was sewing new outfits for her children and grandchildren, or tirelessly crocheting doilies in later years, Janice was dedicated to bringing joy and happiness to her family. When her grandchildren went off to college, she began a new tradition, sending “Gram’s Care Packages” that were anxiously awaited by her grandchildren and their college friends. Her great-grandchildren looked forward to her special birthday cards and singing cards at Christmas.

In addition to her husband, she was preceded in death by her parents and a brother, Neil Bickford.

Please visit www.veilleuxfuneralhome.com to share condolences, memories and tributes with her family.

In lieu of flowers, donations may be made to: Vassalboro Community Food Pantry, c/o Cynthia Ferland, 26 Ferland Ln., Vassalboro ME 04989. 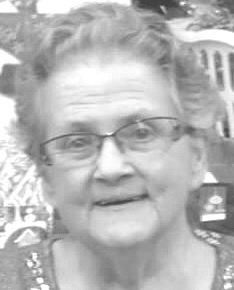 SOUTH CHINA – Barbara Ann Sutter Drouin Tounge, 69, died Saturday, March 3, 2018, at her home, following a brief struggle with liver and lung cancer. She was born on August 8, 1948, in Augusta, at Augusta General Hospital and moved to Windsor on July 4, 1969, where she raised her four children and now resided in South China.

She loved to do crafts, play bingo, playing cards, doing extreme couponing and being around family and friends.

She worked at Health-Tex, Inc., for many years and retired after 25 years at Augusta Mental Health Institute (AMHI) and continued the remaining nine years at Riverview Psychiatric Center, in Augusta.

She was a member of the American Legion Auxiliary Post #179 for 31 years and the Augusta Elks Lodge #964 for 18 years.

Condolences, photos and stories may be shared through the funeral home website at: www.plummerfh.com.

Relatives and friends may visit on Thursday, March 8, from 2 – and 6 – 8 p.m., at Plummer Funeral Home, Windsor Chapel, 983 Ridge Road, Windsor where a funeral service will be held on Friday, March 9, at 3 p.m. Spring burial will be in Resthaven Cemetery, Windsor.

A benefit supper will be held on Saturday, March 10, at the American Legion Hall, Route 3, South China from 4 – 6 p.m.