VASSALBORO––Linda Mae (Crosby) Mackenzie, 70, following a courageous ten-year fight with ovarian cancer, passed away peacefully on Friday, Septem­ber 2, 2016, in her home. She was born on July 28, 1946, the second of three daughters born to the late Albert and Louise (White) Crosby. 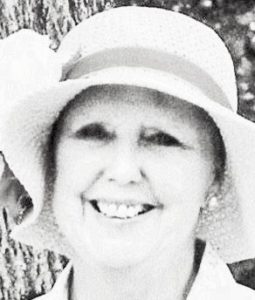 Linda was a beautiful, selfless woman with an infectious personality and a faithful servant’s heart, always caring and doing for others. She loved cooking, continuing to cook and serve at church suppers until she could no longer stand, tending to her many flower gardens, watching her birds, attending her favorite grandson Ethan’s lacrosse games and going on adventures with her sister and daughter (The Girls”) to fulfill her “wish list.” Most of all, she loved her family, her friends and her home.

She lived in Vassalboro her entire life and had strong ties to its history and community. She attended Carl B. Lord Grammar School in North Vassalboro and then graduated from Winslow High School in 1965. She married her childhood friend and high school sweetheart, Michael J. MacKenzie, on December 16, 1966. Together they had son Michael and daughter Michelle (“Mickey”). They would have celebrated their 50th anniversary this winter.

Linda worked at the C. F. Hathaway Shirt Company, in Waterville, cooked with her mother at the Carl B. Lord School, waitressed and landscaped, but the job she loved best was that of a wife and mother. She was blessed to have lifelong friends and remained close to several of her classmates.

For those who knew her well, it will come as no surprise that she remained stubborn and say, she never gave up, she fought with tremendous strength, courage and grace, and even during her darkest hours, she had a grateful heart and sense of humor. She began and ended her journey her way.

She was predeceased by her older sister Arlene (Crosby) Heighton.

She leaves behind her devoted husband Mike; son Michael; daughter Michelle and her husband Jeffrey Furlong and their son Ethan; her sister Helen Lindberg and her husband Erek; sister-in-law Susan MacKenzie; five nieces; one nephew; several great-nieces and nephews; her only living aunt, Barbara (White) Letourneau and her husband Norman; and several cousins in both Maine and Connecticut.

Linda touched the lives of so many and made the world a kinder, more beautiful place.

There will be a celebration of Linda’s life on Saturday October 1, 2016, at 11 a.m. at the Olde Mill Place, in North Vassalboro. Please visit www.redingtonfuneralhome.com to share condolences, memories and tributes with her family.

He moved to Maine from Massachusetts when he was seven and had lived there ever since. Harold was an entrepreneur, with skills and traits. His flooring business that he ran with his wife, Una, for 17 years is what people will remember the most of all his endeavors.

Harold was predeceased by his parents; brother; and a sister.

SPRING HILL, FLORIDA––Stephen Alfred Hale, 83, of Spring Hill, Florida, passed away on Friday, September 9, 2016. Stephen was born in Wellsville, New York, on September 10, 1933. His parents were Lucille and Frederick Hale.

Stephen was married to Edna Hines Hale on May 26, 1953, in England; they were married 63 years. Stephen served in the United States Air Force and later for the United States Post Office. He was a member of Siloam Lodge of the Grand Lodge of Maine, in Fairfield, a member of Kora Temple, of Lewiston, and also was a past Patron of the Order of the Eastern Star, Fireside Chapter #103, Clinton.

Stephen is survived by his wife, Edna; his children, Susan Hale Frost and Kenneth, of Winslow, Patricia Hale Moriarty and Michael, of Tolland, Connecticut, Stephen A. Hale and Nancy, of Fairfield, and Kathryn Hale and Matthew, of Coventry, Connecticut. Grandchildren include Beth, Jennifer, Stephen, Sara, Hannah, and Zachary. Great-grandchildren include Benjamin, Kali, Jay Cee, Jordan, Brooke, Emerson and Andrew. Stephen also is survived by his sister, Sylvia Hale Weber and Robert, of Spring Hill, Florida; as well as many nieces and nephews.

Stephen always enjoyed traveling with his wife and family and made many lasting friendships in the Order of the Eastern Star. He will be deeply missed his family and friends.

Remembrances may be given in his name to the Shriners Hospital for Children, c/o Kora Temple, 11 Sabattus Street, Lewiston ME 04240.

MARTHA O. CONARD, 77, of Augusta, passed away on Monday, August 22, 2016, in Augusta. Locally, she is survived by a daughter, Marilyn Winter (and Roger Glidden), of Palermo.

RACHEL B. DANFORTH, 58, of East Wilton, unexpectedly passed away on Thursday, August 25, 2016, at Maine Medical Center, in Portland. Locally, she is survived by her twin brother, Richard Danforth and wife Marly, of Unity.

BETTY A. DICKEY, 75, of North Anson, passed away on Friday, September 2, 2016 at Redington-Fairview General Hospital, in Skowhegan. Locally, she is survived by a daughter, Pamela Palmer, of Waterville.

MARY EVA SMALL, of Milford, passed away recently at the age of 67 years. Locally, she is survived by a sister, Martha Hunt and husband David, of Fairfield.

China candidates announced Letters to the editor, Week of September 15, 2016
Scroll to top