How I Started Collecting Records, Part 4. 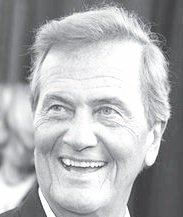 Around 1957, I discovered the resounding voice of the then 23-year-old Pat Boone and the beginning of a spurt of hit 45 singles that sustained him until 1960. The first one that I heard from off the radio was the riveting Don’t Forbid Me (although I would not own a copy of this record for at least another 30 years).

During the next six years, I would assemble a batch of 45 singles and extended plays; and LPs, featuring both the top 40 moneymakers and selections that didn’t sell as well. Among the hits were There’s a Goldmine in the Sky; April Love, which is arguably one of his three finest; A Wonderful Time Up There; With the Wind and Rain in Your Hair; For My Good Fortune; I’m Walking the Floor Over You; Speedy Gonzalez; Dear John; etc.

There were also two LPs that perhaps weren’t mega sellers but, for me, are still worthy of the occasional spin – Star Dust, which is devoted to the classic Great American Songbook and has such standbys as Deep Purple; Ebb Tide; St. Louis Blues; Autumn Leaves, and the title song; and Hymns We Love, an album easily equal to the sacred music ones of George Beverly Shea and Tennessee Ernie Ford. Finally, Boone had the arrangements of the gifted Billy Vaughn.

The black label with the rainbow colored letters was also an attractive feature and a reason why I have gathered an array of 45s, LPs and one 78 by Dot artists from various rummage sales over the years, as well as specimens of the earlier maroon label. Part 5 next week! 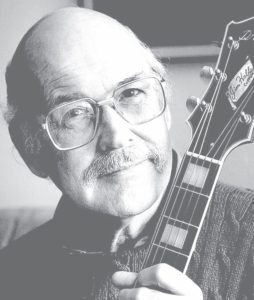 The very superb jazz guitarist, Jim Hall (1930-2013), brought together a who’s who of jazz talent to create one of a handful of truly beautiful, mellow and, most importantly, musically substantial albums to be heard anywhere. The standouts are trumpeter Chet Baker, who had almost a decade left of concerts and recordings before he self-destructed from his drug addictions at an Amsterdam hotel in 1988; alto saxist Paul Desmond, who died in 1977 from lung cancer but would especially be remembered for his over 15 years with the Dave Brubeck Quartet; and bassist Ron Carter, still alive and well at 80.

The gem in this program is the 20 minute Don Sebesky arrangement of Rodrigo’s already exquisite Guitar Concerto, one in which everyone in the group plays their heart out. Totally recommended and available for listening on youtube !!!

An Intimate History
by Robert Sherwood; Harper and Brothers, 1948, 934 pages.

I am in the process of reading this magnum opus on Franklin Roosevelt’s closest personal advisor, Harry Hopkins (1890-1946 , who was pulled out of the New Deal bureaucracy to serve at the President’s beck and call for most of World War II. Whatever Hopkins lacked in any real background in the diplomatic or military spheres, which his boss supplied on a personal level, he made up in the intuition department- truly knowing when to speak and when not to, skills FDR prized above everything else. The President so valued Hopkins that he moved him and his family into a suite in the White House so as to have instant access.

The fascination of this relationship is written with storytelling prowess by Robert Sherwood, a playwright who served on Hopkins’s team and was a close friend. The inevitable panorama of five to six very tumultuous years in the White House, ones not matched since, are presented in a comprehensive manner. Many famous players such as Churchill, Stalin, and others; the endless intrigues; the horrific decisions and their context – are all served up in such a compulsively readable manner that may lead to at least a month of all-nighters!