An excursion to Orono.

On October 29, I made an otherwise rare as hen’s teeth, overnight trip to the U. of Maine’s Minsky Hall to hear a concert by the University Orchestra under its music director, Ana­tole Wieck. The program began with a fanfare performed from the back of the hall by the orchestra’s brass section, who then joined their colleagues for the music of Cesar Franck (1822-1890), Modeste Moussorgsky (1839-1881), and Wolfgang Amadeus Mozart (1756-1791). 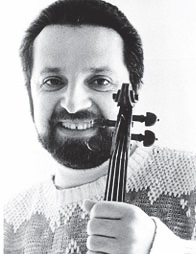 Franck’s Symphony in D is a piece that listeners either love, as I do, or detest. It was among the handful of compositions that have continued to be performed and recorded with great frequency, they being the Symphonic Variations for Piano and Orchestra; the orchestral tone poems Psyche and Eros, and Chasseur Maudit; and Prelude, Chorale and Fugue for solo piano. Only the first and third movements were performed because the second had a lot of notes for the harp, which the orchestra lacks (A pianist seated behind the orchestra very skillfully simulated the sound of a harp in its shorter passages, located in the concluding movement and the Moussorgsky Night on Bald Mountain coming afterwards.).

The evening being October 29, Bald Mountain was a most apropo display piece. Its wild dance of demons, goblins and all other Stephen Kingish apparitions that go bump in the night, followed by early morning church bells halting and sending these furies back to where they came from, should be remembered by fans of Disney’s Fantasia. At least this performance utilized the conclusion of Moussorgsky, posthumously edited by his friend, Rimsky-Korsakov, instead of the Schubert Ave Maria that Leopold Stokowski tackily tacked on in the film.

Mozart’s very lovely Concerto for Four Hands, K. 365, received a bracing performance from Gena Raps and her colleague, Kenneth Cooper. Ms. Raps presently teaches at New York City’s Mannes School, part of the New School; has participated at a summer music festival in Winter Harbor; recorded for Naxos, Arabesque and other labels; and studied, performed and recorded with the late, great Artur Balsam. Mr. Cooper is a noted harpsichordist, as well as pianist, who has recorded for more labels than one could shake a stick at; and a noted writer, scholar, editor and gifted re-constructionist, who recently completed a Debussy Sonata, left unfinished at the composer’s death in 1918 and due for recording.

The Orchestra played with roaring enthusiasm and eloquence, coloristic detail and nuance and are a credit to the university. The 160-mile round trip through rain and sunshine; the interesting drive through such previously unseen towns as Veazie, Old Town and Milford, where I stayed in a comfortable kitchenette at the Milford Motel on the River; the partying students engulfing the streets with boisterous, smiling good cheer; and the two fire salami sandwiches I bought at Ledbetter’s – easily the best sandwich I have tasted in years from anywhere, added up to a very good weekend.