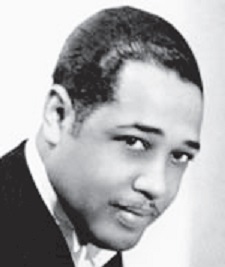 Blue Light gathers several lovely disks of the quieter jazz of which the Duke was a master. One number, Reminiscing in Tempo, not only stood out for several years after its composition and first recording in 1935 as having the longest performance time, but also as a moving commemoration of his mother who had died the same year.

The personnel during these years stood out for their musicianship, discipline, compatibility and relaxed teamwork. They included Cootie Williams, Juan Tizol, Barney Bigard, Johnny Hodges, Harry Carney, etc., and included a few who would stay for two or three decades.

The LP is available with another one, Ellington Uptown, on a single cd and can be ordered through Bull Moose and various Internet sources.

Bach
Two Concertos for Three Harpsichords and Harpsichord Concerto No. 8 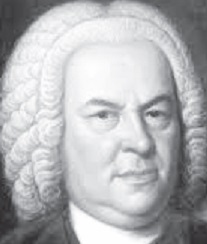 Along with sheer beauty, J.S. Bach’s Harpsichord Concertos are a source of melody, fascinating harmonies and very stately but alive rhythms. And this LP, with the late Gustav Leonhardt’s exceptional playing and conducting, is reasonably priced, in both vinyl and CD formats, and available through the Amazon vendors and local Bull Moose and Barnes and Noble outlets for special ordering.

The Band of His Majesty’s Irish Guards
On Parade

As a rule, marching band concerts and recordings bore me, but this ancient LP may be an exception to the rule. Its players display an unusual flair for nuance while performing in a captivating manner.

There are a couple of Sousa marches; Fucik’s Entry of the Gladiators – better known in its heyday as the theme for Bozo the Clown; Colonel Bogey – a late ‘50s hit for Mitch Miller, the movie theme for Bridge Over the River Kwai, and a most well timed inclusion in the 1961 Disney edition of The Parent Trap; and other less well known musical chestnuts from the British Isles. For interested parties, it is worth the search! 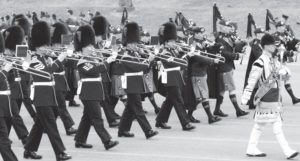 The Band of His Majestry’s Irish Guards