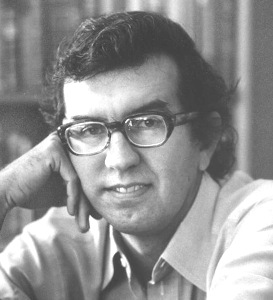 Novelist Larry McMurtry (1936-2021) was perhaps most well known for Lonesome Dove, Terms of Endearment, and The Last Picture Show. His 2008 books: A Memoir is an account of his adventures as a voracious reader, book collector (he would eventually amass a personal library of 28,000 books) and dealer in rare and-not-so-rare books.

He describes growing up on a ranch in the vast West Texas spaces, at least 18 miles from the nearest town and his family being plentifully self-sufficient with raising cattle, hogs and chickens and growing vegetables for their food supply during the depression.
However, books were another matter:

“Of books there were none….it puzzles me how totally bookless our ranch house was. There must have been a Bible, but I don’t remember ever seeing it. My father did read the range cattle books of J. Frank Dobie, but the only one I remember seeing in our house…was The Longhorns, which I borrowed for my father from Mr. Will Taylor, a wealthy and elderly oilman who lived in a great mansion just south of our hay field.”

McMurtry later bought the mansion and used it to house his library.

Highly recommended for those who love, read and collect books.

I have been bingeing on Elementary, another take on Sherlock Holmes, with the very consummate starring roles of Jonny Lee Miller as Holmes, Lucy Liu as Dr. Joan Watson, Aidan Quinn as a chief of detectives Captain Thomas Gregson (Quinn was in Waterville during the filming of Empire Falls and portrayed David Roby, one of the two sons of Paul Newman’s character), and Jon Michael Hill as Detective Marcus Bell.

The setting is the 21st century New York City and depicts Holmes and Watson’s roles as consultants for the Manhattan Police department and Sherlock’s super-human intuition for solving the continually odious murders in each of its seven seasons from 2012 to 2019 on CBS and now available on Hulu. 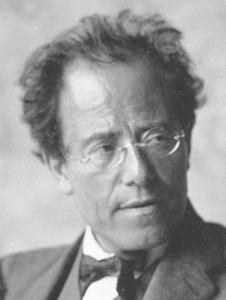 Depending on my mood, I shift back and forth between the 3rd and 5th Symphonies of the ten that Gustav Mahler (1860-1911) left us. YouTube has quite a number of performances of the 3rd which I have lately been enjoying. Recently the Bucharest, Romania, Enescu Festival 2021 hosted a very exciting Mahler 3rd with Paavo Jarvi conducting the Zurich Tonhalle Orchestra, chorus and the very good contralto Wiebke Lehmkuhl.

Unfortunately that one is not available yet on YouTube but a video broadcast of Paavo from 2008 can be seen.

“The geese were coming back early, up along Merrymeeting, that same spring, before the middle of April. And in late April that best day of all the spring on the Kennebec came, when the first boat arrived, the Boston steamer, with the star on her smokestack and her whistle tied down all the way from Swan Island to the Cobbosseecontee, waking the dead and the hills with her news of spring at last. There was not a church bell in the five towns that wasn’t ringing. Women in bombazine waved handkerchiefs. School was let out for the day and the hills were alive with children.”

FINANCIAL FOCUS: Plan ahead before joining the Great Resignation I’M JUST CURIOUS: Hints for a better life
Scroll to top