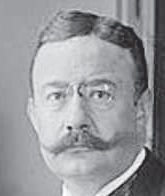 The baritone Emilio de Gogorza (1872-1949) recorded more discs for Victor than has been documented accurately. Despite this number and his success as a concert artist, he never appeared in any opera on stage due to terrible near-sightednss.

The Holy City has been recorded many umpteens of times since the cylinder days. My favorite records of this are the Richard Crooks 1935 Victor 78 and the 1950 Decca ep 45 but Gigorza performed it with intelligence, sensitivitivity and a very polished voice- qualities that have been consistently noted by his fans.

He was married for 25 years to the famed soprano Emma Eames (1865-1952), who grew up in Bath and whose house is still standing!

Joseph Conrad (1857-1924) did not master English fluently until his 20s. Later the Polish-born merchant marine seaman would leave his oceanic livelihood to devote his energy full time to becoming one of a tiny handful of the greatest 20th century writers and a vibrant, multi-faceted individual to those fortunate enough to have met him. 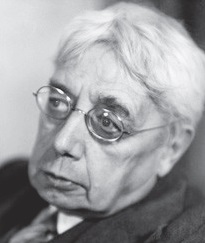 I have read and deeply enjoyed Heart of Darkness (the basis for the late ‘70s film classic Apocalypse Now), Lord Jim, the short story “Typhoon”, “Under Western Skies”, and, a huge favorite of mine, “Victory”. Searchers for truth abound in his stories with their exotic and frequently hostile locales in the darker corners of Europe, Czarist Russia, and Africa, and on board the ships travelling the dangerously wide open seas.

This book of correspondence has an insightful introduction and notes by Conrad’s longtime younger friend and editor, Edward Garnett (1868-1937), who was most helpful in motivating the often insecure writer to keep working during their mutually edifying friendship- starting in 1895, just when Conrad began his writing career, to 1924, when the author suffered a fatal heart attack. However, only Conrad’s letters to Garnett make up the bulk of this fascinating volume.

I offer select comments from Conrad to provide a sense of his larger than life personality:

His ability to put pain in its rightful place with an unexpected twist while carrying on about petty matters- “Why am I fooling thusly while there is a pain in my back to which a jab with a carving-knife would be a soothing application?”

His impatience with people – “Don’t you know my dear Edward how stupid people are! They take delight in merest twaddle, they look out for and welcome the obvious. And they understand hardly anything which is not either one or the other.”

His praise of Garnett’s uncanny ability at helping him write his best work – “You are a dear good old critic – you are! You’ve a way of saying things that would make an old sign-post take to writing. You put soul and spunk into me – you, so to speak, bamboozle me into going on – and going on and going on. You can detect the shape of a mangled idea and the shadow of an intention in the worst of one’s work – and you make the best of it. You would almost persuade me that I exist. Almost!”

Reading him at first can be difficult but patience, as I know from my own experience, yields rewards of great worth. I recommend Heart of Darkness for the beginner.