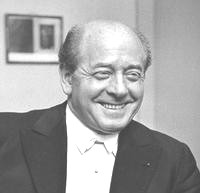 Back during the 78 rpm days, lasting the first half of the 20th century, the record sides were three to five minutes in duration; when longer classical works were recorded, the scores were marked at certain notes to indicate when a red light in the studio would go off overhead, signalling everybody to stop. These limitations created a hectic rushed tension in trying to meet the deadline.

Thus, when the long playing records were released to the public in 1948 with 20 to 30 minutes of playing time, conductors and players could relax more. And performance practices were influenced by recording technology as much as musical considerations.

Eugene Ormandy commented on these pressures during an interview in the late ‘60s. He often felt inhibited by the limited time of conducting for the shorter 78 record sides and welcomed the LP days because he said he and the players could really let themselves go as musicians with longer takes.

Interestingly, after listening for decades to Ormandy’s recordings, I have found that a number of earlier 78 sets of certain works he re-recorded later had more of an uninhibited excitement than the later stereo ones. A case in point is the Beethoven Seventh Symphony from 1944 and his 1966 one from 18 years after the LP era began.

The Symphony itself is a masterpiece in its dance rhythms and wonderful beauty in each of the four movements. The opening movement has two distinct sections – the beginning Poco Sostenuto with its grand procession of leisurely pacing and the sprightly intense Vivace building to one of the greatest musical crescendos in all of Beethoven’s writing.

The second movement Allegretto is akin to a sweet embracing waltz of elegance in the writing for strings.

Ormandy gave a performance on these old 78s that might be seen as driven and hectic in places but he conveyed joy and conviction in every note and bar.

This performance can also be heard on YouTube and is an enriching listening experience, highly recommended.

Footnote: the individual who wrote program notes for this Symphony’s first performance in December 1813, commented that Beethoven was depicting a social revolution in the music itself and was verbally murdered by the composer for misreading its meaning.

THE MONEY MINUTE: A dose of positivity goes a long way I’M JUST CURIOUS: The many uses for mineral oil
Scroll to top