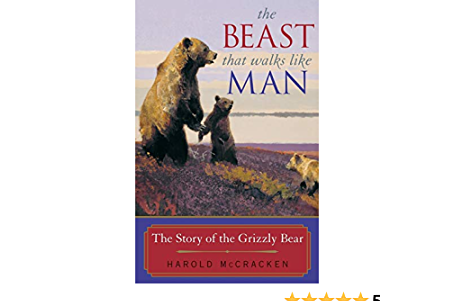 The Beast That Walks Like Man is a 1955 history of the grizzly bear by author, naturalist and explorer Harold McCracken (1894-1983). 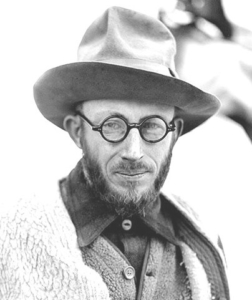 He writes “I have never lost that deep fascination which Old Ephraim inspires, and in the matter of personal experiences with these marvelous creatures, out in their natural haunts, I have been considerably more fortunate than most men.”

The book is rich in anecdotes of his own experiences in the grizzly country extending from the western United States and Canada to Alaska. It recounts much anthropological information and legends of the creature’s relationship with native Americans and other groups.

The author quotes an account of the explorer Kit Carson (1810-1868) in one vivid encounter:

“While out procuring meat for camp, Kit shot an elk with his muzzle-loader; and he hardly had time to observe the effects when the echo of the blast ‘was broken in upon and completely lost in the terrific roar from the woods directly behind him …..and he instantly saw two huge and terribly angry grizzly bears. As his eyes first rested upon the unwelcome guests, they were bounding towards him, their eyes flashing fiery passion, their pearly teeth glittering with eagerness to mangle his flesh, and their monster fore-arms, hung with sharp, bony claws, ready and anxious to hug his body in a close and most loving embrace.”

I found my copy, still with its dust jacket, for a quarter at a yard sale but noticed a penciled in price of $40 for a previous owner at a used bookstore, so there is no telling what prices for it are being listed on Ebay. And its research findings have been probably surpassed by ones published since 66 years ago.

But its colorfully written style does score points for connoisseurs of these delightful beasts of prey. 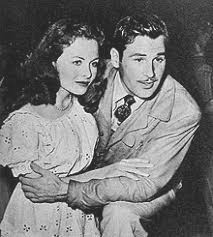 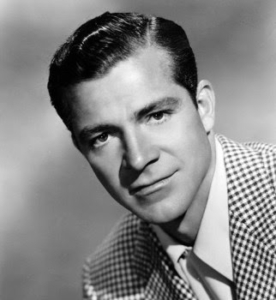 The 1945 Rodgers and Hammerstein film musical State Fair stars Dana Andrews, Dick Haymes, Jeanne Crain, Fay Bainter, Vivian Blaine and Charles Winninger; features such classic songs as It’s A Grand Night For Singing, and It Might As Well Be Spring; and has very pleasing technicolor cinematography in its Iowa locale, making it one DVD worth re-watching numerous times.

For a few months, I have been working my way through a megaset of 40 compact discs comprising the complete recordings of French pianist/conductor Alfred Cortot (1878-1962). They cover the years from 1919 during the acoustic era to 1959 when stereo lps had been developed.

His musical interests ranged from Bach and Beethoven to Brahms, Chausson and Falla but his interpretations of the keyboard works of Frederic Chopin, Robert Schumann and Claude Debussy had a special eloquence and insight based on close study and outstanding virtuosity that did include wrong notes but brilliant wrong notes.

He collaborated in several recordings of trios by Beethoven, Haydn, Mendelssohn etcs with cellist Pablo Casals (1876-1973) and violinist Jacques Thibaud (1880-1953).

“Now the Kennebec icehouses are rotting and falling back into the earth. Their interiors are taken over by the wasps and the mice. The old piers are sinking into the water. No ships come up in tow of a tug through the first leaves of May. School keeps week after week, and there are no bells ringing out to greet the steamer that leads up the spring. The gougers and saws are rusted half away.

“For the Kennebec crystals, last harvest of Maine’s finest river, have joined the white pine and the spruce, the sturgeon and shad and salmon. The end is elegy. The day of natural ice is done. New men, outside New England, bring their sons in their strength to the work of refrigerating homes and factories. And the small farmhouses, back from the river, that once housed great numbers of young men and boys, are full of empty rooms where the swallows bring up their young, or they have only a few children who work at their tasks and never need turn their heads toward the river, where the strength of their fathers lay and their fathers’ lives.

“The other day my good Kennebec friend whose great house looks up the river and down, over a twelve-foot hedge of spruce, took me out and showed me the tools of the ice harvesters. They were dark with rust and covered with cobwebs. They had joined the flint arrows and bows that once bent to bring life to the men along the ancient Kennebec.

When we were coming back we passed a strange depression in the woods, grown up with lusty spruces. It was the refrigerator men of my friend’s house used 150 years ago. It was the ruins of the earth cellar where they had stored their vegetables in summer and winter, to keep them from heat and cold. It was the Kennebec refrigerator his ancestors and mine learned how to make from the Indians when they drove them away into the everlasting dark from the bright blue river. That refrigerator was a ruin, and the Kennebec was as young and lusty as ever as it hurried toward the sea. Someday our own sons’ far great-grandchildren may find among the timbers of my friend’s house the rusted shards of the electric refrigerator that serves the house today. And the Kennebec will be going down to the sea, as young and as fresh and blue as ever.”