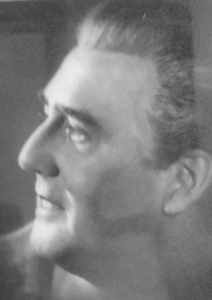 Composer Richard Wagner (1813-1883) was an egomaniac who, as my high school glee club director put it succinctly, knew he was great. His 16-hour Ring of the Niebelungen was premiered at Bayreuth, in Germany, in 1876 and has been produced many times since then. It is a mammoth quartet of four operas – Das Rheingold, Die Walkure, Siegfried and Gotterdammerung; and, depending with whom you speak, it is either a windy, bombastic spectacle of Teutonic screeching, screaming and shrieking or a masterpiece of operatic genius.

After listening off and on for over 40 years, I hold with the masterpiece view but plan to focus on my current favorite of the four, and one which has been a shade less popular than the other three, Siegfried.

The basic premise is simple. The Ring is one that enables its owner to control the world and its owner is the Niebelungen, a dwarf named Alberich who creates the ring, is robbed of it and tries to get it back. The 15 or 16 hours deal with an array of mythological gods and goddesses, giants and good and evil humans in this life/death struggle.

Siegfried is the son of Siegmund and Sieglinde, who fall in love and create this son before they find out they are long lost twin siblings, and becomes a central hero who is eventually killed by the treacherous Hagen , son of the dwarf Alberich.

Other details of this ever thickening plot are too detailed to go into but synopses are available on the Internet.
The opera Siegfried deals with Alberich’s brother Mime, a dwarf who found Siegfried as a child abandoned in the woods after his parents were killed and has been raising him. Unfortunately, Siegfried detests his foster father who meanwhile is plotting to steal the Ring from another thief. As stated earlier, the rest of the story can be enjoyed elsewhere.

The music in this opera has a savage, growling brilliance in its large-sized orchestra with extra brass and percussion and the singing when done well. And for me, the best listening approach is to forget about reading up on the plot ahead of time or follow the scripted libretto; simply let the music happen. It is some of the most piercingly eloquent music to be heard anywhere with a phenomenal range of emotions and dynamics from tenderly soft to climactically exhilarating.

The performance I have been enjoying for a while is a 1949 broadcast from the Vienna State Opera which has been available in a set of three CDs since 2009 (Myto, 00190) and also accessible on YouTube. The recorded sound is very good for its era while the musical cast was one of the finest, in particular tenors Gunther Treptow (1907-1981) as Siegfried, and William Wernigk (1894-1973) as Mime, soprano Gertrude Grob Prandl (1917-1995) as Siegfried’s sweetheart Brunnhilde and baritone Ferdinand Frantz (1906-1959) as Brunnhilde’s father Wotan, who is also King of the gods and temporarily in disguise as the Wanderer.