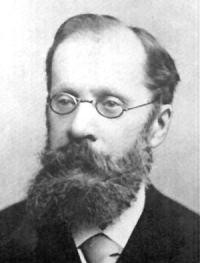 Moussorgsky was best known for the opera Boris Godunov, the Halloween showpiece Night on Bald Mountain and Pictures at an Exhibition. Unfortunately he drank himself into an early grave.

Borodin was a medical doctor and organic chemist and composed on a part time basis but left the justly popular opera Prince Igor with its exotic Polovetsian Dances and the delicate tone poem In the Steppes of Central Asia. He succumbed to a heart attack while attending a ball.

Rimsky-Korsakov was a naval officer but also taught composition to such pupils as Igor Stravinsky. His arguably most famous work is Scheherazade.

Balakirev was a composer, pianist and conductor who left a solo piano showpiece Islamey and 1 Symphony of note and was the leader of the group as well.

Cesar Cui taught fortifications and wartime strategies at several military academies and may be the least known of the group. His Orientale for cello and orchestra was recorded two years after he died and has a plaintive melancholy and beauty rendering it worthy of popularity. Dutch-born cellist/conductor Hans Kindler (1892-1949) gave a deeply felt performance.

Alexander Glazunov was a famed teacher of composition whose most well-known student was Dimitri Shostakovich. He would unfailingly show up at concerts of his students music, no matter its quality and would sit in front row center with seemly very attentive listening. What was not noticed by many was that Glazunov stuffed his ears with paper tissue so he could be alone with his thoughts.

His very lyrical Arabian Melody also received a rapturous performance. And this old record has stood up with several hearings and can be heard via the internet.

Hans Kindler started the National Symphony Orchestra of D.C. from a small community group in 1931 and, despite the Depression, achieved extraordinary success. He recorded a batch of music on Victor 78 sets including a very exciting performance of Tchaaikovsky’s 3rd or Polish Symphony. His google images have a photo of him shaking hands with FDR.