During my senior year at Kent’s Hill boarding school the spring of 1969, I lived in Wesleyan Hall dormitory and was acquainted with a fellow whose father was a wholesale record distributor.

He provided me with five LPs for sale at $2 each and gave me several days to audition them.

They were as follows:

Arlo Guthrie’s Alice’s Restaurant devoted an entire side one to his satirical account of an environmental incident which, for purposes of space, will not be recounted here, while the flip side had five songs of very minor charm.

His father was folk singer Woody Guthrie whose most famous song was This Land Is Your Land.

It was also the basis for a movie.

In recent years, Guthrie announced that he was retiring, at 74, from performing and touring, aptly stating that it was time to hang up the “Gone fishing” sign.

He also scored a hit with the beautiful Steve Goodman folk ballad The City of New Orleans 50 years ago. 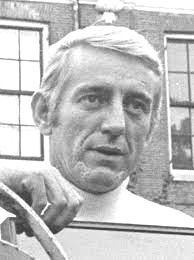 The second LP was one by singer/poet songwriter Rod McKuen (1933-2015) whose recordings and books sold hundreds of millions of copies. His singing was not exactly beautiful after he all but des­troyed his vocal chords as a much younger man working in night clubs.

His most famous songs are Seasons in the Sun which was a hit for the Kingston Trio; Love’s Been Good to Me covered by Frank Sinatra who devoted his LP, A Man Alone, to McKuen; and the English lyrics for Jacques Brel’s If You Go Away.

I am particularly fond of If You Go Away while my father enjoyed Stanyan Street. Glenn Yarborough of the Limelighters devoted several albums to McKuen . 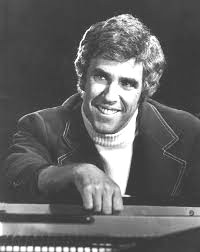 Number three was the original Broadway cast recording of Burt Bacharach’s Promises Promises. Jerry Ohrbach and Jill O’Hara did top notch starring and singing roles, Ohrbach with She Likes Basketball, A Fact Can Be a Beautiful Thing and the title song which was a megahit for Dionne Warwick while Jill O’Hara’s Knowing When to Leave was and remains to this day a show stopper. 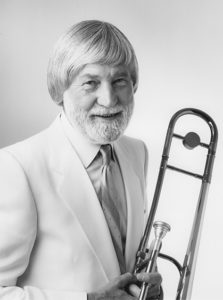 The 4th album was one of the Ray Conniff (1916-2002) Singers performing mid ‘60s hits such as My Cup Runneth Over and Winchester Cathedral.

Conniff was one of the finest jazz trombonists during the ‘30s and ‘40s and can be heard in quite a number of old recordings of small combos from those years, especially with clarinetist Artie Shaw.

During the 1950s, Conniff worked side by side with Mitch Miller at Columbia records producing numerous discs by such singers as Tony Bennett, Marty Robbins, and Johnny Mathis.

Along about then, he formed the Ray Conniff Singers as a means of providing sophisticated easy listening albums for its huge market, as did Andre Kostelanetz, Percy Faith, Paul Weston, Nelson Riddle, Hugo Winterhalter, etcs.

And he utilized a number of the same men who were part of Mitch’s Sing Along Gang because every one of them could sight read music. 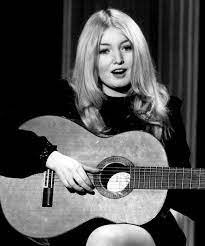 The last album was a solo LP featuring the wonderful Mary Hopkin singing her classic Those Were the Days and covers of other vintage hits-examples being Ray Noble’s Love is the Sweetest Thing, Inch Worm and There’s No Business Like Show Business. It was released on the Beatles’ own label, Apple records. She is still living at 74.

My friend was one happy camper when I handed him a $10 bill.