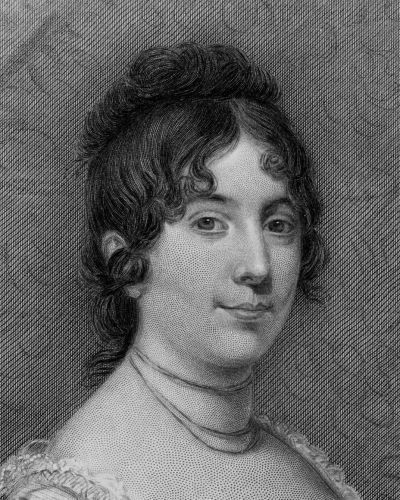 Former First Lady Dolley Payne Todd Madison (1768-1849) grew up under very strict Quakers in Virginia chafing at their authoritarianism, and, needless to say, would fall very, very far from that denominational tree. She was the third of eight children born to John and Mary Payne who moved the family to Philadelphia in 1783.

In 1790, Dolley married a lawyer John Todd, with whom she had two sons. It was a happy marriage but short-lived.

In 1793, a yellow fever epidemic broke out in Philadelphia. Within four months, it caused over 5,000 deaths, including those of her husband, his parents and their youngest son.

However, in 1794, Dolley was introduced to a 43-year-old Congressman, James Madison Jr., who was a very shy 5-foot 4-inch bachelor but had the help of a mutual friend, the smooth talking reprobate and later Thomas Jefferson’s vice-president Aaron Burr (Both of these gentlemen were discussed in a previous column.). 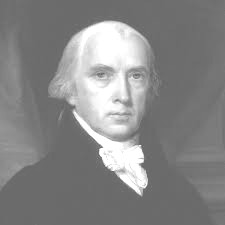 Unlike her staid predecessors Martha Washington and Abigail Adams, Dolley was one live wire whose personality, consummate charm, flamboyant clothes and generosity of spirit would leave its imprint on the political life of the nation’s capital for decades.

Dolley knew just how to talk to people and put them at ease. While her husband preferred to be by himself in the study and had few social graces, let alone the willingness to learn any, she was the first to have bi-partisan social gatherings; she also held firm to the rule that partying and political shop talk do not mix.

James’s second term may have been made possible by Dolley’s ability to win friends and influence people.

In 1814, the British invaded Washington and burned down the White House and other buildings, but Dolley did remove the painting of George Washington and other valuables in the nick of time.

By 1815, after living in rented houses, the Madisons moved into a newly-rebuilt White House.

One very early photo exists of James and Dolly Madison during their dotage in the 1830s and of her with others towards the end of her life. A quite fascinating daguerreotype has her with the 11th President James Knox Polk and the 15th President James Buchanan at an 1849 social gathering. These can be viewed on Google.

SMALL SPACE GARDENING: Enjoy your garden after dark with landscape lightingGive Us Your Best Shot! for Thursday, May 19, 2022
Scroll to top