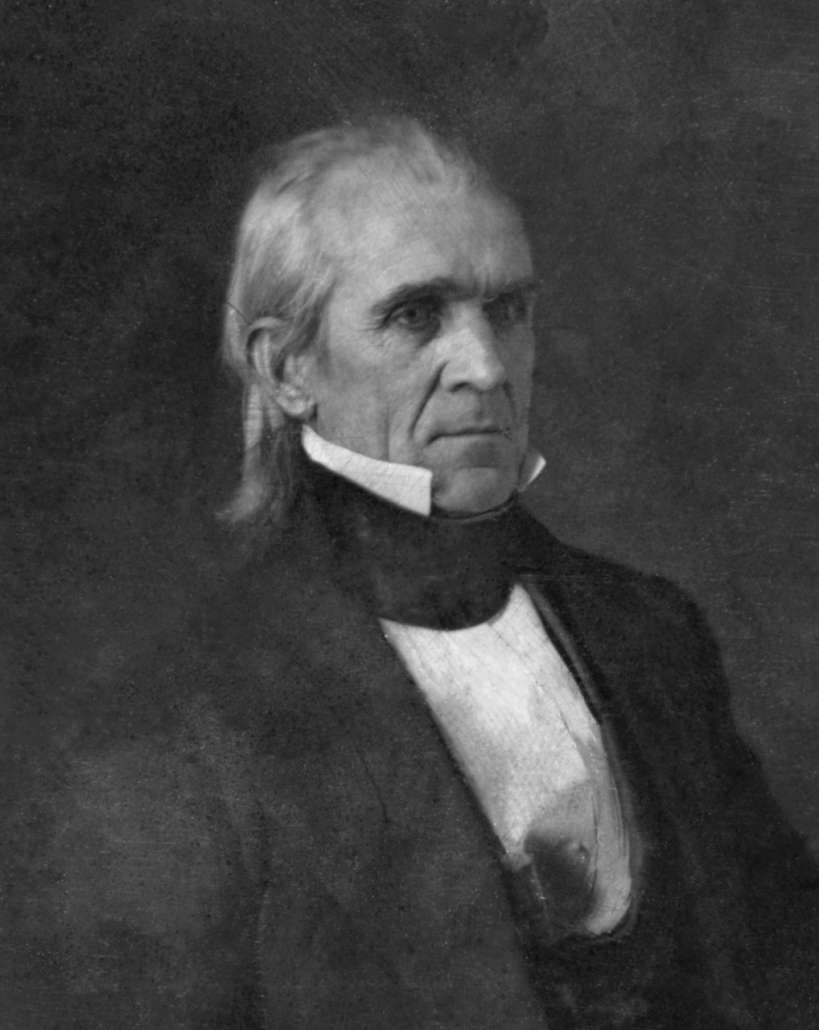 A Jacksonian Democrat, the 11th President James Knox Polk (1795-1849) promised to be a one-term leader and to do what needed to be done in that self-allotted time span. His style was secretive, in working quietly behind the scenes.

But he accomplished what he set out to do.

Among his achievements was the westward expansion of the United States into California and Oregon at the cost of a war with Mexico and some diplomatic hostilities with Great Britain over the expansion of Canada below British Columbia.

President Polk also put into effect the Walker Tariff of 1846 which greatly reduced the taxes on foreign goods which the Whig Tariff of 1842 had implemented, much to the anger of northern industrialists, who didn’t believe in the free market as Polk and his fellow Democrats did.

Finally, although Polk was a slave owner, he avoided the topic as much as possible in his speeches and policy decisions, much to the annoyance of certain southerners.

In the end, by holding to a mostly secretive below-the-radar management style, he managed to antagonize the radical Whigs and radical Democrats, both accusing him of mendacity in his secrecy. 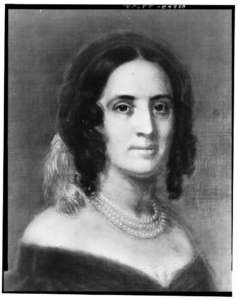 First Lady Sarah Childress Polk (1803-1891) was born into a very wealthy family in Murfreesboro, Tennessee, and sent away to the Moravian Institute, in Salem, North Carolina, then considered one of the finest private schools in the country.

The couple got married on New Year’s Day in 1824 and she was the totally supportive help mate whose advice her husband sought more often than from fellow politicians.

However, like a number of other First Ladies, she avoided political discussions like the plague at social gatherings. And, as a result, she got on well with visitors who were among themselves the bitterest enemies.

In her ever-fascinating, at times gossipy book, America’s First Ladies, Christine Sadler writes very captivatingly of Mrs. Polk, skillfully pinpointing how this presidential couple was truly joined at the hip:

“Rugged old Sam Houston once said in exasperation, and perhaps after he had imbibed a dram too much that the only fault with James Knox Polk, the president who literally worked himself to death, was that he was ‘addicted to the drinking of plain water. ‘ Some felt much the same way about Polk’s handsome wife, Sarah. Her disciplined goodness was apt to bore and then to irritate lesser mortals.

“She was vivid to look at-a real Spanish-beauty type with the air of a high-born Donna, and her dresses were of magnificent fabrics in gorgeous colors – but in personality she was determined to be colorless. She was gracious, democratic, affable, and pulled no conversational bloopers. She was well-educated and some have said that in some respects she was a better politician than her husband, but ladies of her day did not discuss politics – not if they were real ladies. Sarah Polk, with her belief in the non-controversial, would not have discussed it anyway. Her conversation, at which she was considered quite good, ran to exclamatory sentences such as, “Sir, I’ve never known it otherwise!’ and to little come-ons as, “How so, Sir?”

Sarah’s firmly Biblical Presbyterianism meant no booze, cards and dancing at the Polk White House and, to avoid further unnecessary expenses, no refreshments at all.
After one particular reception, the hungry and thirsty guests were able to adjourn to the home of a newly-found family friend Dolly Madison, who satisfied their appetites.

By the time the Polks left the White House in March 1849, his workaholic habits had destroyed his health. He died three months later at the age of 54; Sarah outlived him by 42 years and died in 1891 at 88.