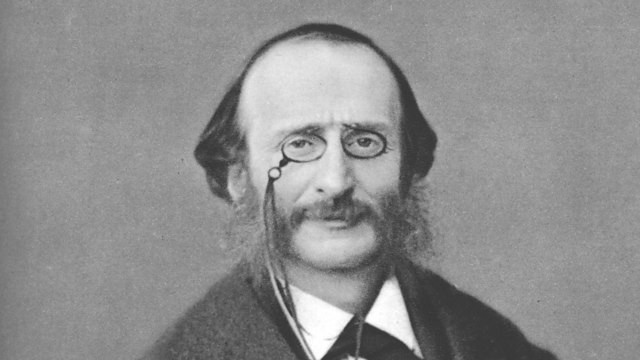 Jacques Offenbach (1819-1880) and Franz von Suppe (1819-1895) are each represented by three minute selections on this old 78 released more than 100 years ago. The Barcarolle comes from Offen­bach’s one opera, Tales of Hoffmann, although he composed about 80 operettas. He was born in Cologne, Germany, the son of a cantor for a synagogue in the city but lived and worked most of his life in Paris, France, where his satirical operettas had great popularity with the Court of Napoleon the 3rd and the Parisian audiences.

The composer also had good instincts for survival and spirited himself, wife and family out of France during the bloody 1848 Revolution and the 1870 Franco-Prussian War.

The Barcarolle is sweetly sung by the husband-and-wife team of William (1875-1966) and Elizabeth Wheeler (1875-1972). They participated in dozens of acoustic records for Victor and, in later years, taught voice at colleges. 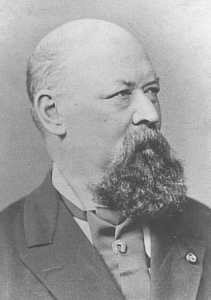 Suppe’s comic operetta, Fanitza, deals with a young Russian lieutenant involved in an escapade in which he’s disguised as a woman and is encountered by a superior officer, a hot-tempered elderly General who believes that he’s actually of the feminine gender and is attracted to him/her. Meanwhile, the young lieutenant is in love with the General’s niece. Being a comedy, the story ends on a happy note.

Trombonist Arthur Pryor (1869-1942) and his band left a huge catalog of 78s on the Victor record label where he also served as one of the staff arrangers and conductors. The Fanitza Selection medley is given a spunky performance.

For interested listeners, the Wheelers’ Barcarolle can be heard on the Google link for the ucsb recorded sound collection, entitled the Discography of American Historical Recordings, while the Fanitza is on YouTube.

As for anybody unacquainted with any music by either composer, I suggest the arguably most recognizable piece for each composer; Offenbach’s Can-Can and Von Suppe’s Light Cavalry Overture. Both selections can be heard in a number of different performances on YouTube.

Oklahoma Round-Up was broadcast from the Oklahoma City radio station, KOMA, but heard on the CBS radio network nationally during the mid-to-late 1940s. This 78 album features performers from the show – the Gruesome Twosome of banjo and harmonica players, Lem Hawkins and Hiram Higsbee; and the Cimarron Kids, Mary Lou, Dick and Ann who sing and yodel. The selections are two musical categories, hillbilly and western swing, with such titles as I’m Brandin’ My Darlin’ With My Heart, Rock Me to Sleep in My Saddle, the Sons of the Pioneers hit Cool Water, and My Blue Ridge Mountain Home. Old-fashioned, charming, hokey 78s of country music.

FOR YOUR HEALTH: You Could Be Part Of The 33 Percent I’M JUST CURIOUS: Cleaning tips, etc.
Scroll to top