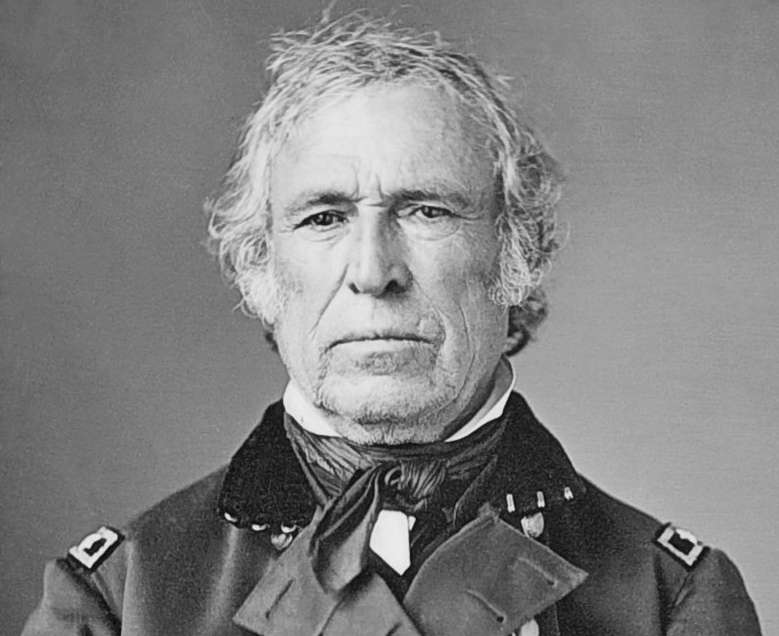 For all the fascination of the first 11 characters to occupy the White House, they did not grab my interest to quite the same degree as #12, Zachary Taylor (1784-1850), affectionately known as “Old Rough-and-Ready”.

The unsigned essayist in Volume 4 of the American Heritage Book of the Presidents and Famous Americans astutely made the case for Taylor’s phenomenal jump to fame during the mid-1840s as the Whig Party nominee for president:

“After nearly forty years of relative obscurity as a United States Army officer, Zachary Taylor suddenly found himself propelled to prominence by the war with Mexico. He had long been respected by his colleagues for his obvious ability to lead soldiers and for his bravery and effectiveness as a frontier commander. Although Andrew Jackson told James Polk that Taylor would be ‘the man to lead our armies ‘ in any war with England, junior officers criticized General Taylor’s lack of organization. But General Taylor was at his best once a fight was under way, improvising, and inspiring his men. It is said his sudden appearance on the battlefield at Buena Vista, and his coolness while his clothes were ripped by bullets, were enough to rally the American Army from the verge of defeat. He became an instant legend and a potential presidential candidate. ”

During his presidency, he stood firmly on California and New Mexico being admitted as states on their own terms instead of those dictated by the Henry Clay compromising Congress – and he knew they’d be free ones; thus he ticked off both Clay and his other fellow Whigs – and, although Taylor was a Southerner from Kentucky and a slaveholder, he alienated the Southern Democrats who were hoping for the expansion of slavery in those western states. When the South was talking about secession, Taylor even threatened to use military force to put down any revolt.

(Interestingly Taylor’s daughter Sarah got married in 1835 to future Confederacy President Jefferson Davis but died within four months from malaria at the age of 21 . Taylor was at first miffed when his daughter and Davis married without the permission of her parents, and, even though Davis also contracted malaria and almost died, Taylor blamed him for Sarah’s death. But years later he came to have a high regard for his son-in-law. ) 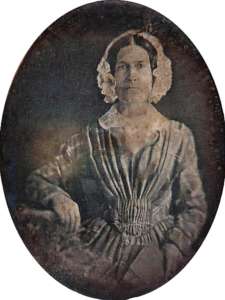 Zachary Taylor married Margaret Mackle Smith (1788-1852) in 1810. In addition to Sarah, they had five other daughters and a son. Two of the daughters died about the same time during very early childhood from what was termed “bilious fever” in 1820, then one of the hazards of frontier life when Taylor was serving at a military outpost.

Taylor’s wife, known affectionately as Peggy, was hoping that, after her husband resigned from the military, they could enjoy a much-needed retirement and was very upset when he felt called to run for president. During his administration, she let another daughter Mary Elizabeth (1824-1909) assume the duties of hostess and retired to her suite, receiving only a handful of visitors.

For decades, Margaret Taylor was the only First Lady of whom no photo or sketch existed until 2010 when a daguerreotype plate turned up and was verified as being of her.

On July 9, 1850, Zachary Taylor died from gastroenteritis which was believed to have been caused by eating some uncooked fruit and vegetables; he was 65.