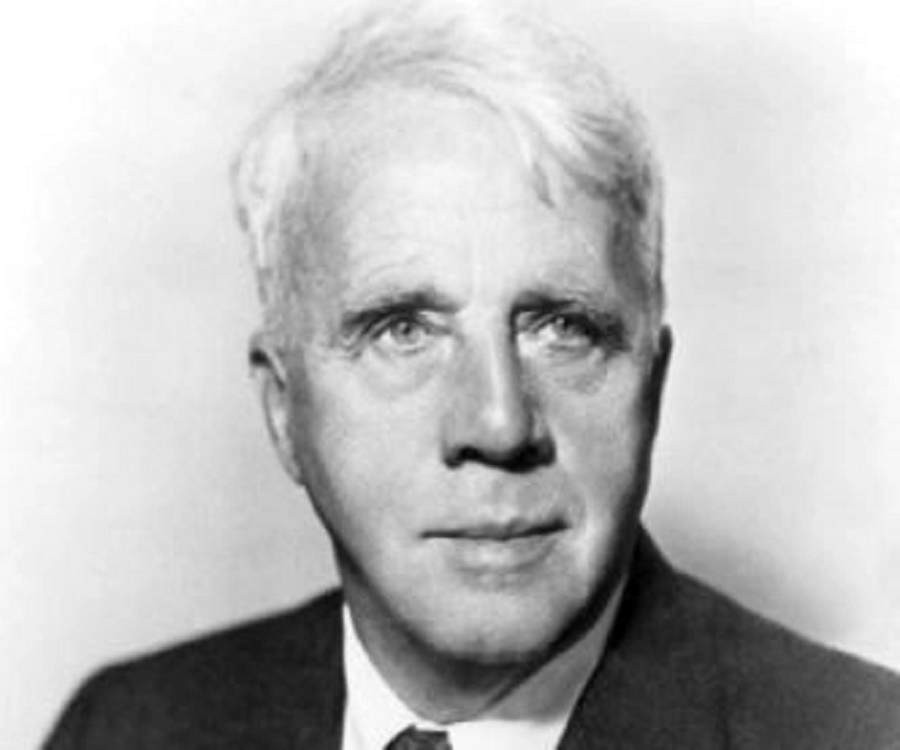 American poet Robert Frost (1874-1963) was one of the very few who could earn a living from poetry alone, not having to do other jobs . He was also the only winner of four Pulitzer prizes for poetry.

Frost’s main subject material was living in New England, mostly its trials and tribulations and a few moments of its joys. His poetic technique was the native colloquial speech of New Englanders and the poems had simplicity, infinite re-readability and deeply profound themes that resonated.

My favorites are The Road Not Taken, Stopping by Woods on a Snowy Evening (“Miles to go before I sleep”), Mending Wall (“Good neighbors make good fences”) and the very tragic Home Burial.

Robert Frost was very friendly and he could be difficult, to which many folks could reply, “So what else is new ?”

He and his wife, Elinor, had six children – four daughters and two sons. The two oldest daughters outlived their father while the two youngest died shortly after birth. The older son died at four years old of cholera; his younger one committed suicide at 38 years old. Elinor passed away in her early 60s in 1938 of a heart attack, himself during prostate surgery, at 88, in 1963.

Robert Frost had the honor of reading a poem in January, 1961, at JFK’s inauguration, and was given honorary degrees from several colleges and universities, even though he never graduated from one.

To conclude, a quote from his poem, The Road Not Taken:

“Two roads diverged in a yellow wood….I took the one less traveled by and that has made all the difference.”

FOR YOUR HEALTH: What to do if you lose your health insurance I’m Just Curious: Crazy August holidays
Scroll to top