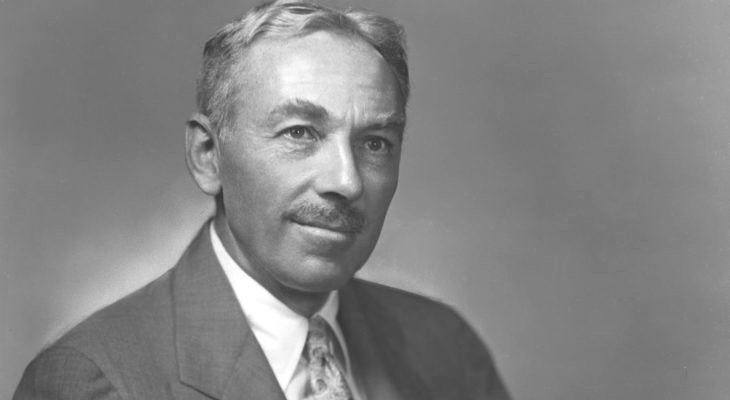 When I wrote about E.B. White’s Elements of Style for my February 14, 2019, column, I expressed my intent to devote another column or more in coming weeks, not only because of his phenomenal quality and quantity of writing, but also of the many years he and his wife lived in Maine.

I didn’t realize how soon until I received a phone call from Mrs. Janet Dow, with respect to my Valentine’s Day column. She told me of some paragraphs from White’s book, One Man’s Meat, in the form of a diary entry, devoted to the January 1941 night when the writer, his wife and their son slept at a China Village, Maine, inn owned by Mrs. Dow’s mother, Letha Wilson. Since China Village is located in my neck of the woods, this week’s column will consist of E.B. White’s paragraphs about that night:

Sunday. All three of us to the faraway doctor yesterday through snow and bad temper, the temper being mine; but it comes from my nose not my heart. The doctor took X-ray pictures of our son’s antra and wants to bore some holes in his head, which made me sick and discouraged all day and worried. We started driving back home just before dark, but I was doubtful that we could make it, as the snow had begun to drift across the highway and it was still snowing hard. Couldn’t see the road very well, so when we drew into the village of China I decided we had had enough of storm and bone cavities for one day, enough of doubts and slippery surfaces, so we drove into the garage of R.E. Coombs and he told us we might find lodging at an inn across the way.

No lights showed, but we waded up to the door and were welcomed by Mrs. Wilson, the proprietress, who was surprised to find guests in winter but took us in anyway and gave us some Saturday-night baked beans and brown bread with a dessert of preserved strawberries; and we moved the davenport from the living room into a big chamber across the hall to make the third bed. After supper we had a talk with our hostess about education, a subject on which she turned out to be an authority, because in winter-time, when innkeeping is slow, she occupies herself by teaching a district school and has nine schools under her.

She thought consolidation of schools in her town would probably be a good thing, but that there was strong opposition to it. And she told us that, although the disadvantages of the one-room school were very great, there were some compensating things too, principally that the pupils in such a school gained of necessity a certain independence at an early age, realizing that they had to progress in scholarship almost unassisted if they were to progress at all. She had taught also in Augusta, where she had only one grade to instruct, and she said it was noticeable how much more reliant on the teacher were the pupils there than in the country school.

I believe that, too, and my guess is that the Little Red School of yesterday produced a lower average of intelligence but produced occasional individuals who had the very best education there is, namely the knack and the will to seek and gain knowledge independently, without having it spooned out.