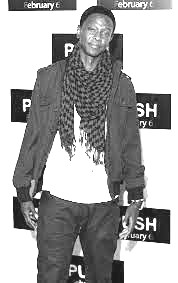 A Netflix series, The Startup involves a cast of characters who are way too connected with each other for their own good. The locale is contemporary Miami, Florida, with its exotic palm trees and beaches, the year round weather ranging from balmy to scorching hot, and cesspools of criminality all too often on both sides of the law. Otmara Marrero portrays a skilled computer hacker, Adam Brody is a financial manager laundering money for his corrupt father, Edi Gathegi is a Haitian gang leader who threatens them with harm but then collaborates with them in a nefarious scheme (Gathegi was very good as the evil Mr. Robinson on NBC’s Black List), Martin Freeman is an FBI agent involved in his own racket on the wrong side of the law and murders a fellow agent who knows too much, while Aaron Yoo is a multi-billionaire who invests lots of money in the group scheme and who has a dangerous security chief named Vera who’s not as trusting as her boss. 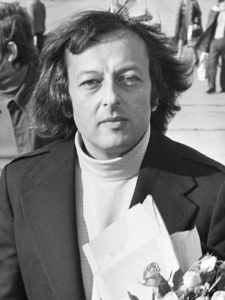 “The Kennebec was gray glass again, next dawn and next and next. It grew blacker as the days went by. In the third night the drums began, a single stroke, now and then, low bass and far away, rolling and reverating along the hills. Next morning there were white cracks on the dark drumhead to show where the drumsticks had struck. All at once, at four o’clock, the whole stretch of the river below the Augusta falls blossomed out with children in bright scarves, just out of school. A thousand young farmers and townsmen ground bark, cut figure eights, and yelled themselves hoarse at Ring-Leavo. Fat boys of six on their first skates stared wide-eyed at the green water weeds hanging still and going down into fearful darkness under their toes. At night bonfires ran down the river from bend to bend. Flame answered flame from Skowhegan to Swan Island. Everybody but those in slippers and those in the cradle was out on the ice. And next afternoon the horses had taken to the new ice highway that connected all the Kennebec towns. Men flew along behind them, mountains of robes in narrow sleighs. Their big mustaches smoked, and their breaths clung to them like mufflers straining out behind.”