Rider of the Law 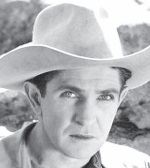 Actor Bob Steele (1907-1988) was very well known for the B westerns of the ‘30s and ‘40s, in which he portrayed, more often than not, the hero. Rider of the Law features an Arizona town under siege by a gang of outlaws and, of course, lacking any law enforcement with real spine. A stage arrives with a, to put it politely, wimpy Easterner, who has no clue how to mount a horse, let alone fend for himself. In due time, the newcomer reveals himself, however, to be skilled with both gun, fists and horsemanship, and as the appointed marshal of the town, going undercover to learn the lay of the land. Bob Steele’s characterization of the marshal conveys above-average talent, especially the comic antics he engages in while undercover. Finally, the director of the film, Robert N. Bradbury (1886-1949), was Steele’s father.

All in all, a very compelling film !

Yet another, very talented conductor from below the radar, Rudolf Albert (1918-1992), showed a gift for alive, exciting recordings of classical works that had been played in concerts and recorded too often; this Wagner program is no exception, definitely worth seeking by interested collectors. I own several of his records and testify to his very high level of work, even more so than some of the so-called “world’s greatest conductors, ” their advantage being better press agents! 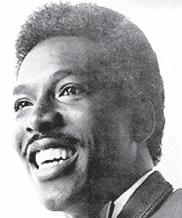 The late Wilson Pickett (1941-2006) was not only a hugely successful rhythm and blues singer/songwriter, selling millions of records, but also a gifted one, whose feisty, invigorating delivery, timing and musicianship made so many of his singles and albums, including the above posted one, worth hearing and owning as part of any well-rounded recording collection. Two special favorites are In the Midnight Hour and It’s All Over, both written with Steve Cropper. Finally, the vocal and instrumental support, which included Booker T. and the MGs, was galvanizing.

Pickett died of a heart attack at 64 and Little Richard delivered a eulogy.

GARDEN WORKS: Could this be an answer to a free, locally-available source of... I’m Just Curious: Dictionaries
Scroll to top