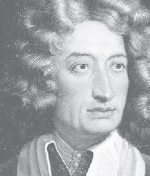 One of a select group of baroque composers who wrote truly beautiful music for both the flute and recorder, Jean-Baptiste Loeillet (1680-1730) was born in Belgium, became a very talented player on the flute and harpsichord during early childhood, and traveled to England at 25 years old where he settled for life. He composed mainly for the flute, taught and arranged concerts for the wealthy, through which he became financially quite comfortable.

The performances are superb, and, fortunately for those with a record player, the album is still available through several Amazon vendors for prices starting at six dollars.

The Rodgers and Hammerstein musical Carousel began as a hugely successful Broadway musical in 1945, but its transformation into a film shot in exquisite living color, and with better singers, superior orchestration by Alfred Newman and, for most of the film, the backdrop of our own Boothbay Harbor, turned it into a true cinematic classic – worthy of the several best film lists it has made. It and the 1945 State Farm are my two favorite R & H films.

The manner in which the movie segues at the beginning from a mundane conversation in heaven to the glorious Carousel Waltz is a case in point. Three of the greatest songs in Broadway musical history – If I Loved You, When the Children Are Asleep, and You’ll Never Walk Alone – are given the best performances they have ever received in the most pleasing seaside settings. The choreography along the marina and, later, on a lonely beach are dazzling set pieces of limber, supple virtuosity. And watching Gordon MacRae, Shirley Jones and Barbara Ruark singing in their prime is a singular pleasure!

The conductor, Gennady Rozhdestvensky, is, at 85, one of the more accomplished and interesting conductors to have emerged since the early ‘60s. First, he is accomplished because he was barely 22 years old when he was scoring successes in his appearances with various major Russian orchestras and both the Bolshoi Opera and Ballet through live appearances and recordings. He also has upwards of 1,500 musical works of a wide range of composers committed to memory. Finally, all of the recordings I have heard of his are consistently good, unlike several of the shining stars of the firmament of today. And I own at least a shelf of them. 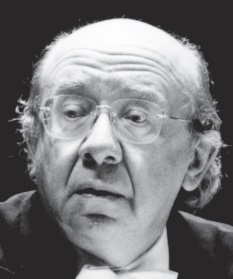 Secondly, he is interesting because of the manner in which he conducts. I once saw him live in Boston’s Symphony Hall back in ’73 when he was on tour with the Leningrad Philharmonic (now, since the fall of the former Soviet Union, referred to as the Saint Petersburg Philharmonic.). That evening, he used very precise but conventional gestures.

However, I have seen footage of him not conducting the orchestra at all while it is playing but walking around the stage smiling a lot, yet barely moving his arms. Other times, he has been known to flail his arms without the baton or grabbing it with both hands effortfully, as though it weighed 50 pounds. Still, he gets quality work while being the ham!

The Berlioz Symphonie Fantastique is one of my favorite works to collect in duplicate recordings and, it being a special favorite, I own at least 40. Rozhdestvensky’s LP is good but not great. My absolute favorite is the 1975 recording of Herbert von Karajan with the Berlin Philharmonic has been available through Amazon and its vendors as a CD for years and, more often than not, inexpensive. The third movement, Scene in the Fields, has rarely sounded more serene or sublime while the fifth movement’s Dream of a Witch’s Sabbath is most colorful and ominous.