How I Started Collecting Records- Part 2!

With respect to the Burl Ives 78s discussed in last week’s column, I had the privilege of interviewing the head producer for Columbia’s popular records division and later tv sing along personality, Mitch Miller (1911-2010) in 1992 at Houston’s Lancaster Hotel. When I inquired about the records, he replied that he was present during the 1949-1950 recording sessions and commissioned many of the songs from songwriters. Also the men’s chorus supporting Ives were later members of Mitch’s tv sing along gang ! (Part 3 next week.) 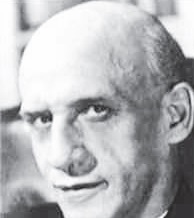 Dimitri Mitropoulos (1896-1960) was yet another of several gifted conductors, alive and dead, who are on my list of favorites. He spent nine years, 1949-1958, as music director of the New York Philharmonic. Here he encountered much disrespect, back biting and other forms of nastiness from players, critics, board members and, most of all, from his successor, the far more well known Leonard Bernstein, who routinely undercut him any way he could while publicly proclaiming the older man as a beloved mentor and the closest of friends.

Meanwhile, despite this cesspool, he conducted many fine performances of a repertoire ranging from Mozart to 20th century composers such as Copland, Shostakovich, etc. The Prokofiev record of excerpts from his great and very popular ballet is a very exciting one. For those who don’t recognize the title beyond its connection to Shakespeare, certain melodies have used on tv and in movies as background.

In private life, he was a very kind, caring man. In order to help others in need, he lived in a second rate hotel and ate in cheap cafeterias and greasy spoons.; thus his earnings assisted with the basic needs of food, lodging, etc., for those unfortunates who came to his attention. He routinely emptied his pockets for the panhandlers.

Finally, he was a lifelong chain smoker, thus suffering from high blood pressure throughout most of his New York Philharmonic years. Both ironically and sadly, after leaving New York in 1958, he encountered greater respect and opportunities conducting in Europe, but his health problems worsened. On November 1st, 1960, in Milan, Italy, he suffered a fatal heart attack on the podium while rehearsing for an eagerly awaited performance of the Mahler 3rd Symphony.

The plot line of this piece of very light entertainment centers on a most lovable crawler of a baby boy, whose parents are beyond super-rich, and his abduction by three hoodlums, posing as baby photographers. It is quite fun from when the baby crawls off to wander around the city and the three kidnappers unleash a Pandora’s Box of grueling pain trying to get him back.

A. A gorilla protecting the baby brings his fist down on the kidnapper’s hand when the latter tries to snatch the child .
B. The leader of the gang hides little guy inside his coat when two cops walk over to question him. The baby starts a lighter inside the pants, waving it back and forth in front of the hood’s zippered area.

Great fun, despite the movie itself being a box office failure in the US!